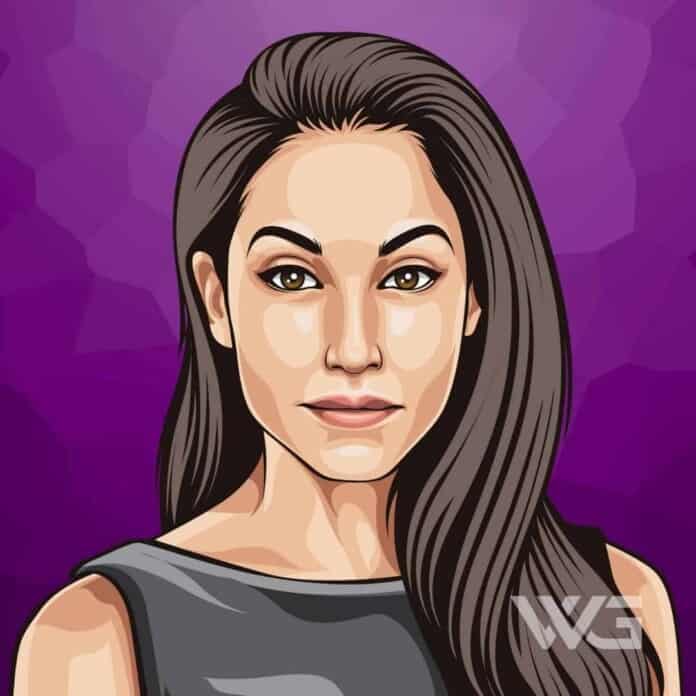 What is Emily Compagno’s net worth?

As of December 2022, Emily Compagno’s net worth is estimated to be roughly $1.5 Million.

Emily Compagno is an on-air legal and sports business analyst, attorney, and former cheerleader for the Oakland Raiders. Compagno is based in Seattle, Washington, and San Francisco.

Emily Compagno was born on the 9th of November, 1979, in Oak Knoll, California. She is based in Seattle, Washington, and San Francisco.

Her sister Natalie has traveled to 85 countries and writes for several international travel publications. Similarly, Julietta is the co-founder of Sproutable which is a website focused on supporting parents to raise remarkable kids.

The beautiful cheerleader, Emily Compagno was working as a criminal defense attorney near San Francisco when she joined Raiderettes, the cheerleading squad for the Oakland Raiders. Likewise, she became the squad’s captain and served as one if four NFL cheerleaders.

Similarly, she worked as a civil litigator and later landed a position as a general attorney at the Social Security Administration between 2010 and 2014.

Moreover, while working as a reporter, she covered the PAC 12 sports event and hosted professional sports features and Fanspeak segments.

With all the hard work and dedications, she has earned a lot of money. Talking about her net worth it is estimated to be $1.5 Million US Dollars. There is no information about how much her salary is but we can estimate it to be a good amount.

Here are some of the best highlights of Emily Compagno’s career:

“To literally everybody’s total surprise (& New Jersey’s delight), Wyoming-based chain Taco John’s registered #TacoTuesday in December 1989, and have rights to it everywhere in the US except NJ. And they aggressively pursue infringers.” – Emily Compagno

“This weak mayor’s ineffective message & delivery is appalling. Portland needs its figurehead to clearly, unequivocally ensure 0 tolerance for violence, & protection for those who abide the law. This sure as hell wasn’t it. No wonder residents are disgusted.” – Emily Compagno

“In honor of #Apollo11, here’s me at @SpaceCampUSA-summer camp for budding astronauts at the US Space & Rocket Center. Here’s to dreaming & to this historical, momentous day- & to all who have dedicated & given their lives to the mission of space exploration. Happy #apollo50!” – Emily Compagno

Now that you know all about Emily Compagno’s net worth, and how she achieved success; let’s take a look at some of the lessons we can learn from her:

1. The “Easy” Road Ends Up Being More Difficult

This is probably one of the earliest “big” lessons we learn.

When something seems too good to be true, it usually is. Handouts don’t happen. Free things aren’t really free. As one of my mentors would say, “If you tell me quick and easy, I think long and difficult.”

2. The Roller Coaster of Love Needs a Speed Limit

A lot of people have trouble with this one. You know those relationships that start out going a million miles an hour? The ones where you stay locked in their apartment for three days straight staring into each other’s eyes? The ones where you start talking about spending your whole lives together after only three months?

A terrible habit quite a few people fall into is believing that “one day” it’ll all come together.

What does that even mean, “one day”? What are you going to do, wake up and find yourself in a $5-million mansion with two Ferraris parked outside?

How much is Emily Compagno worth?

Emily Compagno’s net worth is estimated to be $1.5 Million.

How old is Emily Compagno?

How tall is Emily Compagno?

Emily Compagno is currently working as an on-air legal and sports business analyst. She also regularly appears as a guest commentator on the Fox Network.

What do you think about Emily Compagno’s net worth? Leave a comment below.