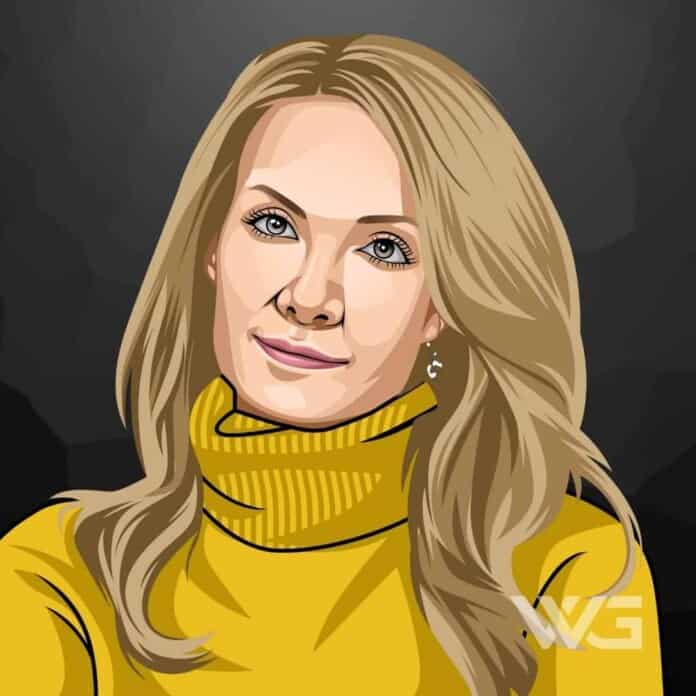 What is Dana Perino’s net worth?

As of December 2022, Dana Perino’s net worth is estimated to be roughly $6 Million.

Dana Perino is an American political commentator and author who is best known for serving as the twenty-fourth White House Press Secretary, serving under President George W. Bush from September 14, 2007, to January 20, 2009.

Dana Marie Perino was born on the 9th of May, 1972, in Evanston. Perino is the daughter of Janice “Jan” and Leo Perino, and grew up in Denver, Colorado.

Two of her paternal great-grandparents were Italian immigrants. She attended Ponderosa High School in Parker, a suburb southeast of Denver.

Perino went on to obtain a master’s degree in public affairs reporting from the University of Illinois Springfield. During her time at UIS, she also worked for WCIA, a CBS affiliate, as a daily reporter covering the Illinois Capitol.

She next worked in Washington, D.C. for Congressman Scott McInnis as a staff assistant before serving nearly four years as the press secretary for Rep. Dan Schaefer, who then chaired the House Commerce Subcommittee on Energy and Power.

After Schaefer announced his retirement in 1998, Perino and husband Peter McMahon moved to England.

In 2001, Perino returned to Washington, D.C., and secured a position as a spokesperson for the Department of Justice, at which she served for two years.

Perino then joined the White House staff as the Associate director of communications for the White House Council on Environmental Quality (CEQ), where she provided strategic advice on message development, media relations and public outreach.

Here are some of the best highlights of Dana Perino’s career:

“What I do see in New York and I am amazed is how many rich women will complain about the cost of something and get things for free. I would never want to be like them, but I can see why they save money.” – Dana Perino

“I think, certainly, in history, if you look back, a lot of people would go through their careers, build a business, or be a doctor, lawyer, and then they would go and do public service later on in their careers.” – Dana Perino

“Hardest job in America is being a single mom. There are a lot of them and a lot of them in Baltimore and I think that they absolutely do their best. They can’t keep continuing to do their best if businesses flee the city.” – Dana Perino

“I’m sure lots of people would love to ridicule me when I say this, but it is true: many people die from cold-related deaths every winter, and here are studies that say that climate change in certain areas of the world would help those individuals.” – Dana Perino

“Senator Lugar will also travel to Libya for official meetings as a part of the president’s initiative to move toward more normal relations reflecting that country’s renunciation of terrorism and abandonment of its weapons of mass destruction and longer-range missiles.” – Dana Perino

Now that you know all about Dana Perino’s net worth, and how she achieved success; let’s take a look at some of the lessons we can learn from her:

1. Never Be Afraid To Move

As an ambitious young professional, know that it’s okay to move—not just geographically, but to another job opportunity. And that applies even to companies and organizations considered the gold standard in their industry, be it finance, media, technology, publishing, government or anything else.

When you work for the best, it’s sometimes very difficult to leave because you worry that nothing else will ever measure up.

A productive outcome in business can mean losing a valuable member of your team. Successful managers should encourage their employees to grow so they can be promoted or even move on to another job.

Losing an employee can be inconvenient, but it’s also proof that you helped your employees develop valuable skills. If an employee is stuck, ask yourself why. It may not be completely their fault.

3. Love Is Not a Career Killer

In 1998, Perino was debating whether or not to move to England with her husband Peter. A good family friend told her,

“If you do anything in life, don’t give up on a chance to be loved—he may be the only man who will ever truly love you. Don’t miss it.”

Her friend gave her the courage to make the move. Choosing to be loved was the best decision of Perino’s life.

How much is Dana Perino worth?

Dana Perino’s net worth is estimated to be $6 Million.

How old is Dana Perino?

How tall is Dana Perino?

Dana Perino is an American political commentator who went on to become the spokesperson for the Department of Justice in 2001 and eventually rose to the position of Deputy Press Secretary under George W. Bush. She took over full Press Secretary duties from 2007-2008.

As of December 2022, Dana Perino’s net worth is approximately $6 Million.

What do you think about Dana Perino’s net worth? Leave a comment below.