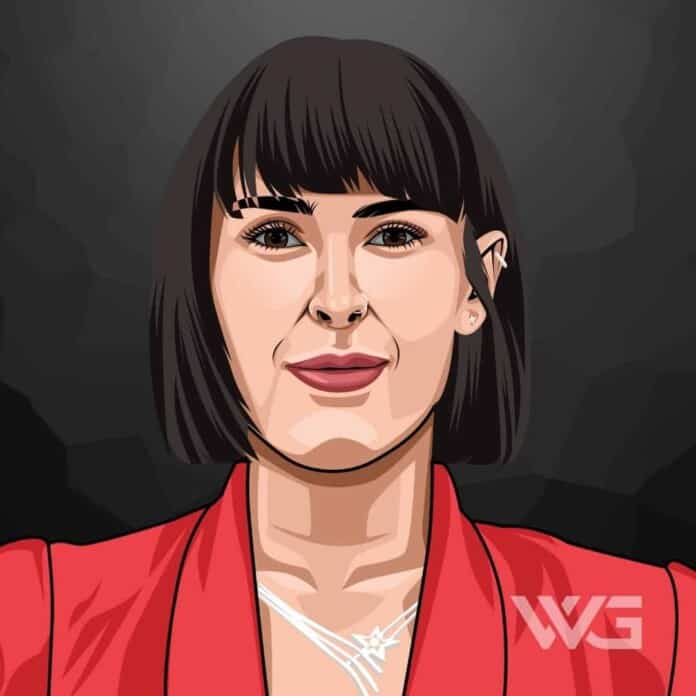 What is Rumer Willis’ net worth?

Rumer Willis is an American actress and singer from Kentucky.

Willis is the eldest daughter of actors Bruce Willis and Demi Moore. She has appeared in films ‘Hostage’, ‘The House Bunny’, ‘Sorority Row’ and ‘Once Upon a Time in Hollywood’.

Rumer Glenn Willis was born on the 16th of August, 1988, in Paducah, Kentucky. Willis is the daughter to Bruce Willis and Demi Moore.

In 2008, she took on a job as a spokesperson for the apparel company, Ocean Pacific. The same year she was also featured in the comedy ‘The House of Bunny’ and the horror movie, ‘From Within’.

Willis appeared as Maya in the film ‘The Odd Way Home’ in 2013. By then she was a known name in Hollywood.

She went on to make a number of guest appearances on television serials that include ‘Miss Guided’, ‘Army Wives’, ‘CSI: NY, ‘The Secret Life of the American Teenager’ ‘Hawaii Five – 0’ and ‘Workaholics’.

In 2013, she portrayed Zoe in the fourth season on ‘Pretty Little Liars’ and in 2015 she made her Broadway debut as Roxie in ‘Chicago’.

This was followed by her appearance in season 3 of FOX’s musical – drama, ‘Empire’.

She competed in season 20 of ‘Dancing with the Stars’ with her partner, Valentin Chmerkovskiy.

She was awarded the highest score of the night for her performance in the first week and two perfect scores in week 8 of the show.

Here are some of the best highlights of Rumer Willis’ career:

“Everybody is going to have an opinion on you; not everyone is going to like you. You can’t live your life based on other people’s opinions of you or let that change what you do or how you feel about yourself, because then you’re not living.” – Rumer Willis

“Being stick skinny to the extent where you can see your bones through your skin is not a good look. You don’t need to be that to be beautiful or to be perfect or to fit in. Who you are is exactly who you should be. You can’t let other people dictate your life or how you feel about yourself because then you’re not living.” – Rumer Willis

“For a while, I thought about studying medicine at school and becoming a doctor because I’ve always been interested in psychology and how people’s minds operate. But I’m able to explore some of that as an actor and ultimately I think it seems more interesting.” – Rumer Willis

Now that you know all about Rumer Willis’ net worth, and how she achieved success; let’s take a look at some of the lessons we can learn from her:

Life is an experiment in which you may fail or succeed. Explore more, expect least.

Be patient and open-minded in your interactions with others; find the positive attributes that they possess.

3. Be Kind To The People Around You

When you start giving, instead of getting, you make a difference. You can always give a warm smile, a sincere hello, a positive vibe… your attention, your time, your love, and kindness to those around you.

How much is Rumer Willis worth?

Rumer Willis’ net worth is estimated to be $4 Million.

How old is Rumer Willis?

How tall is Rumer Willis?

Rumer Willis is an American actress and singer, best known for winning the 20th season of the television reality show ‘Dancing with the Stars’.

She is the eldest daughter of Hollywood actors, Bruce Willis and Demi Moore, who have supported her acting career that began at the age of five.

What do you think about Rumer Willis’ net worth? Leave a comment below.

What is James Harden's net worth? Introduction As of ,...