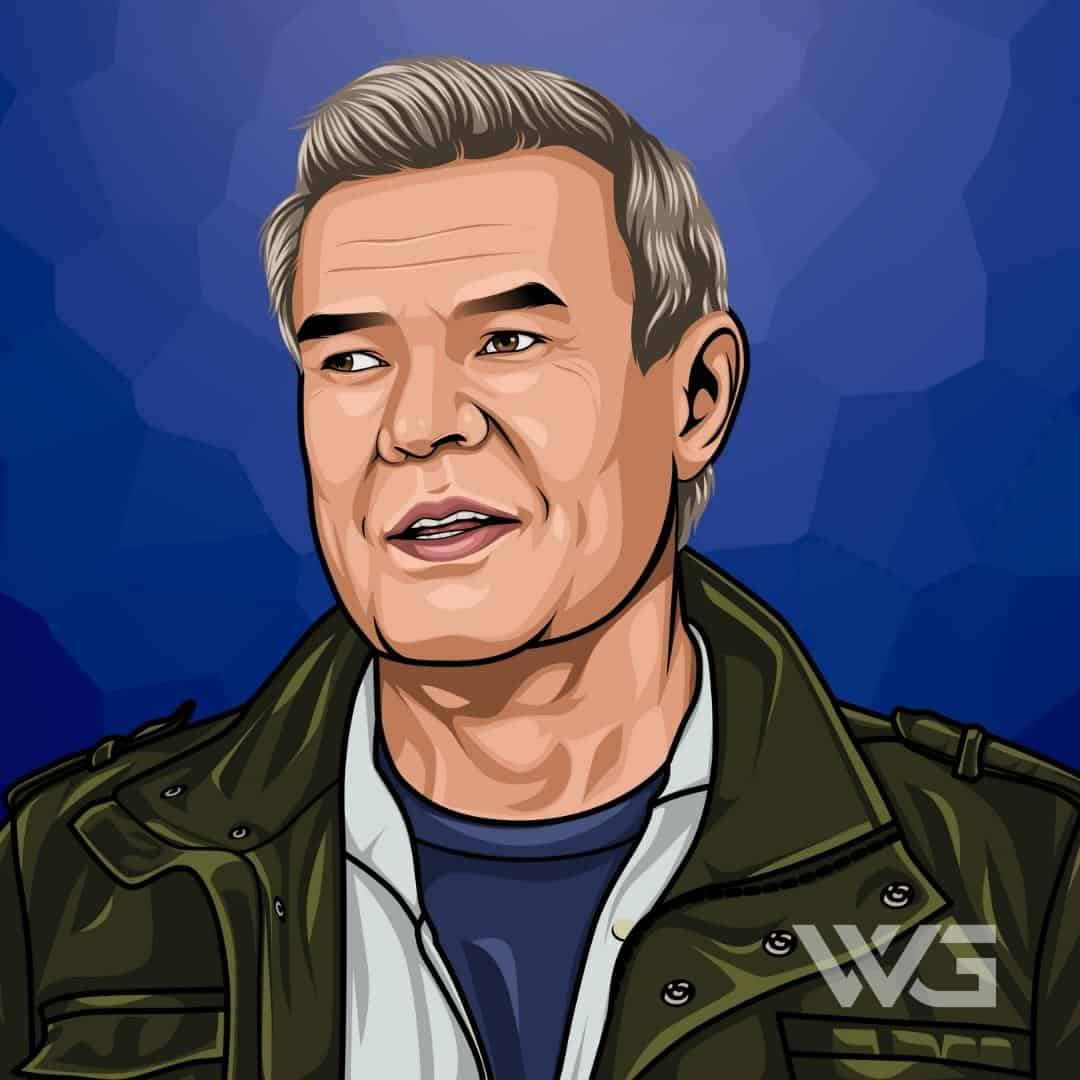 What is Eric Bischoff’s net worth?

Eric Bischoff, the successful television producer, manager, and occasional wrestler, is one of the most powerful men in sports entertainment. He is well-known for his work with WCW, WWE, and TNA.

He has many business interests, including construction, a production company called Bishoff-Hervey, and a brewery in Cody, Wyoming that produces Buffalo Bill Cody Beer.

Most of his wealth comes from construction, beer brewing, and professional wrestling ventures.

Eric Aaron Bischoff was born May 27, 1955, in Michigan, United States of America.

He graduated from the University of Minnesota with a Bachelor of Science degree and also earned a degree in Business Administration.

After finishing university, he started working on different types of business ideas.

To help bring in more income, Eric worked as a male model and then started working as a meat packer. He’d drive his truck around nearby towns, delivering beef directly to customers.

He started running a construction company shortly after, which went on to be incredibly successful.

After trying his hand at various other jobs, including working as a veterinary assistant and a professional kickboxer, he realized that wrestling was what he really wanted to do.

Bischoff worked with the American Wrestling Association for five years before the company folded.

Eric launched Nitro late in 1995, and with the huge profits, made his way up the ladder to President of World Championship Wrestling.

He became a writer and on-screen personality and after WWF bought the company in 2001, they fired Eric altogether.

This prompted him to move to WWE and quickly worked his way up to General Manager of RAW. He worked for WWE for three years, but after having a romantic dalliance with a fellow employee and feuding with the legendary John Cena, he was fired from the company.

Eric joined TNA in 2010 and once again became General Manager, working as an on-screen personality and backstage producer. He then claimed that the organization had lost control, which resulted in Eric quitting and then suing the company.

Following one of his passions, he started his own production company, Bischoff-Hervey Entertainment, along with a wrestling fan and actor, Jason Hervey.

Throughout 2017, the production company has mainly released reality television shows, including “Girls Gone Wild”, “Scott Baio is 45…and Single”, “I Want to Be a Hilton” and many more.

In recent years, Eric hasn’t appeared on television as much as he used to. However, he did appear on TNT in 2020, which was his first appearance since 2000.

In 2021, he appeared on “Dynamite” at an Inner Circle Press Conference and later hosted a party for the conference.

He’s appeared with some of the greats in wrestling including, Hulk Hogan, Ric Flair, Kane, and Vince McMahon.

Eric Bischoff has made most of his money through his wrestling career and from his investment in his construction company.

With his latest ventures in the digital game space, Eric is sure to increase his income through fees and royalties.

While his retirement from wrestling is still up for debate, he’s not been seen for a while in the ring, and his other business interests are shaping up to be particularly lucrative.

Eric has always been entrepreneurial, preferring to create his own opportunities and add value to the businesses he joined or created.

His impact on wrestling has been acknowledged by the likes of Hulk Hogan, Brock Lesnar, and Dwane Johnson, amongst others.

Here’s a breakdown of Eric Bischoff’s annual net worth:

Eric is no longer as active in the wrestling world as he once was and we can assume that he’s more focused on his film production and digital gaming companies.

Eric married his wife, Loree, in 1984 and had two children, Montanna and Garett.

His son went on to follow in his father’s footsteps and made a debut as a referee and then a wrestler for TNA in 2010.

He currently resides in Arizona where he and his family live their luxurious life while helping Eric run his brewing company.

Eric has fulfilled many roles within professional wrestling, both in management and in the ring, which meant that he didn’t quite fulfill his promise as a championship wrestler.

But his skills are such, that he did manage at least one Championship win in his career, as well as a few lesser accolades.

Here are some of the more memorable moments from Eric Bischoff’s career:

With Eric taking a less prominent role in wrestling, we are not likely to see him on the winner’s podium again. However, his production company is still very active and he’s sure to produce some memorable movies in the years ahead.

How Does Eric Bischoff Spend His Money?

Owning a construction company, Eric knows the value of property and Eric currently resides in Arizona with his family, in a house worth over $12 million.

Eric is not known for spending a lot of money on the most expensive cars in the world, even if he can easily afford them.

As one would expect from a hard-working blue-collar contractor, he currently drives a pickup truck. His official Instagram account reveals what he is currently up to and what new business ventures he’s pursuing.

What Eric’s career lacked in awards and championship wins, he made up for in controversy and excitement.

With his solid education in business studies and a solid work ethic, Eric built up profitable businesses that maintained his wealth, despite setbacks in the wrestling arena.

Here are some of the best highlights of Eric Bischoff’s career:

This is just one of the many business interests that keep him busy and out of the ring these days.

With his experience in front of the microphone, Eric is never at a loss for words; usually something profound as well as entertaining.

He took his role in wrestling extremely seriously, always looking for ways to improve the show and working hard to keep the fans happy.

Here are our favorite quotes from Eric Bischoff:

With a solid business head on his shoulders, Eric knows exactly what it takes o create value in business and life.

He’s also weathered a few storms in his career and come out the other side, if not richer, certainly wiser.

Now that you know all about Eric Bischoff’s net worth, here are some of the best success lessons to learn from Eric Bischoff:

Eric received a lot of hate throughout his career, but he never let it stop him. He believes that there will always be haters, but why dwell on their words when you can achieve everything they said you couldn’t?

2. In Wrestling, It Is All About The Audience

There have been many wrestlers over the years, including Eric, who have not won the match but won the hearts of the fans. He truly believes that the impact you make inside the ring is how you win.

3. Keep Moving Forward Don’t Focus On The Past

Eric doesn’t focus on his past career wins and losses, but rather on what he can achieve going forward.

Eric has become one of the best sports entertainers in wrestling while at the same time pursuing his other business goals.

He’s become the most successful TV producer in World Wrestling and has created a thriving film production company into the bargain.

Despite his failures and some bad luck, he’s made an impact on sports entertainment that will endure. We probably won’t see much of Eric in the ring in the future, but he has plenty of other ventures in the offing to keep him busy.

What do you think about Eric Bischoff’s net worth? Leave a comment below.