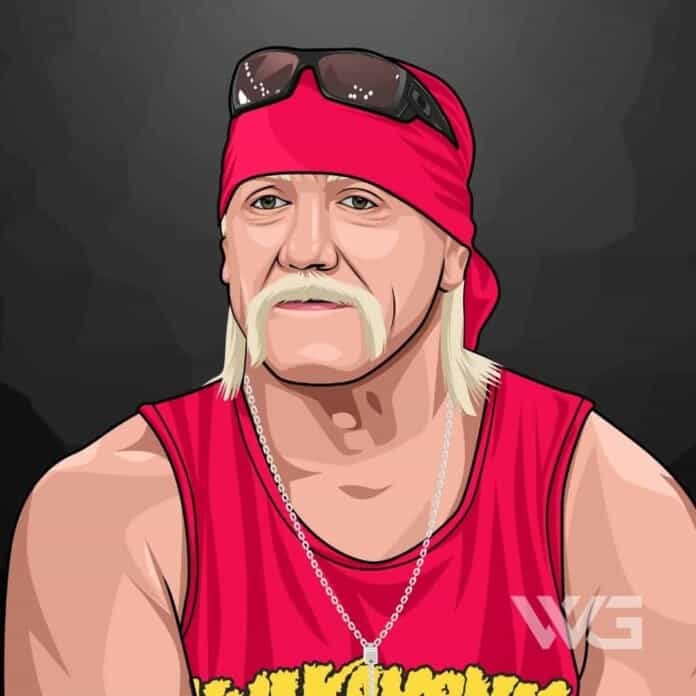 What is Hulk Hogan’s net worth?

As of February 2023, Hulk Hogan’s net worth is roughly $25 Million, which makes him one of the richest wrestlers in the world; however, he’s not quite as wealthy as the likes of Dwayne Johnson and John Cena.

Hulk Hogan is one of the most recognized names in wrestling. He is a twelve-time world champion, a six-time WWF Champion, and a six-time WCW World Heavyweight Champion. Hogan also has a notable acting career, with movies such as Mr. Nanny.

Hulk Hogan was born Terry Eugene Bolla on the 11th of August 1953 in Augusta, Georgia. His family moved to Port Tampa, Florida, where he became involved in baseball.

An injury ended his baseball career, but not before he caught the attention of scouts from the New York Yankees and Cincinnati Reds. At 16 he began watching pro wrestling and looked up to Dusty Rhodes.

Hogan dropped out of college to play bass for the band Ruckus, which became popular in the Tampa Bay region. His band played in several bars, and his size caught the attention of Jack and Gerald Brisco, brothers who wrestled together.

The Briscos asked a trainer for Championship Wrestling from Florida to train Hogan. He began wrestling under the persona of “The Super Destroyer” before leaving the CWF. He then went on to wrestle in a duo called Terry and Ed Boulder.

In 1979 Vincent McMahon, the owner of the WWIF, noticed Hogan’s talent. At the time he was still wrestling under his name of Bollea, but due to his size he gained the name “Hulk”.

His debut match was against Andre the Giant, which Hogan won. This match made his name known throughout the wrestling community and with fans worldwide.

In 1984 he won his first WWF championship belt following his win against the Iron Sheik. Hogan quickly rose to superstardom and boosted wrestling’s popularity among the public.

His acting career began in 1982 with a role in Rocky III, and then followed with movies such as Super Nanny. His career was terminated in the early 90s when he admitted to drug abuse.

However, he made a comeback in 1996 and reinvented himself as “Hollywood Hogan”. He became part of a team with Kevin Nash and Scott Hall, returning to his former success. In 2005 he created a show called Hogan Knows Best, following the life of him and his family.

Here are some of the best highlights of Hulk Hogan’s career:

“I woke up and realized life is great and people are awesome and life is worth living.” – Hulk Hogan

“Whether my ribs are busted up or not, I’m gonna defend this World Heavyweight Title, man. It’s everything I believe in, all those little Hulksters, and it stands for America, brother!” – Hulk Hogan

“Well you know they said it was my last ride man! Yesterday when I finished hanging and banging. When I jumped on the Harley man. As I went thru the intersection. As I headed for the mountains, some of the nonbelievers in the gym said, “See ya later Hulkster, man! This is your last ride.” It ate me alive brothers.” – Hulk Hogan

How much is Hulk Hogan worth?

Hulk Hogan’s net worth is estimated to be $25 Million.

How old is Hulk Hogan?

How tall is Hulk Hogan?

Hulk Hogan did not set out to be a wrestler, but he dedicated himself to the craft. He quickly rose to fame due to his talent and his ability to engage his fans.

His career was aided by his acting career, and by the “Hulkmania” that arose early in his career. Hulk Hogan’s net worth of $25 Million is reflective of his dedication to his craft, and the dedication of his fans.

What do you think about Hulk Hogan’s net worth? Leave a comment below.