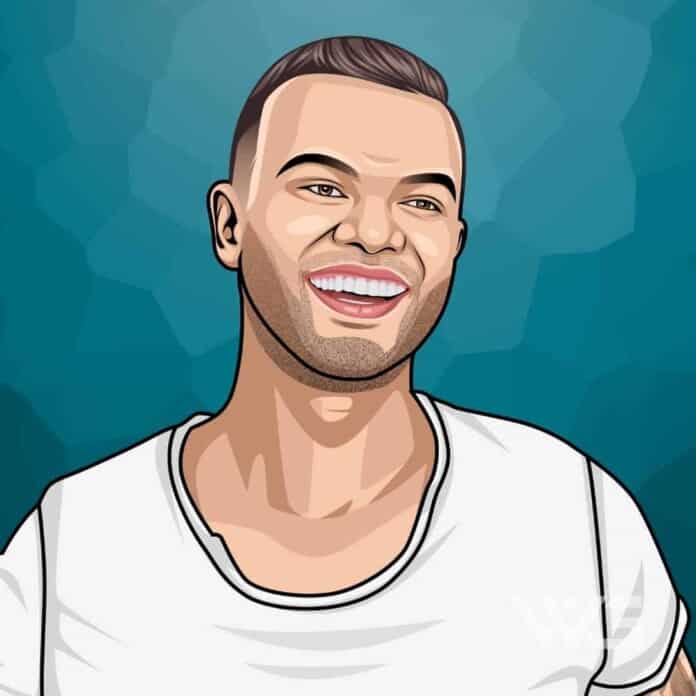 What is Guy Sebastian’s net worth?

Guy Sebastian is an Australian singer and songwriter.

Sebastian is best known for being the first Australian Idol winner in 2003.

As of February 2023, Guy Sebastian’s net worth is estimated to be roughly $11 Million.

Guy Sebastian was born on the 26th of October, 1981, in Selangor, Malaysia. His father was born in Malaysia, and his mother is an ethnic Eurasian of English and Portuguese descent.

His older brother Ollie was born in India, and his youngest brothers Jeremy and Chris were born in Australia after the family migrated there.

Sebastian auditioned for Australian Idol in 2003. He won the competition the same year and gained a recording contract with BMG. He went on to compete in the UK.based World Idol and finished in the 7th spot.

The same year, he released his debut album ‘Just As I Am,’ which went seven times platinum and proved to be very popular in New Zeeland, Indonesia, Malaysia.

The following year, he dropped his second album ‘Beautiful Life.’ Once again, his album proved to be a major hit, peaking at number one and gaining platinum certification. In 2006, he appeared in the show ‘it Takes Two’ as a mentor.’ The same year he dropped his third album ‘Closer to the Sun’.

In 2010, Sebastian became one of the judges for Australia’s ‘The X Factor.’ He also toured the U.S with Jordin Sparks and released an album named ‘Twenty Ten’ the same year.

He proved that he was still relevant with the album ‘Armageddon’ in 2012. The album achieved quadruple platinum status. This album featured the track “Battle Scars,” which was a collaboration with Lupe Fiasco.

In 2015, he entered the Eurovision Song Contest becoming the first-ever Australian ever on the show. He released his 9th studio album ‘T.R.U.T.H.’ in 2020.

How Does Guy Sebastian Spend His Money?

Guy Sebastian is an incredible singer, and he has defiantly made a name for himself in the music industry. He lives in a fabulous mansion in Sydney.

Sebastian is a proud owner of a beautiful home in Sydney. The house is worth $3.1 million. It’s a very modern home and comes with a lot of lavish amenities.

Sebastian has many lavish cars. One of his most notable purchases includes a Toyota LandCruiser 200. He and his family spend a lot of time fishing and doing hikes, and his Toyota suits his lifestyle.

Here are some of the best highlights of Guy Sebastian’s career:

“Because it was so quick, there’s no adjustment. You go from sort of normal life nobody knows your name and what you look like to it being a matter of two months or something, and there are people making posters and holding your name up and camping outside your house and really crazy stuff. It was full-on, but I loved it.” – Guy Sebastian

“I’ve always adapted to one thing that fits me, and that’s that the music either moves you or it makes you move. That’s something that I started with my up-tempo stuff. I’ve always wanted to be happy and laugh and be positive. I think my music is very positive. I think there’s enough of the alternatives out there, and I definitely want my music to be not just lyrically uplifting but even morally. And then ballads—I absolutely love a big ballad.” – Guy Sebastian

“It’s so competitive. I’m really confident, not in an arrogant way. I’m confident in the music side of things, and I’m confident in my musical ability. I’ve held back for eight years of my career because I felt I haven’t been ready, but now I feel like it’s my next challenge to move to the United States.” – Guy Sebastian

“Oh, it was insane. I mean you got to remember I’m just a little Aussie. But to meet Oprah was unbelievable. … The Ultimate Viewers were great! They were ready to party. I had the perfect audience. Even though they hadn’t heard any of the songs, they were still singing along.” – Guy Sebastian

“Then I ended up on the first Australian Idol—it was like the Australian version of American Idol. I had no idea what the show was like because it was the first year (it was 2003), we hadn’t really heard of Idol at all.” – Guy Sebastian

Now that you know all about Guy Sebastian’s net worth and how he achieved success; let’s take a look at some of the lessons we can learn from him:

Expressing gratitude exercises your positivity muscle and makes it easier to remain even-keeled during bad times.

2. Stand Up For Yourself In Every Situation

If you think the other party is taking advantage of you, speak up for yourself. On the other hand, be aware when you haven’t earned something.

Every rejection means you’re one sacrifice closer to the next, yes.

How much is Guy Sebastian worth?

Guy Sebastian’s net worth is estimated to be $11 Million.

How old is Guy Sebastian?

How tall is Guy Sebastian?

Guy Sebastian is an Australian singer who is most famous for winning the first season of ‘Australian Idol’ in 2003. He became the judge for Australia’s version of X-Factor from 2010 to 2016.

He was the first Australian to ever compete in Eurovision Song Contest in 2015. Sebastian has released six number one hits, and he has set a new record for Australian male artists. He is one of the most successful Australian Idol winners of all time.

As of February 2023, Guy Sebastian’s net worth is estimated to be roughly $11 Million.

What do you think about Guy Sebastian’s net worth? Leave a comment below.

Miesha Tate is one of the biggest names in women's mixed martial arts and has earned millions as a headliner for the UFC and Strikeforce.