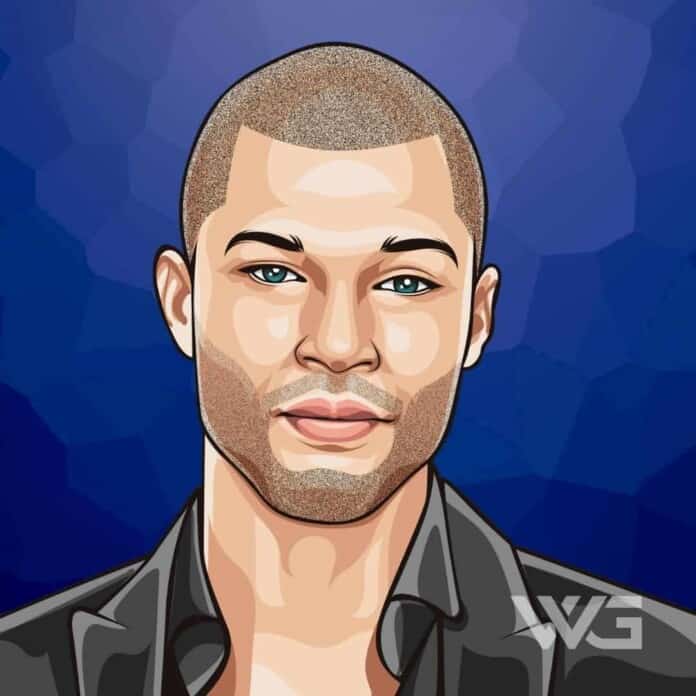 What is Jeremy Meeks’ net worth?

Jeremy Meeks is an American fashion model from California.

A former member of the Crips and a convicted felon, Meeks first came to prominence after his arrest in 2014 during a gang sweep called Operation Ceasefire in Stockton, California, after which police posted his mug shot on Facebook and it went viral.

As of November 2022, Jeremy Meeks’ net worth is roughly $5 Million.

Jeremy Ray Meeks was born on the 7th of February, 1984, in California. Meeks is the son of Katherine Angier and brother of Emery Meeks.

In 2002, Meeks was charged with robbery and corporal injury to a child. Meeks had violently assaulted a 16-year-old boy when he was 18.

While still in prison and serving a 27-month sentence, Meeks, dubbed “hot felon” by the media, was discovered by Jim Jordan and signed a modeling contract with White Cross Management.

During New York Fashion Week on February 2017, Meeks made his runway debut. After his appearance, Vogue magazine described him as a “buff bad boy”.

The same year, he was on the catwalk during Milan Fashion Week, walking for German fashion designer Philipp Plein. In August 2017, Meeks appeared in a campaign for Israeli sunglasses fashion house Carolina Lemke, partially owned by Bar Refaeli.

The campaign tagged Meeks’ background as different than Refaeli’s, who appeared in the campaign alongside Meeks, stating, “There has never been a mix like this.”

In 2018, he appeared in the music video WiFi by Russian pop singer Olga Buzova.

Here are some of the best highlights of Jeremy Meeks’ career:

“Your word is your bond… to always stay loyal, solid and grounded, and you know, you do good, you get good back, and you do dirty, you get mud back. It’s just very simple.” – Jeremy Meeks

“I mean they definitely need education and proper father figures, and people to look up to. It’s a serious issue, especially in my neighborhood with gun violence at a young age, and so that’s the situation. It’s something that really holds dear to my heart because it affects me on a weekly basis…Someone I know has been killed and shot… it’s really rapid.”  – Jeremy Meeks

“It’s a serious issue, especially in my neighborhood with gun violence at a young age, and so that’s the situation. It’s something that really holds dear to my heart because it affects me on a weekly basis… Someone I know has been killed and shot… it’s really rapid.” – Jeremy Meeks

Now that you know all about Jeremy Meeks’ net worth, and how he achieved success; let’s take a look at some of the lessons we can learn from him:

The journey of your success will always begin with the small step of taking a chance. In business, in relationships, and in life, it all begins with a small step grounded in a desire to be better and do better.

2. The Voice of Confidence

How much is Jeremy Meeks worth?

Jeremy Meeks’ net worth is estimated to be $5 Million.

How old is Jeremy Meeks?

How tall is Jeremy Meeks?

Jeremy Meeks is an American fashion model who is a convicted felon and former member of the Crips. He became known as the hot felon and made his runway debut during New York Fashion Week in 2017.

What do you think about Jeremy Meeks’ net worth? Leave a comment below.

Discover the hit singles and albums that have helped country singer Alan Jackson earn his impressive net worth.