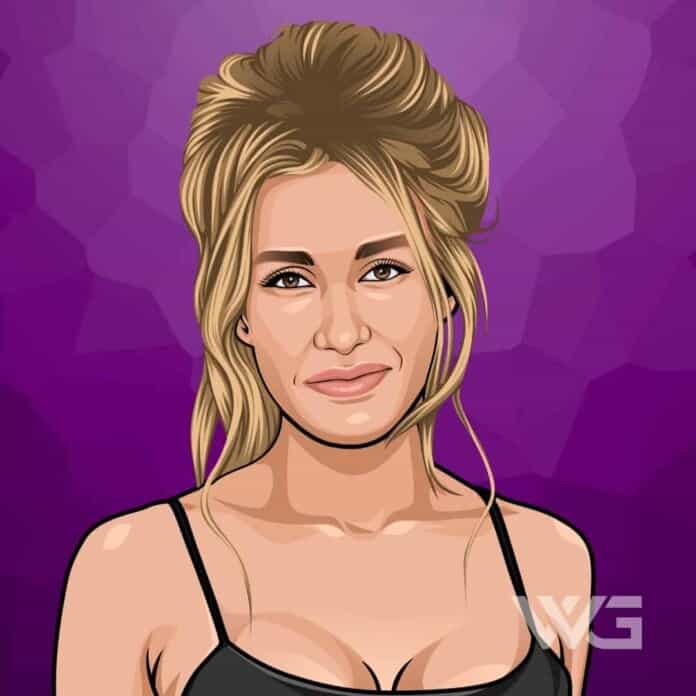 What is Jessie James’ net worth?

Jessie James is an American country pop singer and entrepreneur.

At the age of 15, James started auditioning for and being rejected by most country labels in Tennesse. One of her songs received attention, and she was offered a recording contract.

In 2009, she released her debut album ‘Jessie James.’ She stars with her husband in the reality show ‘Eric & Jessie: Game On.’

Jessica Rose James Decker was born on the 12th of April, 1988, in Vicenza. Her father was a Vietnam War veteran. Her stepfather, Steve Parker, served in the U.S. Air Force. As a result, James lived in Iowa, Kentucky, Texas, Louisiana, and Georgia.

James was introduced to Carla Wallace’s label Big Yellow Dog Music when she was 17 years old. Her debut album was released in 2009, and it debuted on the 23rd spot on the Billboard 200. The album was a fusion between country and pop music. The album also featured writing credits from Decker and seasoned pop songwriter Kara DioGuardi and Mitch Allan.

In 2010, she began working on her second album ‘Sweet American Dreams’. The album had the same country-pop sound as her debut. The first single ‘Boys in the Summer’ was a minor country success but failed to chart on the Billboard Hot 100.

James starred with her husband Erick Decker on the E! reality show ‘Erick & Jessie: Game On’ in 2013. The show ended in April 2014 but later returned in September 2017.

On her new label, “Epic,” she dropped a five-track EP ‘Gold’ in 2017. She released a surprise live EP the same year titled ‘Blackbird Sessions’. Later that year, she also dropped her second full-length album and first for Epic Records, ‘Southern Girl City Lights.’

How Does Jessie James Spend Her Money?

Jessie James lives in a mansion with her husband. They are well organized and their house is located in Tennessee.

James lives in a beautiful home with her husband, Erick Decker, in Tennessee. They have renovated their kitchen to their personal style, and they have designed their patio around their favorite vacation spot.

Here are some of the best highlights of Jessie James’ career:

“Love is what makes you do everything. It really does conquer all. With my first album, I was writing about empowerment, hoping that would make it true. And now it is. I’m in charge. I make the rules. I’ve been writing since I was nine years old, and I’m very much involved in the creative process.” – Jessie James

“It’s kind of cheesy, but my mama, who you all have seen on the show, says to cook for your man. She’s Southern, so when he comes home, be pullin’ a pie out of the oven. That’s always been her advice, and you know what? It works. Your man wants to see you in the kitchen, puttin’ some love into some food; it works for Eric, that’s for sure.” – Jessie James

“My mom is a beautiful, amazing woman. We didn’t have a ton of money growing up, and even, at one point, we were living on food stamps. But my mom still managed to make sure we ate healthily and were always fed nutritious meals!” – Jessie James

“When you have kids, it can be hard sometimes because you’ve got to find creative ways to spend time with each other. So with ‘Lights Down Low,’ I wanted to write about all the things that we do to try to keep the love alive in creative ways because you can’t always go out on a date… but you can make a date at home.” – Jessie James

“I moved all the time as part of a military family, and I really did not have very many friends. I remember having these feelings of walking into a room and feeling that nobody likes me, or thinking, ‘I’m going to have to sit alone at lunch again.” – Jessie James

Now that you know all about Jessie James net worth and how she achieved success; let’s take a look at some of the lessons we can learn from her:

You need to marry someone that is your soul mate, that you’re obsessed with, and never ignore that.

It’s okay to be sad if things don’t go the way you had hoped.

If you’re a good person and spread happiness, good things will come to you!

How much is Jessie James worth?

Jessie James’ net worth is estimated to be $10 Million.

How old is Jessie James?

How tall is Jessie James?

Jessie James is an Italian-American country singer and reality TV star. After signing a deal with Mercury Records, she released her self-titled album in 1999.

She is known for being the wife of the NFL wide receiver Erick Decker, and they have starred together in a show such as ‘Eric & Jessie: Game On’. Since then, she has continued to release music.

What do you think about Jessie James’ net worth? Leave a comment below.