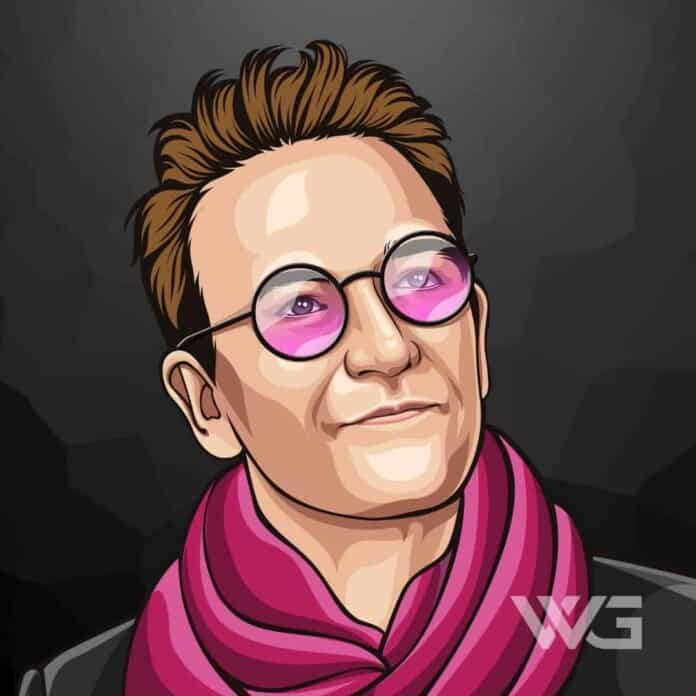 What is Bono’s net worth?

Paul David Hewson, better known by his stage name Bono, is an Irish singer, songwriter, businessman, and philanthropist. Hewson is best known as the lead vocalist and primary lyricist of the rock band U2.

He is the 2nd richest rock star in the world.

Paul David Hewson was born in Dublin, Ireland on the 10th of May, 1960. He is the son of Brendon Robert Hewson and Iris. He and his younger brother were raised in the Northside suburb of Finglas and the duo regularly attended the Church of Ireland services with their mother.

Hewson joined the band u2 in 1976, where his peers gave him the nickname, ‘Bono Vox’, meaning ‘good voice’.

Hewson began his musical career when he joined the rock band U2. He became the lead vocalist, and the band began touring and released its first album, ‘Boy’ in 1980. Seven years later, they finally gained international acclaim with their sixth album, ‘The Joshua Tree’.

The 2004 album ‘How to Dismantle an Atomic Bomb’ brought the band both commercial success and critical acclaim. The tracks ‘Vertigo’ and ‘Sometimes You Can’t Make It On Your Own’ peaked the Billboard countdown and also won the band several Grammy Awards.

In 2005, alongside his wife, Bono established ‘EDUN’, a mission to substitute sustainable employment in developing areas of the world. On one such occasion in 2006, he began working with the band ‘Green Day’ to record a cover of the Skids, ‘The Saints Are Coming’.

A few years later, U2 dropped ‘No Line on the Horizon’ which topped the American charts and the singles from the album such as ‘Get On Your Boots’ and ‘Magnificent’ featured in the top 10 list.
As of February 2023, Bono’s net worth is roughly $700 Million.

Here are some of the best highlights of Bono’s career:

“To be one, to be united is a great thing. But to respect the right to be different is maybe even greater.” – Bono

“You don’t become an ‘artist’ unless you’ve got something missing somewhere. Blaise Pascal called it a God-shaped hole. Everyone’s got one but some are blacker and wider than others. It’s a feeling of being abandoned, cut adrift in space and time-sometimes following the loss of a loved one. You can never completely fill that hole-you can try with songs, family, faith and by living a full life…but when things are silent, you can still hear the hissing of what’s missing.” – Bono

“The strangest thing has happened. I really missed my dog. That’s never happened to me before. You know, on a long tour you do hear people saying they miss their pets. I never have. But last night I started really missing my dog. It’s very odd, ’cause I don’t have a dog.” – Bono

“I just hope when the day is done I’ve been able to tear a little corner off of the darkness.”  – Bono

“I have learned to the interface – what I think would be the contemporary term – with various different lexicons, and people speak very different languages. I’ve learned to speak in a lot of tongues, and I can live with the bellicose language of some fervent, fire-breathing Christians, sure.” – Bono

View our larger collection of the best Bono quotes!

Now that you know all about Bono’s net worth, and how he achieved success; let’s take a look at some of the leadership lessons we can learn from him:

1. Keep Your Team Together Through Consensus

In many interviews, U2 bandmates reveal how they debate extensively about their music products. Even though Bono is the leader and one would expect that he makes the final decisions pertaining to the band, he does not. Real leadership is when everyone else feels in charge.

2. Align Your Vision To That of Your Target Audience

As a leader, it is important to evaluate your vision and the needs of your audience on an ongoing basis. If what you are trying to sell or propose does not resonate with your audience, you will likely not stay in business for too long.

3. Establish A Sense Of Community And Unity In Your Team

Leaders who win are those who foster a climate of camaraderie and togetherness within their team. Teams that are fraught with unnecessary competition, politicking, and division are too busy undercutting each other instead of helping to build a successful company.

How much is Bono worth?

Bono’s net worth is estimated to be $700 Million.

How old is Bono?

How tall is Bono?

Bono is one of the most eminent singers and musicians of Irish origin and is best known as the lead vocalist of the rock band, U2. Bono is the 2nd richest rock star in the world, and there’s no doubt that he always will remain an incredible rock icon.

As of February 2023, Boni’s net worth is approximately $700 Million dollars.

What do you think about Bono’s net worth? Leave a comment below.