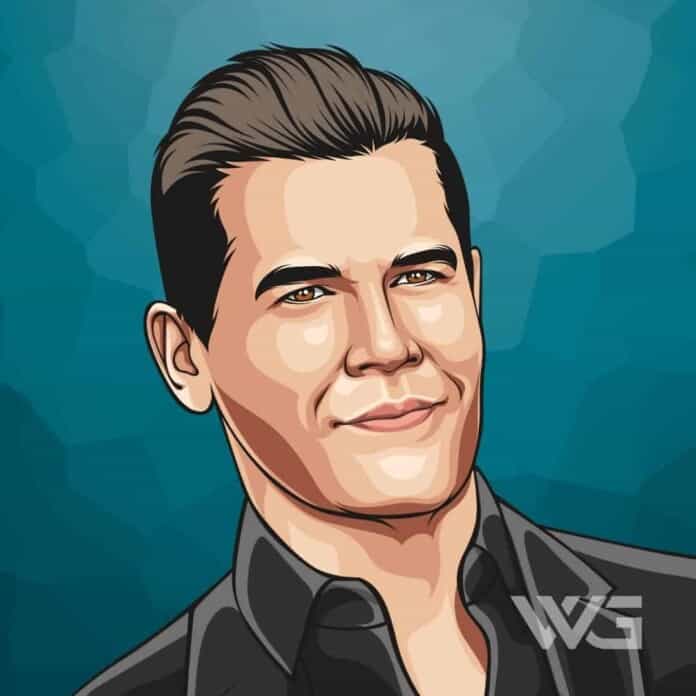 What is Josh Brolin’s net worth?

As of February 2023, Josh Brolin’s net worth is approximately $45 Million.

Joshua “Josh” Brolin is an American actor from Santa Monica. Brolin is best known for his wide range of films such as ‘The Goonies’, ‘Mimic’, ‘Hollow Man’, ‘Grindhouse’, ‘No Country for Old Men’, ‘American Gangster’, ‘Milk’, ‘Men in Black 3’, and ‘Deadpool 2’.

Joshua “Josh” Brolin was born on the 12th of February, 1968, in Santa Monica. He spent his childhood on a ranch in California with hardly any link with his father’s professional life.

During the early 80s, his parents got divorced when he was sixteen years of age. He got used to drugs and later revealed that he used to steal cars to bear his drug expenses. His passion for acting developed while in high school.

Brolin made his debut in the big screen with the Richard Donner film, ‘The Goonies’ which became a hit garnering over $60 million in 1985. His second film ‘Thrashin’ was premiered in 1986 and considering his acting in the film as “horrendous”, he took a long gap from film acting.

He made his television debut in 1987 with ‘Private Eye’, a historical crime drama series. In that year he appeared in one of the episodes of ‘21 Jump Street’, a police procedural series.

Two of his most remarkable films followed in 2008 – the first being a satirical biopic of President George W. Bush, ‘W’, a film by Oliver Stone where Brolin played George W. Bush. The film earned him accolades apart from several award nominations.

The second one a Gus Van Sant film, ‘Milk’ a biopic on activist Harvey Milk saw him playing Dan White, a weak and bitter politician of San Francisco. He received several awards and a nomination for the ‘SAG Awards’ along with his first ever ‘Academy Awards’ nomination for the performance.

He will be seen in the Coen brothers’ upcoming comedy film, ‘Hail, Caesar!’ in the role of Eddie Mannix, a fixer, starring with George Clooney, Scarlett Johansson, and others.

Here are some of the best highlights of Josh Brolin’s career:

“You have to be okay with wins and losses. You can’t just be looking for the wins and, when the losses happen, you can’t buy more and more because you’re sure it’s going to bounce. We call that revenge trading.” – Josh Brolin

“I remember at the premiere of my second movie I started crying. I thought I’m so bad that I either have to stop this and do something else or learn what I’m doing.” – Josh Brolin

“The only way change will ever happen is if we speak up, and we have to know that it actually has an impact. Because we have a lot more power than we think we do, I think.” – Josh Brolin

“Football? Forget it. I didn’t have that thing inside me where I wanted to smash against somebody and watch them break. I was too sensitive for that and disliked being that sensitive.” – Josh Brolin

“George W. Bush brought a lot of minorities into his administration, which was a positive thing, and they had some issues that they wanted to press, but 9/11 really gave them direction. It gave them a purpose.” – Josh Brolin

Now that you know all about Josh Brolin’s net worth, and how he achieved success; let’s take a look at some of the best lessons we can learn from him:

1. The Harder You Work to Earn, the More You Will Value Money

Hard work will make you realize that 20s are more about saving than splurging – contrary to what most people in their 20s think.

2. Every Moment Spent With Family is a Gift!

All those ridiculously extended work hours have definitely earned you success but have also severely slashed your family time. While most think hard work messes with your family life, it actually does the opposite. Every time you all sit together for a movie, dinner or just a casual chat session, you will value every moment even more.

Now that you are out there in the cruel world working hard to pay your bills, you’ll find yourself in their shoes. This will make you realize their sacrifices and make you respect them even more.

How much is Josh Brolin worth?

Josh Brolin’s net worth is estimated to be $45 Million.

How old is Josh Brolin?

How tall is Josh Brolin?

Josh Brolin is an American actor who has performed both in the big screen and television in a career spanning over three decades. His real breakthrough came with the film ‘Flirting With Disaster’ after which he performed successfully in several films.

What do you think about Josh Brolin’s net worth? Leave a comment below.