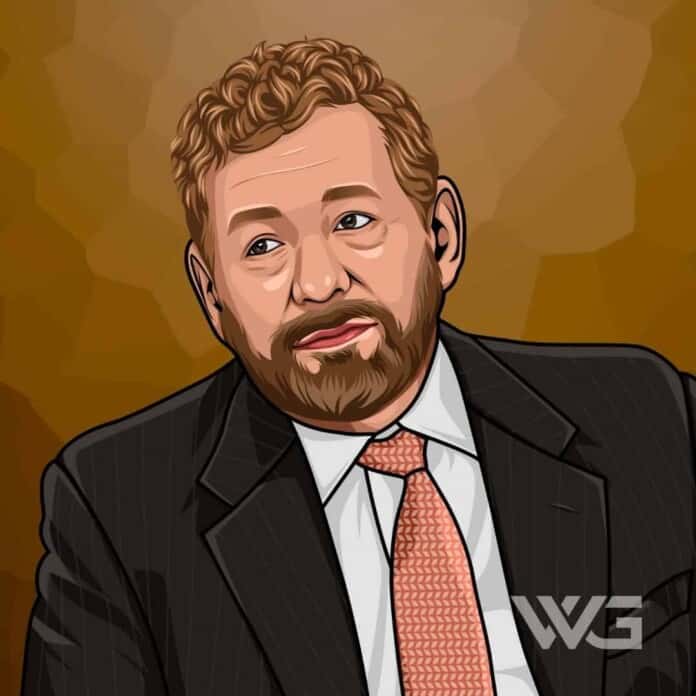 What is James Dolan’s net worth?

James Lawrence Dolan is an American entrepreneur and businessman from New York City. Dolan is mostly known for his work as the CEO and executive chairman of the Madison Square Garden Company and of MSG Networks. Dolan oversees all operations with the companies and has all the responsibility for it.

As of January 2023, James Dolan’s net worth is estimated to be $2 Billion, which makes him one of the highest-paid businessmen in the industry.

James Lawrence Dolan was born in New York City on the 11th of May, 1955. Dolan started his early career producing music but decided shortly after that to switch to a major in communications at Suny New Paltz.

Dolan began to work for Cablevision in various capacities including sales before he was eventually dispatched to Cleveland by his father to manage the launching of a sports radio station.

Dolan started his early career as an ardent opponent of his father’s ‘Voom’ satellite service. The service became a polarizing controversy among Cablevision’s Board of Directors. Supporters argued ‘Voom’ into the future emerging satellite market and a wider customer base opponents of the plan.

His business career also dedicated to Cablevision’s philanthropic partnership with ‘The Lustgarten Foundation’. Together with Charles Dolan and former Cablevision Chairman and Madison Square Garden Chairman, they established the Foundation in 1998. Cablevision made a multi-year commitment to the Foundations cost in 2008.

As chairman of Madison Square Garden, Dolan supervised a day-to-day operation of its professional sports team networks. This includes MSG Plus and MSG Networks. Dolan also served as a governor of the Rangers and Knicks to their respective leagues.

In 2015 Dolan announced that Isiah Thomas would serve as a president of the WNBA’s Liberty.

James Dolan’s net worth is estimated to be $2 Billion.

Here are some of the best highlights of James Dolan’s career:

“I really don’t compare myself with other owners. I’ll bet you I’m more patient than Mikhail [Prokhorov] is of his team. Mostly, I think it does not pay to be impatient, because you destabilize your team. It’s not like the players don’t want to win, it’s not like the owner doesn’t want to win; everybody wants to win, so it’s a question of: Can you get there? With Mike, I think he can get us there.” – James Dolan

“The general manager’s work doesn’t really occur at that time of year. If you’re going to change general managers that’s probably the right time to do it. The next available trade date is Dec. 15. You’ve just finished free agency and all that. It’s a lull period. The timing didn’t really have much to do with that.” – James Dolan

“I have a lot of confidence in Woodson, and one thing I can say about Mike is he has the respect of all the players. They all respect him. And he treats them fairly and relatively equally, and that’s part of where the respect emanates from. And those are hard things to get from a coach.” – James Dolan

“I’m emotionally involved and intellectually involved. I think an owner needs to be present. When an owner is not present that’s when things tend to go awry. The players, the coaches, the fans know there’s somebody in charge. They may not like what I’m doing but it’s much better than having nobody there. Nobody there just leaves you in despair.” – James Dolan

“He’s the only guy paying more taxes than we are which is a club I wouldn’t necessarily want to be part of with him (laughs). I think he wants to win, I know he wants to win, he wouldn’t be putting the resources in that he is otherwise.” – James Dolan

“This was not just a day before yesterday incident. We’ve had a relationship with Charles since he retired and left the Knicks. Every time we have tried to patch things up with him, mend things with him, invite him to games.” – James Dolan

How much is James Dolan worth?

James Dolan’s net worth is estimated to be $2 Billion.

How old is James Dolan?

How tall is James Dolan?

James Dolan is one of the most highest-paid businessmen in the entrepreneur industry. He has collaborated among many sports companies and other businessmen. As of 2018, James Dolan’s net worth is approximately estimated to be roughly $2 Billion.

What do you think about James Dolan’s net worth? Leave a comment below.