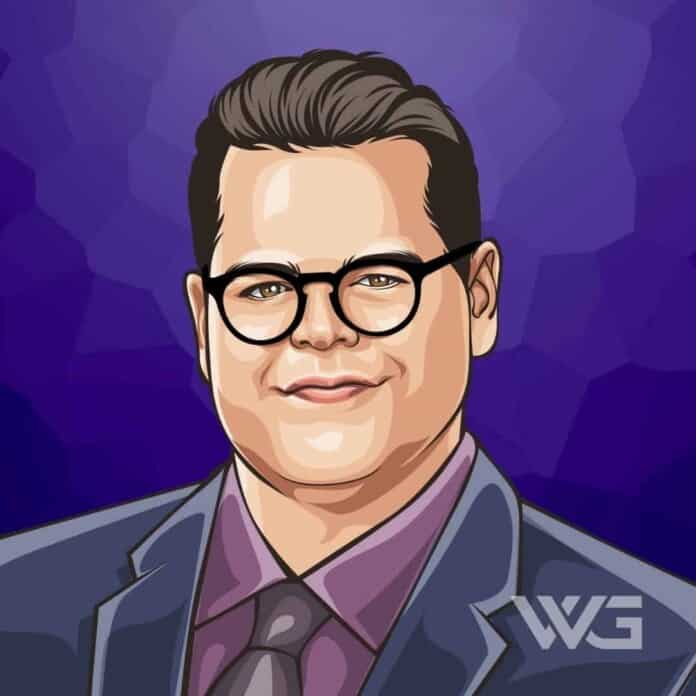 What is Josh Gad’s net worth?

Josh Gad is an American actor, comedian, and singer from Florida.

Gad is best known for voicing Olaf in ‘Frozen’, playing Elder Arnold Cunningham in the Broadway musical ‘The Book of Mormon’, and LeFou in the live-action adaptation of Disney’s ‘Beauty and the Beast’.

Then he attended Carnegie Mellon College of Fine Arts, where he graduated with a Bachelor of Fine Arts in Drama.

Josh Gad started his acting career in 2002 with the movie ‘Mary and Joe’. He then did some theater work by appearing in the musical comedy ‘The 25th Annual Putnam County Spelling Bee’ in 2005.

After this, Gad did television movies, namely ‘Waiting to Die’ and ‘No Heroics’ in 2009. The same year, he got featured in the show ‘The Daily Show with Jon Stewart’. Then in 2010, he had a voice role in the film ‘Marmaduke’.

He also appeared in Broadway’s ‘The Book of Mormon’. Josh Gad was cast as Skip Gilchrist in the television series ‘1600 Penn’ in 2012. During that year, he also did a voice role for the video game ‘MIB: Alien Crisis’.

The next year, he played voice roles in the movies ‘Jobs’ and ‘Frozen’. He also lent his voice to the character of ‘Olaf’ for the video gaming series ‘Frozen: Olaf’s Quest’.

In 2017, he appeared in Disney’s ‘Beauty and the Beast’ as well as played a voice role in the show ‘Star Wars Rebels’.

Gad has also starred in other films such as The Wedding Ringer, and Pixels, where he’s worked with stars such as Adam Sandler, Kevin Hart, and Kaley Cuoco.

Here are some of the best highlights of Josh Gad’s career:

“I don’t know if I’d call myself a prodigy, but I was a big forensics competitor in high school, and then during college, I spent some time working at speech and debate camps as a coach.” – Josh Gad

“I really love the traditional aspects of Judaism. My wife is born and raised a Catholic and I enjoy celebrating those rituals as well. I am very spiritual but not in any way religious, no.” – Josh Gad

“I think ‘The Book of Mormon’ has made that difference in its field. It changed the game. It’s something that 20 years from now people will still be talking about, hopefully. That’s my goal as an artist, as a creator, as a work for hire, is to choose projects that make people think, make people talk, and make people interested in having a dialogue.” – Josh Gad

“I’m a product of a divorced family and I used humor as a weapon to combat sadness. I used comedy to make my mother laugh in light of the darkness that she faced, and to me, it became a very powerful tool at a very young age, at six.” – Josh Gad

Now that you know all about Josh Gad’s net worth, and how he achieved success; let’s take a look at some of the lessons we can learn from him:

Make yourself necessary and you will always be needed. If you want to feel successful, learn to create, innovate or design something other people can use and need.

Your thoughts are like boomerangs. What you pass along to others is what will come back to you.

3. Speech Gives Us The Power

You are more defined by what comes out of your mouth than what goes in it. The way you speak and the things you say have power. Speech gives us the power to create or destroy.

How much is Josh Gad worth?

Josh Gad’s net worth is estimated to be $14 Million.

How old is Josh Gad?

How tall is Josh Gad?

Josh Gad is best known for portraying the role of Elder Arnold Cunningham in the Broadway musical named ‘The Book of Mormon’.

Today, Gad is one of the most sought-after actors/voice actors in Hollywood. Not surprisingly, he has got millions of fans from all across the globe.

As of December 2022, Josh Gad’s net worth is estimated to be roughly $14 Million.

What do you think about Josh Gad’s net worth? Leave a comment below.