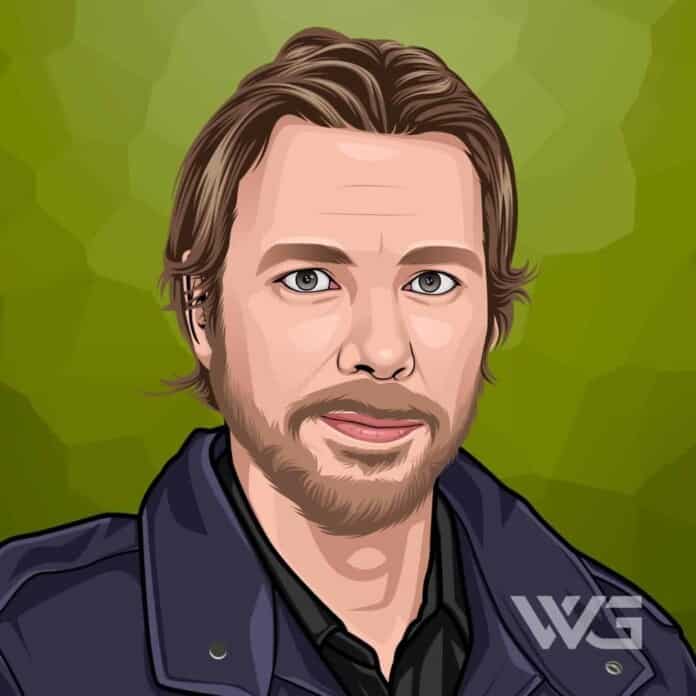 What is Dax Shepard’s net worth?

Dax Shepard is an American actor, comedian, and writer.

Shepard has hosted ‘Armchair Expert’ since 2018. He is best known for his work in the feature films ‘Without a Paddle,’ ‘Zathura: A Space Adventure,’ ‘Employee of the Month,’ ‘Idiocracy,’ ‘Let’s Go to Prison,’ ‘Hit and Run’ and ‘CHiPs’.

Dax Randall Shepard was born on the 2nd of January, 1975, in Michigan, Detroit.

Shepard is the son of Laura LaBo and David Robert “Dave” Shepard. His parents divorced when he was 3 years old.

His mother had developed a substantial business by the time he was in high school. She worked car shows with traveling events at race tracks. She started as a janitor on the midnight shift at GM.

Shepard’s years of training as a comedian proved to be very useful. He landed a role in MTV’s ‘Punk’d’ in 2003.

Roles came easily for Dax Shepard after his initial success with ‘Punk’d.’ He soon found himself starring in movies like ‘Without a Paddle’ and ‘Zathura: A Space Adventure.’

In 2006, he had a role in ‘Employee of the Month’ alongside Jessica Simpson. The same year, he landed his first main character role in ‘Let’s Go to Prison.’

He starred alongside his future wife, Kristen Bell, in 2010’s ‘When in Rome.’ Shepard has also experienced success in television, landing a major recurring role on the show ‘Parenthood.’

He had the chance to work with his close friend, Bradley Cooper, in the movie ‘Hit and Run’. Shepard has experienced considerable success as a writer and director, particularly in regard to the 2017 film ‘CHiPs.’

In 2014, he participated in a viral commercial for Samsung Galaxy alongside his wife, Kristen Bell. It has over 20 million views on YouTube. In 2019, it was announced that he would become the new host of the autosports show ‘Top Gear’.

How Does Dax Shepard Spend His Money?

Dax Shepard spends some of his money on real estate and charity work.

Shepard has helped charities such as Boys & Girls Clubs of America, DoSomething.org, and UNICEF.

Here are some of the best highlights of Dax Shepard’s career:

“What’s great about TV, and what I love about being on ‘Parenthood,’ is you have this family. I’m now going on four years of working with the same 100 people, and that helps you feel like your life has more roots. It’s more conducive to having a family, and you’re staying in town. So that part is amazing.” – Dax Shepard

“We were doing press for this movie that my friends and I made for $5,000 called ‘Brothers Justice,’ that I also wrote and directed. And during the press of that, people kept saying, ‘What’s next, what’s next?’ And my best friend Nate and I – Nate produced it – we kept saying, ‘Oh, we’re gonna do a car-chase movie next.’” – Dax Shepard

“From 18 to 29 I was a heavy smoker, heavy drinker, drug addict, terrible eater and philanderer. The past eight years, since I got sober, have honestly been about trying to peel back each of those habits, to get back to the 12-year-old kid inside who was tremendously excited about life.” – Dax Shepard

“Here’s the funny thing about the response I’ve been aware of to my dating famous people: It’s been very negative. I’m either not good-looking enough, not a good enough actor, or not successful enough for these people.” – Dax Shepard

Now that you know all about Dax Shepard’s net worth and how he achieved success; let’s take a look at some of the lessons we can learn from him:

Success is just a war of attrition. Sure, there’s an element of talent you should probably possess, but if you stick around long enough, eventually something is going to happen.

People talk differently. You can say some things in some places you can’t say in other places.

People only attack when they see weakness or when they think that someone is ashamed of it or embarrassed and they can’t wait to stick it to ’em.

How much is Dax Shepard worth?

Dax Shepard’s net worth is estimated to be $40 Million.

How old is Dax Shepard?

How tall is Dax Shepard?

Dax Shepard is an American actor, comedian, writer, and podcaster.

Shepard has been married to Kristen Beel since 2013. He rose to fame with his appearance in MTV’s ‘Punk’d’. He later became well-known for his acting roles and stand-up routines.

Shepard is also best known for various pursuits outside acting, such as podcasting.

What do you think about Dax Shepard’s net worth? Leave a comment below.

Retired hockey player Brian Rafalski has earned a considerable net worth during his time on the ice and left a lasting impact on the sport.