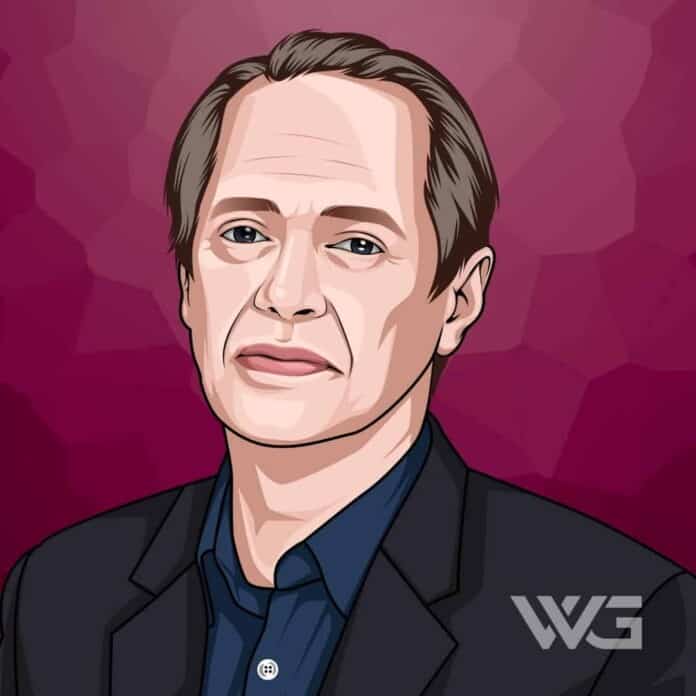 What is Steve Buscemi’s net worth?

As of December 2022, Steve Buscemi’s net worth is roughly $35 Million.

Steve Buscemi is an American actor, filmmaker, and former firefighter from New York.

Steven Vincent Buscemi was born on the 13th of December, 1957, to Dorothy and John Buscemi in Brooklyn, New York. He is of English-Dutch-Italian descent and was raised as a staunch Roman Catholic.

He studied at the Valley Stream Central High School from where he graduated in 1975. When he was in school, he wrestled for the varsity group and was also a member of the drama troupe at the same time.

One of his initial films was ‘Parting Glances’ in 1986. He also starred in an episode of the television series, ‘Miami Vice’, where he portrayed the character of Rickles. In 1987, he starred in ‘Kiss Daddy Goodnight’ and ‘Heart’, followed by ‘Call Me’ and ‘Heart of Midnight the next year.

The year 2001 proved to be an extremely momentous one for the actor. He won numerous awards for his role as Seymour in ‘Ghost World’, which is considered one of his most successful movies to date.

In 2004, he joined the cast and crew of ‘The Sopranos’ as Tony Blundetto, a role which earned him an Emmy Award nomination.

In 2009 and 2010, he appeared in ‘John Rabe’, ‘The Messenger’, ‘Handsome Harry’ and ‘Grown Ups’. However, he got his biggest career breakthrough in the television series, ‘Boardwalk Empire’, for which he won numerous awards as well.

Up until 2013, he appeared in ‘On the Road’, ‘Hotel Transylvania’, ‘The Incredible Burt Wonderstone’, ‘Monsters University’, ‘Grown Ups 2’ and ‘Khumba’.

Here are some of the best highlights of Steve Buscemi’s career:

“Whenever you do something that is in a continuous take, and something that we’re not used to doing because it was all in the details of if you don’t make one move seem natural it can give away all of it.” – Steve Buscemi

“I’ve always loved comedy and growing up it was the comedies that I really responded to. So I don’t know how it turned out that once I started acting that I started getting a certain kind of role, that I never saw myself as growing up, so I really love when I get an opportunity to play a [comedian] role.” – Steve Buscemi

“I don’t tend to think of the characters I play like losers. I like the struggles that people have, people who are feeling like they don’t fit into society, because I still sort of feel that way.” – Steve Buscemi

Now that you know all about Steve Buscemi’s net worth, and how he achieved success; let’s take a look at some of the lessons we can learn from him:

1. Don’t Care About What Other People Think

What others think of you, or what they say or do to you, is their business; not yours! They have a right to their opinions. And you must just let them be.

2. Become A Better Version Of Yourself

Until you are passionate to become a better version of your present self, no way you can gain wealth, fulfillment and success.

Then, no matter what you are going through, you live a better, fuller, happy Life.

How much is Steve Buscemi worth?

Steve Buscemi’s net worth is estimated to be $35 Million.

How old is Steve Buscemi?

How tall is Steve Buscemi?

Steve Buscemi is a famous American actor, writer, and director who is best known for his role in a number of commercially successful hits and indie films including, ‘New York Stories’, ‘Mystery Train’, ‘Parting Glances’ and ‘Reservoir Dogs’.

As of December 2022, Steve Buscemi’s net worth is estimated to be roughly $35 Million.

What do you think about Steve Buscemi’s net worth? Leave a comment below.