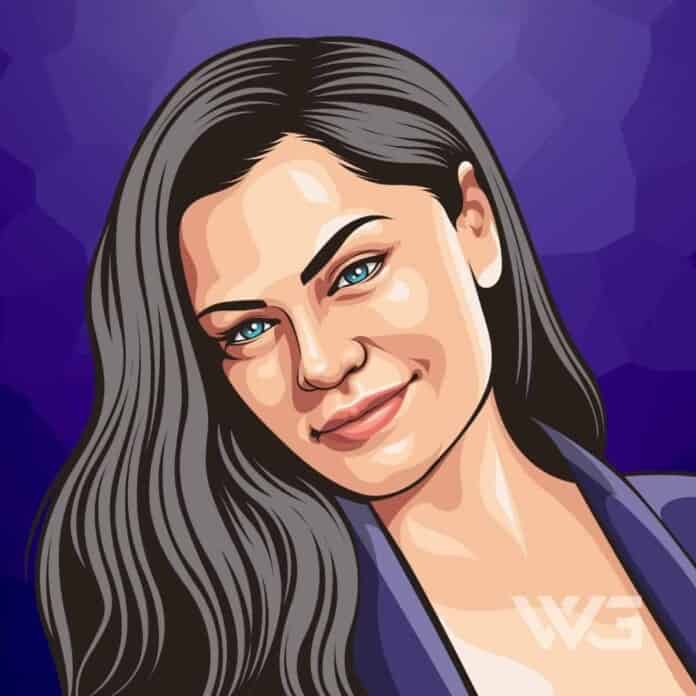 What is Jessie J’s net worth?

Jessie J is an English singer and songwriter from London. She’s considered to be among one of the greatest singers in history.

As of November 2022, Jessie J’s net worth is approximately $30 Million.

Jessica Ellen Cornish was born on the 27th of March, 1988 in London. She is the daughter to Rose and Stephen Cornish. She attended Mayfield High School, which was located at the London Borough of Redbridge.

At the age of 16, she started studying at BRIT School, located at the London Borough of Croydon. She graduated in 2006.

Jessie J first signed to Gut Records to record an album for the label. However, the company went bankrupt before they could release it. Later, she gained a contract with Sony ATV, as a songwriter.

She also became a part of a group named ‘Soul Deep’. However, seeing that the group wasn’t going anywhere, she decided to leave it after two years.

In 2011, she became the winner of the ‘Critics Choice Award’. The same year, she also appeared in an episode of ‘Saturday Night Live’, the popular American late-night live TV sketch comedy.

In 2014, she released her third studio album ‘Sweet Talker’. With singles such as ‘Ain’t Been Done’, ‘Sweet Talker’, and ‘Bang Bang’, the album, like her previous two, turned out to be quite successful.

The next year, she appeared in the Australian reality talent show ‘The Voice Australia’ for two seasons. In 2016, she made an appearance in the TV special ‘Grease: Live’, which was aired on Fox on January 31.

Here are some of the best highlights of Jessie J’s career:

“I like my life to be pure and clean and organized, and I like to have had eight hours’ sleep a night. I honestly don’t think I’d be as successful if I was a party animal. Because I don’t think my personality would be as focused and open as it is.” – Jessie J

“Look after yourself; remember that you only consist of your being, so make the best of what you have and look after it. Put good things into your body; eat well.” – Jessie J

“I’m so hard on myself that when I’m in the studio, I’ll write 10 songs and only use one. So those nine songs that are left over, I always think, ‘Where could these go? Who could they be for?’” – Jessie J

“I’m glad I was faced with different cultures when I was growing up because I wasn’t fazed by it. It has been a huge benefit to me; I feel comfortable wherever I go.” – Jessie J

“I want everybody to think I’m a hard worker as an aunt, a sister, a friend, a daughter, a niece, everything.” – Jessie J

Now that you know all about Jessie J’s net worth, and how she achieved success; let’s take a look at some of the lessons we can learn from her:

1. Give Others a Second Chance; Everyone Deserves It

Think back on your own life. Other people may have also given you breaks; twice, thrice, or even four times — that got you to where you are now. Do not deny others of the chance to prove themselves to you after failing the first time.

2. Life Will Hit You Hard

3. By Being Yourself, the Right Person Will Love You

How much is Jessie J worth?

Jessie J’s net worth is estimated to be $30 Million.

How old is Jessie J?

How tall is Jessie J?

Jessie J is best known for her unconventional music styles which mix soul vocals with pop, electro-pop, and hip-hop.

She has also earned several awards and nominations, such as the ‘2011 Critics’ Choice Brit Award’ and the ‘BBC’s Sound of 2011.’

What do you think about Jessie J’s net worth? Leave a comment below.