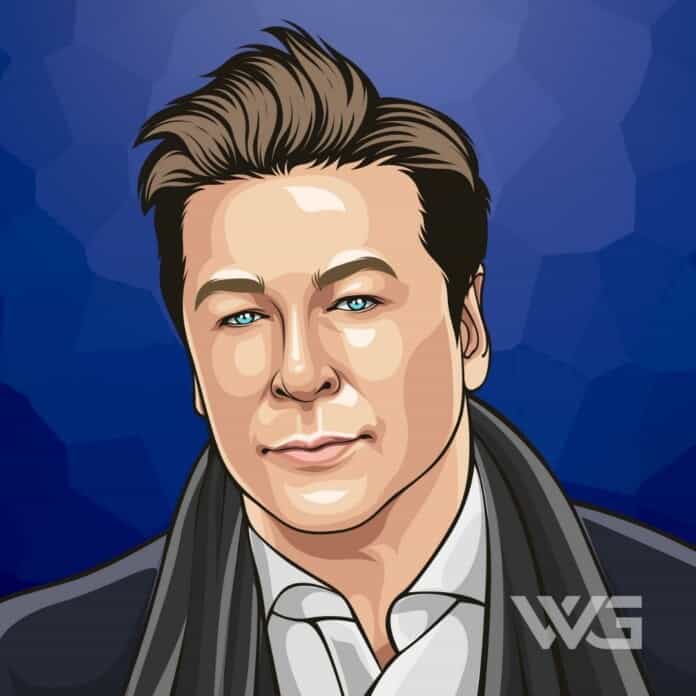 What is Alec Baldwin’s net worth?

As of December 2022, Alec Baldwin’s net worth is approximately $60 Million.

Alec Baldwin is an American actor from New York. Baldwin has shown his versatility as an actor in films including ‘Beetlejuice’, ‘Working Girl’, ‘The Hunt for Red October’, ‘The Cooler’, ‘The Departed and Mission Impossible: Rogue Nation’.

He has received two Emmy Awards and three Golden Globe nominations for his role as TV exec Jack Donaghy in the NBC sitcom ’30 Rock’.

Alec Baldwin was Alexander Rae Baldwin III born on the 3rd of April, 1958, in Amityville, New York. He is the second of six children of a football coach and a social studies teacher.

Baldwin attended George Washington University where he majored in political science. However, his childhood love for acting resurfaced in college, resulting in a move to Manhattan where he enrolled in New York University’s drama department.

Baldwin began his acting career on television when he landed a role on the NBC soap opera ‘The Doctors’. In 1988, he replaced George Carlin as the narrator of the popular animated children’s show Thomas the Tank Engine & Friends.

He pursued a stage career, making his Broadway debut in ‘Loot’ in 1986. His next stage role was in Caryl Churchill’s hit comedy Serious Money.

Baldwin also starred off-Broadway in a sold-out engagement of Prelude to a Kiss, receiving an Obie Award as Best Actor in 1991. He would reprise this role on screen in 1992.

In 1998, Baldwin went back to the stage, appearing in Shakespeare’s Hamlet with co-star Angela Bassett, at the Joseph Papp Public Theater in New York City.

He made his film debut in 1987 when he starred in ‘Forever Lulu’. Subsequent film highlights include Tim Burton’s offbeat comedy ‘Beetlejuice’, ‘Married to the Mob’, ‘Talk Radio’, ‘Working Girl’, ‘Great Balls of Fire’, ‘Miami Blues’ and ‘The Hunt For Red October’.

Here are some of the best highlights of Alec Baldwin’s career:

“Anderson Cooper has a job to do. And that job is to try to reinforce his credibility in the gay community after the fact that you couldn’t get him out of the closet for 10 years with a canister of tear gas. Now he’s the sheriff; now he’s running around writing everybody a ticket!” – Alec Baldwin

“A lot of people want to not wear a tie when they go to a restaurant. They feel they don’t have to wear a tie. I think it’s kind of a statement they’re making.” – Alec Baldwin

“I wanted to be president of the United States. I really did. The older I get, the less preposterous the idea seems.” – Alec Baldwin

“I feel I’m two people: I have my interest in acting and I have a lot of other political interests I’d like to pursue.” – Alec Baldwin

Now that you know all about Alec Baldwin’s net worth, and how he achieved success; let’s take a look at some of the lessons we can learn from him about his career:

It’s ironic that Baldwin, currently best known for his Donald Trump impersonation on SNL, didn’t set out to become an actor but a politician.

In fact, Baldwin was a political science major at George Washington University (where he ran for student body president and lost) and had plans to enter law school upon graduating from GW. However, that political/law path was derailed when some of Baldwin’s friends encouraged him to try acting.

2. Go With Your Gut, Not Your Wallet

Judging by the podcast, if there’s one regret that Baldwin has with respect to his career, it’s “chasing the money” when his career started to take off.

That is, Baldwin regrets taking parts in low-quality movies simply to make a buck (well, a million bucks.

For Baldwin, a couple of the people integral to his success were his parents: his hardworking mother, who heroically raised six children; and his hardworking father, who was a schoolteacher and football coach (and ran a very tight ship in the Baldwin household).

In fact, both Baldwin’s mother and father were instrumental in his love for the movies. Baldwin fondly remembers bonding with his parents while watching old movies on late-night TV.

How much is Alec Baldwin worth?

Alec Baldwin’s net worth is estimated to be $60 Million.

How old is Alec Baldwin?

How tall is Alec Baldwin?

Alec Balwin is an actor from New York. Baldwin has shown his versatility as an actor in films including ‘Beetlejuice’, ‘Working Girl’, ‘The Hunt for Red October’, ‘The Cooler’, ‘The Departed and Mission Impossible: Rogue Nation’.

What do you think about Alec Baldwin’s net worth? Leave a comment below.