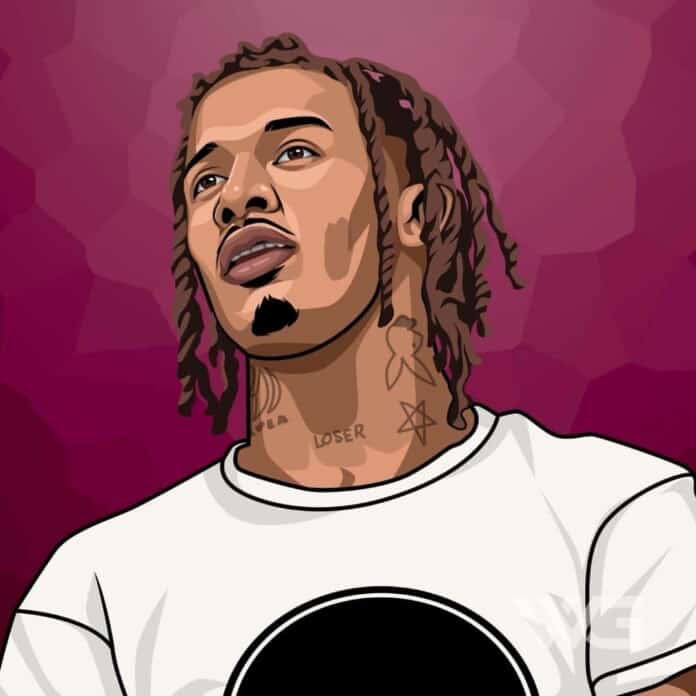 What is Playboi Carti’s net worth?

As of January 2023, Playboi Carti’s net worth is estimated to be $9 Million.

Jordan Terrell Carter was born on the 13th of September, 1996, in Atlanta, Georgia. He went to North Springs Charter High School in Sandy Springs where he regularly used to skip classes to work at H&M as well as practice with his music group.

Carti originally started rapping as Sir Cartier, releasing a mixtape named ‘Young Misfit’ under the Sir Cartier moniker on November 12, 2012. He then later changed his name at the age of 17.

Carti teamed up with Da$h and Maxo Kream, two American rappers, to release two hit singles, ‘Broke Boi’ and ‘Fetti’ on ‘Soundcloud’. The singles earned him a lot of attention from the young audience on the digital platform.

In 2016, he fell out with Father and switched labels with A$AP Mob’s label ‘AWGE’.

In April 2017, Carti released his eponymous debut mixtape which debuted at number 12 on the Billboard 200.

The mixtape had two hit singles, ‘Magnolia’ and ‘Woke Up Like This’ (featuring Lil Uzi Vert), which reached the 29th and 76th positions on the Billboard Hot 100 respectively.

He was featured in the single ‘Raf’ from A$AP Mob’s second studio album ‘Cozy Tapes Vol. 2: Too Cozy’ which peaked at number six on the US Billboard 200 and reached number four on US Top R&B/Hip-Hop Albums (Billboard).

Known for his distinct style and fashion sense, Playboi Carti has also done several modeling assignments. He has been praised by GQ for being the “leader of a youth style”.

Here are some of the best highlights of Playboi Carti’s career:

“Two months – actually one month. We did the whole thing in Miami. Miami was crazy as fuck. But, somehow we made a whole album? Also, I got tattoos while in the booth making music. Had to drag a tattoo artist into the actual booth, it was lit.” – Playboi Carti

“Choir. But I only was into it for the girls, until the very end. Then I actually got into it, and it inspired me. It’s cool, now, doing SNL is something I’d dream to do before it all. But I’m also doing it for me, and that’s not changed. And my people. And my mom, she’s the best. Nothing really changes, I just keep up doing what I love and what makes it work.” – Playboi Carti

“Living and chilling. Really, I just need to live. But with music, I want to be doing everything now, too. I want to go full-on, do it all. Now it’s time.” – Playboi Carti

“I just post what I want. And talk to girls. If I have a cool picture or want to share something I actually like, I will. It’s not about PR.” – Playboi Carti

Now that you know all about Playboi Carti’s net worth, and how he achieved success; let’s take a look at some of the lessons we can learn from him:

Wise men learn by others’ harms; fools by their own.

Wit is the only wall between us and the dark.

With time even a bear can learn to dance.

How much is Playboi Carti worth?

Playboi Carti’s net worth is estimated to be $9 Million.

How old is Playboi Carti?

How tall is Playboi Carti?

His early life struggles are reflected in his music and lifestyle even today. Carti started his career with the stage name of Sir Cartier. In 2012, he decided to change his musical style and deleted almost all his previous content from the internet.

As of January 2023, Playboi Carti’s net worth is estimated to be $9 Million.

What do you think about Playboy Carti’s net worth? Leave a comment below.