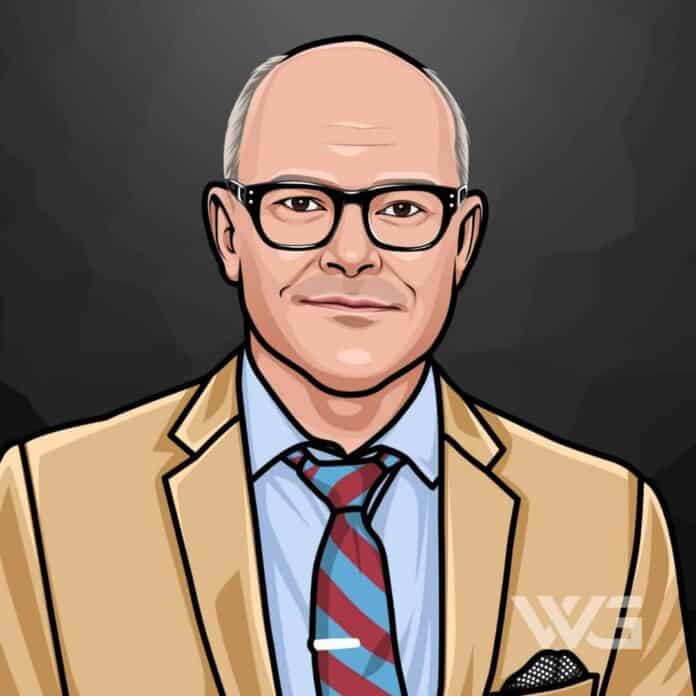 What is Rob Corddry’s net worth?

Rob Corddry is an American actor and comedian.

He is the creator and star of Adult Swim’s ‘Children’s Hospital.’ Corddry previously starred in the series Ballers,’ and he also stars in the CBS comedy ‘The Unicorn.’

Robert William Corddry was born on the 4th of February, 1971, in Massachusetts. Corddry is the son of Robin and Steven Corddry. He is the older brother of Nate Corddry which also is an actor.

After he graduated from Weymouth North High School, he went to the University of Massachusetts Amherst. English was his official major, but he later focused much of his attention on Drama classes.

Corddry relocated to New York and began working as a security guard and a restaurant worker in 1994. During this period, he trained as an improv comedian in New York. In the early 2000s, he was booking his first TV role on the show ‘Upright Citizens Brigade’.

A few years later, he auditioned for ‘The Daily Show’. In 2006, he hosted an entire episode of ‘The Daily Show.’ The same year, he appeared for the last time on ‘The Daily Show’. He found time to appear in movies including ‘Blackballed: The Bobby Dukes Story,’ ‘The Heartbreak Kid,’ and ‘Old School.’

After ‘The Daily Show,’ Corddry worked on shows like ‘The WInner,’ ‘Curb Your Enthusiasm,’ and ‘Arrested Development.’ He continued to appear in films such as ‘Blades of Glory,’ ‘Semi-Pro,’ ‘I Now Pronounce You Chuck and Larry,’ ‘Failure to Launch’ and ‘The Ten.’

In 2010, he debuted ‘Children’s Hospital,’ which he wrote, directed, and starred in. He continued to appear in shows like ‘Community,’ ‘Happy Endings,’ Ben and Kate,’ and ‘Ballers.’ Other films of note include ‘Bad Therapy,’ ‘The Layover,’ and of course, the ‘Hot Tub Time Machine’ film franchise.

Here are some of the best highlights of Rob Corddry’s career:

“I remember interviewing someone I actually felt bad for, and therefore didn’t want to take an ironic stance against him. It actually turned out to be a really funny piece.” – Rob Corddry

“My job was basically to look at a good friend completely naked and rub lotion on her back. I was naked too, but I got to put a towel on almost immediately. So I was like, “Well, this is going to be embarrassing, but it’s also going to be kinda awesome.” – Rob Corddry

“I am a man who used to wear the tights. We traveled the country doing two Shakespeare plays for bored college students for about a year. I think I’d probably still be doing it now if I hadn’t just randomly decided to go to a sketch group audition. That led to doing improv, which led to the Daily Show. But it was fun while it lasted.” – Rob Corddry

“It started for me as just wanting to be an actor and resenting in a weird way being expected to write as well as be a comedian and an improviser. And then you think about it for a minute, and I smartened up and realized that the only way to sustain a career is to generate your own material.” – Rob Corddry

“I peed in my wife’s boot once. In Madrid, we were drinking absinthe and somehow made it back to our hotel on our honeymoon. I don’t remember a second of this, but my wife woke up to this noise. Two of her boots were in the corner, one had fallen down, and the other was standing up, and I was peeing into it!” – Rob Corddry

“Stand-up is a real art form in itself, and one that I really think to be good at, you have to devote your entire life to. It’s the really, really good ones that end up getting to do the things that I like to do: movies, TV shows, and stuff like that. It’s a really hard gig, and it just never called to me.” – Rob Corddry

Now that you know all about Rob Corddry’s net worth and how he achieved success; let’s take a look at some of the lessons we can learn from him:

If you have a secret, people will sit a little bit closer.

People want other people to know that they share our sensibility, even if they’re not exactly sure what that sensibility is.

You’re encouraged to pitch your own story. That way, you’ll have more control over what you do.

How much is Rob Corddry worth?

Rob Corddry’s net worth is estimated to be $10 Million.

How old is Rob Corddry?

How tall is Rob Corddry?

Rob Corddry is an American comedian and actor who is best known for his work on series such as ‘The Daily Show with Jon Stewart,’ ‘Ballers,’ and ‘The Unicorn.’ Corddry has created and starred in the series ‘Children’s Hospital.’

He has appeared in several films, including his starring role in ‘Hot Tub Time Machine.’

What do you think about Rob Corddry’s net worth? Leave a comment below.