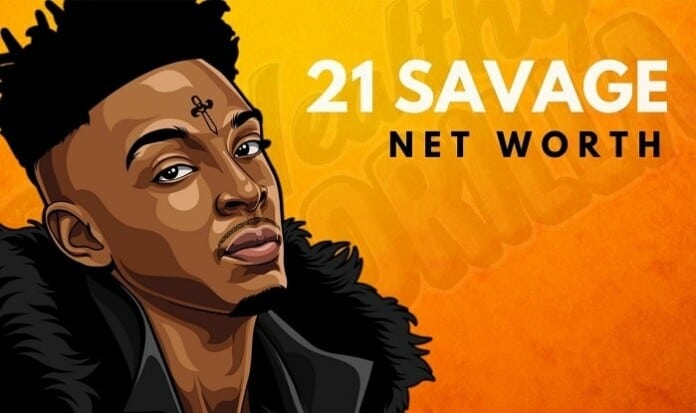 What is 21 Savage’s net worth?

21 Savage, born Shayaa Bin Abraham-Joseph, is an English rapper, thought to be American for a long time by all his fans. He achieved fame after releasing mix-tapes and EP’s in 2015 and 2016, which then led to mainstream success.

Savage has collaborated with artists such as Offset, Lil Yachty, and Ty Dolla Sign.

Shayaa Bin Abraham-Joseph was born on the 22nd October, 1992, in London, England. 21 Savage’s mother raised him and his 10 siblings (6 sisters, 4 brothers). One of his brothers is now deceased due to being shot after a drug deal went wrong.

When 21 Savage was growing up, he was involved with a gang, and as a result got into a lot of problems.

He was barred from a lot of schools after he decided to bring a gun into school one day and got himself expelled. He’s also been shot six times during an attempted robbery, and his best friend died.

21 Savage began producing music towards the end of 2014. He began by releasing various mix-tapes, of which you’ll see mentioned in the next section below. These helped get him noticed and in 2016, his EP Savage Mode reached the Billboard Top 200.

In the same year, he released his debut studio album ‘Issa Album’, which also made the billboard charts, and set him up for future success. You’re probably most aware of 21 Savage from his collaboration with Post Malone on the song ‘Rockstar’.

What is 21 Savage’s net worth?

Here are some of the best highlights of 21 Savage’s career:

“I’m not really focused on the applause, the claps; I’m just doing my music, making my money, keeping my head down. I represent a ni**a comin’ from nothing to somethin’ and adapting and changing his ways for the better.” – 21 Savage

“I ain’t tryna die. Or get locked up. Had to change up the way I move. Rapping just gave me something to do versus the streets. I got a crew. I got a lot of real ni**as around me that deserve everything that I deserve. Rapping is one of the tools we can use to make sure all our folks straight.” – 21 Savage

How much is 21 Savage worth?

21 Savage has had a dodgy past, and he’s relatively new to mainstream music, but he’s already achieving great success in hip hop.

What do you think about 21 Savage’s net worth? Leave a comment below.