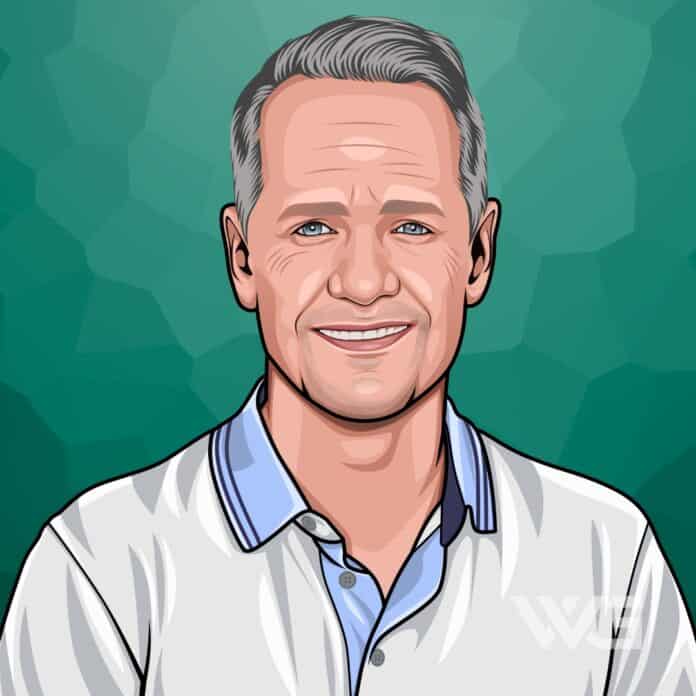 What is Luke Donald’s net worth?

Luke Donald is an English professional golfer and former No. 1 in the World Golf Rankings.

For his skills on the fairway, Donald has amassed a substantial fortune that continues to grow as he keeps competing.

After high school, Donald joined College Prospects of America and sent numerous resumes to universities in the states.

While many attempted to recruit him, Donald ultimately decided to attend Northwestern University on a golf scholarship.

Donald turned professional in 2001 but didn’t play as a member of the PGA Tour until 2002, when he won his first title at the Southern Farm Bureau Classic.

With his remarkable success, Donald became the 11th rookie in PGA Tour history to earn over $1 million during his first season.

Although 2003 wasn’t as grand, in 2004, he won the Omega European Masters and the Scandinavian Masters on the European Tour.

The following year, he tied for third place at the Masters Tournament and was one of two players to play with Jack Nicklaus during his final rounds of golf.

In 2006, Donald won his second PGA Tour event and won three matches in the Ryder Cup.

While an injury caused him to miss many matches in 2009, the following year, he won the Madrid Masters and was part of the European team that beat the U.S. by one point at the Ryder Cup in 2010.

In 2011, Donald experienced his best year to date, winning the World Golf Championship and rising to become the number one golfer in the world.

The same year, Donald also won the BMW PGA Championship and the Barclays Scottish Open, as well as many more.

While Donald continued playing well from 2012 to 2019, he never had a year quite like 2011 again and hasn’t since regained the World Number One Golfer title.

In 2020, a medical exemption kept him from competing, and after not playing at all in 2021, Donald announced he would take over as captain of the European Ryder Cup team in preparation for the 2023 matches in Italy.

Luke Donald has worked his way up to become one of the richest golfers in the world, and his net worth is only getting larger each year.

While some years have been better than others, Donald has been consistently earning millions for the better part of two decades.

He may never earn as much as Phil Mickelson, but Luke Donald is certainly not going to be broke anytime soon.

Luke Donald met his now-wife, Chicago native Diane Antonopoulos, while he was attending university, and the couple married in 2007.

Together they have three daughters, Sophia, Elle, and Georgina, and they own homes in Evanston, Illinois, and Jupiter, Florida.

While at university, Donald studied art theory and, in his spare time, he enjoys painting and drawing, and one of his oil paintings was even auctioned off for a PGA charity event.

On social media, Donald is active on his official Instagram account, where he posts about golf, his family, and events he attends.

Luke Donald has received many awards during his career due to his exceptional skills.

While all of his accolades are important, some are more prestigious than others.

Here are some of the most significant awards from Luke Donald’s career:

If you couldn’t tell, 2011 was a big year for Luke Donald, and it saw him win numerous events between the PGA and European Tours, a feat he has yet to be able to repeat.

How Does Luke Donald Spend His Money?

Luke Donald is known to own homes in Evanston, Illinois, and Jupiter, Florida, but little is known about those properties.

However, fans did get a taste of his lavish lifestyle when he put his Northfield, Illinois, home up for sale in 2019 for $3.9 million.

This 10,555 sqft home is situated about 20 minutes north of Chicago, and after purchasing the home, Donald completely renovated the kitchen, master suite, and wine cellar.

In the basement, Donald also added a private club space, a billiards table, a gym, and a high-end golf simulation room.

Outdoors there is a stone patio, a built-in fireplace, a spa, and a pool that make the home look like something you’d find in L.A. and not the American midwest.

Luke Donald’s career has been filled with unforgettable moments and impressive victories.

However, some of his most significant milestones are the ones that impacted his fame and fortune the most.

Here are some of the best highlights of Luke Donald’s career:

Each of these highlights stands out as some of the most important moments in Luke Donald’s professional golf career.

Winning is very important to Luke Donald; he does what he needs to to be the best in the game.

Always looking for ways to improve, Donald works extremely hard to stay on top of his game.

Here are our favorite quotes from Luke Donald:

We can learn a lot from Luke Donald and his long career as a professional golfer.

Now that you know all about Luke Donald’s net worth, let’s take a closer look at what he can teach us about reaching our own goals.

Here are some of the best success lessons to learn from Luke Donald:

No matter how good you think you are at something, there is always room for further improvement.

Don’t get complacent, or you’ll risk falling behind and getting passed over by someone else.

2. Don’t Get Caught Up In The Big Picture

While it is important to keep the big picture in mind, it is likewise essential that you remember the smaller pictures in between.

The little details have the largest impact overall, and they shouldn’t be neglected.

Everyone faces failure, but it’s how you handle it that really matters.

Instead of letting yourself be dragged down by negative thoughts, turn that loss into motivation to keep working as hard as possible.

Luke Donald has made a name for himself as one of the best golfers in the world, and his bank account reflects how valuable his skills are.

While he isn’t the richest golfer on the green, as he keeps competing, we could very well see him achieve that milestone.

Make sure to check back frequently so that you don’t miss any updates to Luke Donald’s growing fortune.

What do you think about Luke Donald’s net worth? Leave a comment below.