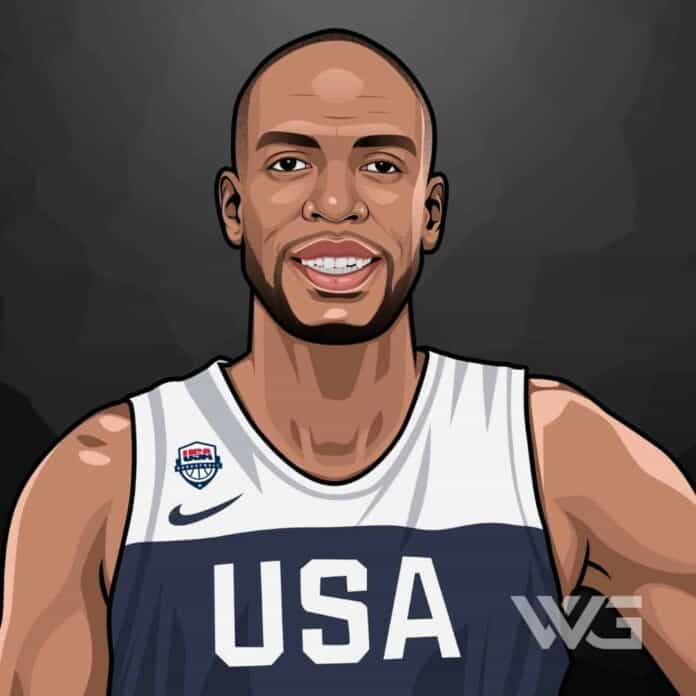 What is Khris Middleton’s net worth?

Middleton plays for the Milwaukee Bucks of the NBA. Middleton attended Porter-Gaud School, where he was coached by John Pearson. As a junior and senior, he was named South Carolina Player of the Year and was a McDonald’s All-American nominee.

As of December 2022, Khris Middleton’s net worth is estimated to be $50 Million.

James Khristian Middleton was born on the 12th of August, 1991, in Charleston, South Carolina.

Middleton is the son of James and Nichelle Middleton. He has one older sister named Brittney, and his cousin, Josh Powell, has played in the NBA.

Another cousin, Kenny Manigault, played basketball for Wichita State University and was teammates with Middleton on the Amateur Athletic Union team Carolina Celtics. Middleton attended Porter-Gaud School and played basketball for the Cyclones under coach John Pearson. As a sophomore, he averaged 12 points and eight rebounds per game.

Middleton was selected by the Detroit Pistons with the 39th overall pick in the 2012 NBA draft. On August 15, 2012, he signed his rookie scale contract with the Pistons.

On July 31, 2013, Middleton was traded, along with Brandon Knight and Viacheslav Kravtsov, to the Milwaukee Bucks in exchange for guard Brandon Jennings.

In 2015, Middleton re-signed with the Bucks to a five-year, $70 million contract, with a player option for the fifth year. This constituted a significant pay raise for Middleton, as he earned $915,000 the prior year.

The following year, in a win over the Minnesota Timberwolves, he scored 32 points on 11-of-16 shooting, including 8-of-9 on three-pointers, marking the most three-pointers made by a Bucks player since Carlos Delfino had eight on March 18, 2011.

Middleton received his first All-Star selection in 2019 and his second in 2020. The following year, Middleton helped lead the Bucks to their first NBA championship since 1971. The same year, he won a gold medal for basketball at the Olympics.

As of December 2022, Khris Middleton’s net worth is estimated to be roughly $50 Million.

Here are some of the best highlights of Khris Middleton’s career:

“We had a lot of close games; we were losing games. Failing in those opportunities – when the game was close? And we needed a bucket or a stop? I wasn’t able to come through. It’s just… something that you get comfortable with as time goes on. You’re OK with failing, as long as you’re trying as hard as you can.” – Khris Middleton

“Just knowing how to get to my spots – that’s the key. Once I get to my main spots, I feel like I have a lot of options I can go to – keep on driving, pass, or shoot. I just feel like if I can get to those spots, I can play my game.” – Khris Middleton

“There aren’t any negative thoughts about my time in Detroit; I just didn’t play. Sometimes you have to go through that at different stages. I went through it during a tough period, my first year in the league, but it was a good year for me off the court.” – Khris Middleton

“If we want to win, we’re not going to be able to go out on the court and say, ‘My turn’ or ‘Your turn.’ We’re going to have to play together and sacrifice some shots, some ball touches, some minutes.” – Khris Middleton

“I dedicate much of my success to what I learned inside and outside the classroom at Porter-Gaud, and I want to give that same opportunity to other kids in Charleston.” – Khris Middleton

Now that you know all about Khris Middleton’s net worth, and how he achieved success; let’s take a look at some of the lessons we can learn from him:

Some people will have their opinions, but you have to have confidence that you’re one of the bes to be in the leaguet.

You have to go through some things to get to where you want to go.

If you stay patient in the offense, shots will come.

How much is Khris Middleton worth?

Khris Middleton’s net worth is estimated to be $50 Million.

How old is Khris Middleton?

How tall is Khris Middleton?

Khris Middleton is an American professional basketball player for the Milwaukee Bucks of the NBA.

He went on to play college basketball for Texas A&M University, where he started the majority of the games in his freshman year.

Middleton was selected by the Detroit Pistons with the 39th overall pick of the 2012 NBA draft.

As of December 2022, Khris Middleton’s net worth is estimated to be roughly $50 Million.

What do you think about Khris Middleton’s net worth? Leave a comment below.