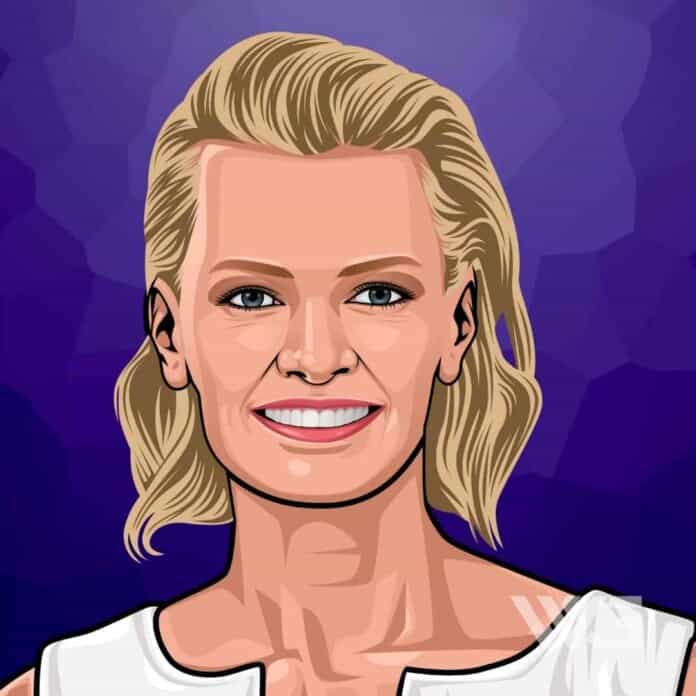 What is Sarah Murdoch’s net worth?

Murdoch was raised in Sydney, Australia, and she studied in Western Sydney at Strathfield’s The McDonald College of the Performing Arts. After her ballet master Alan Alexander Cross told her she was too tall to become a successful ballet dancer, she changed direction to modeling.

When she was 17 years old, Murdoch started her modeling career.

She filled in for Jessica Rowe on the popular morning show ‘Today while Rowe.’ In 2007, it was reported in The Sydney Morning Herald that she would finish up her hosting duties on the 30th of March 2007. She returned as a guest host later that year.

Murdoch starred with fellow supermodel Shalom Harlow in the comedy ‘Head Over Heels’. She also appeared on an episode of the sitcom Friends.’

She rose to fame when she replaced Jodhi Meares as host of ‘Australia’s Next Top Model.’ In addition to hosting Top Model and an executive producer on the show, she also inked a deal with Foxtel to create documentaries with her production company Room 329 Productions.

Murdoch experienced media scrutiny during the Grand Final of ‘Australia’s Next Top Model’ in 2010.

Murdoch and her production company, Room 329 Productions, along with Foxtel, produced 4 episodes of Pride of Australia with Murdoch herself as a host. The program told inspiring stories of everyday Australians acts of great courage, love, and determination when faced with adversity.

How Does Sarah Murdoch Spend Her Money?

Sarah Murdoch spends her money on real estate and vacations.

She lives with her husband in a massive $150 million in Los Angeles. The property was home to Jerry Perenchop, who died in 2017. The 25,000-square-foot mansion comes with 11 bedrooms and 18 bathrooms, a 12,000-bottle wine cellar, a 75-foot swimming pool, acres of private gardens, and secret underground tunnels.

Murdoch and her family like to go on lavish vacations in their private jet to luxurious destinations, which can cost up to a fortune.

Here are some of the best highlights of Sarah Murdoch’s career:

“I now sleep from 10 pm till 6 am. I love my sleep. And like you, I’m still getting up for them. But I used to be up all night when the kids were babies – one of them woke on average 10 times a night – so this is much better.” – Sarah Murdoch

“I remember being up at 2 am with a crying baby looking out the window and wondering if she was the only mum who didn’t know how to get her baby to sleep, but taking a little comfort knowing that there had to be other mums out there, at the same time, in the exact same situation. I knew in my heart we would all get through it.” – Sarah Murdoch

“You don’t feel your best if you don’t eat well. I was chatting to my best friend the other day, and we were wondering why we’re all having epiphanies at this stage of our lives about healthy eating.” – Sarah Murdoch

“Research has found that what is most damaging in terms of children’s self-esteem is seeing their mothers look in the mirror and say things like, ‘Oh, I look fat in this dress. So it’s not always magazines or television that is to blame.” – Sarah Murdoch

“Mix it up. I get bored doing the same things, so you need to do different things and use your body in different ways. Don’t get stuck doing the one thing. And with food, I love chocolate, I love ice cream. A little bit of everything does you good.” – Sarah Murdoch

Now that you know all about Sarah Murdoch’s net worth and how she achieved success; let’s take a look at some of the lessons we can learn from her:

You only live once, but if you do it right, once is enough.

Be nice to people on the way up because you may meet them on the way down.

3. Having a Nice Heart

Nothing is more honorable than a grateful heart.

How much is Sarah Murdoch worth?

Sarah Murdoch’s net worth is estimated to be $100 Million.

How old is Sarah Murdoch?

How tall is Sarah Murdoch?

Sarah Murdoch is a British Australian model and actress who is best known for hosting ‘Australia’s Next Top Model.’

She married Lachlan Murdoch in 1999, and she started her modeling career when she was 17 years old. Throughout her career, she had modeled for Karl Lagerfeld, Chanel, Oscar de la Renta, L’Oréal, Ralph Lauren, Revlon, Yves Saint Laurent, Estee Lauder more.

She has been on numerous magazine covers including Elle, Vogue, GQ, Glamour, and Marie Claire. Between 2007 and 2011, she hosted the television series ‘Australia’s Next Top Model’.

What do you think about Sarah Murdoch’s net worth? Leave a comment below.