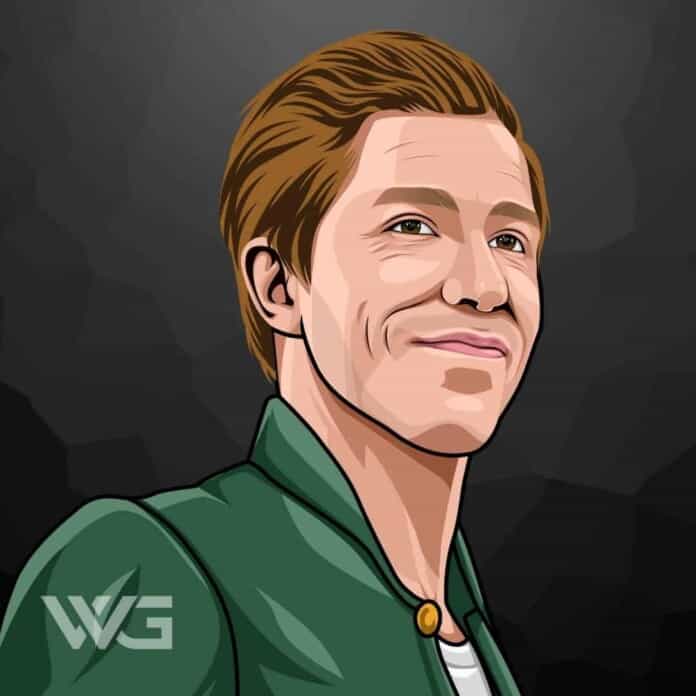 What is Shaun White’s net worth?

As of January 2023, Shaun White’s net worth is roughly $65 Million, which makes him by far the richest snowboarder in the world.

Shaun White is an American professional snowboarder and skateboarder. White has won three gold medals within the Olympics during his career. He also holds the records for the most X-Games and Olympics gold medals by a snowboarder.

You’ve probably even played one of the many video games he’s released over the years.

Shaun Roger White was born on the 3rd September 1986, in San Diego, California. White was born with a congenital heart defect, which results in him having to undergo two open-heart surgeries before he was even one year old.

He spent a lot of his early snowboarding days as a teenager in small ski resorts based around Ludlow, Vermont, and the San Bernardino Mountains. This was where White first built the foundation of his snowboarding skills.

Aside from his snowboarding career, Shaun White had gained a lot of attention in skateboarding. That included attention from the likes of Tony Hawk, who then mentored White, and helped him to become a pro league skater. White went on to win various medals in skateboarding, but his main passion took over…

Shaun had been sponsored in snowboarding since he was only 6 years old. So far, he’s participated in four Winter Olympics, as well as the Winter X Games. He has 18 medals to his name, 13 of which are gold, and he’s not even done yet.

White has even released a video game series, which at one point in time was one of the best selling games in the US.

It’s safe to say, this guy is a born champion.

Here are some of the best highlights of Shaun White’s career:

“Surfers have the most attitude.” – Shaun White

“My friends ask me why I still live with my family, but I feel comfortable there. We’ve all been through so much together.” – Shaun White

“I’ve always been a guy who wants to play sports, not watch them.” – Shaun White

“I always tell people that our sports aren’t that dangerous.” – Shaun White

“I’m proud of the U.S.A. We’ve done some amazing things. To wear our flag in the Olympics is an honor.” – Shaun White

“My mom was a waitress, and my dad was a plumber who worked for the City of San Clemente fixing mains breaks, so not too glamorous.” – Shaun White

How much is Shaun White worth?

Shaun White’s net worth is estimated to be $65 Million.

How old is Shaun White?

How tall is Shaun White?

Shaun White is the richest snowboarder in the world and is naturally considered the best in the world. This guy has not only has an incredible career in winter sports but also as a skateboarder.

What do you think about Shaun White’s net worth? Leave a comment below.

Jody Scheckter took his love of driving and earned a fortune by winning the Formula 1 Championship to become a multi-millionaire.