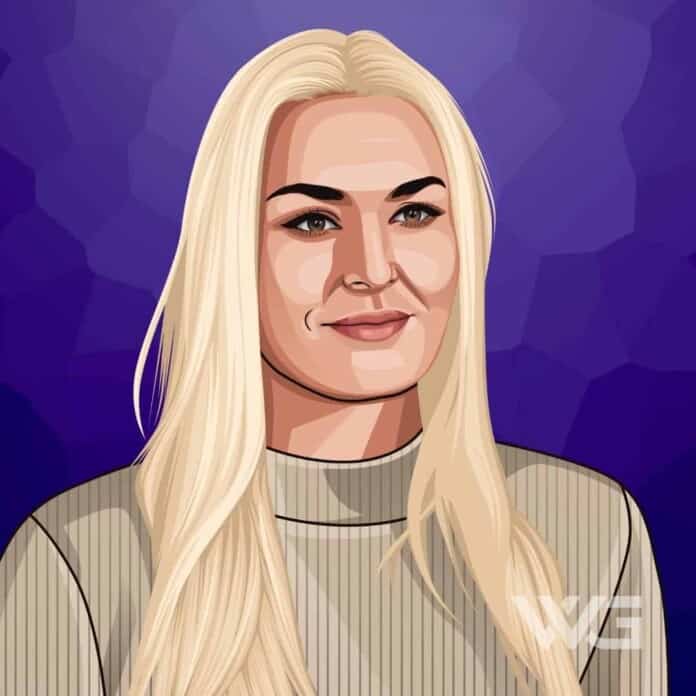 What is Lindsey Vonn’s net worth?

Lindsey Vonn is an American former World Cup alpine ski racer on the US Ski Team.

She won four World Cup overall championships – one of only two female skiers to do so, along with Annemarie Moser-Pröll.

As of November 2022, Lindsey Vonn’s net worth is estimated to be roughly‎ $12 Million.

Lindsey Caroline Kildow was born on the 18th of October, 1984, in Saint Paul, Minnesota.

She was raised in the Twin Cities metropolitan area in Burnsville, Minnesota.

Vonn started skiing at the age of 2. She was trained at ‘Buck Hill,’ a ski and snowboard area, by her father’s former coach, Erich Sailer, who was also a ‘US Ski and Snowboard Hall of Fame’ inductee.

By the time Lindsey was 7, she had already skied in Colorado, Minnesota, and Oregon all-year-round. She traveled to Colorado by train for several years to receive skiing lessons at the ‘Ski Club Vail’ (SCV), an alpine racing program that trains young and aspiring skiers of age 6 and above.

In 1997, when Lindsey was in sixth grade, her family decided to move to Vail, Colorado, permanently. Her siblings, too, relocated soon. During her first year at ‘SCV,’ she skied under the ‘Gravity Corps’ pre-age-class program.

In 1999, Will McDonald and Lindsey were the first American athletes to win the “Cadets” slalom events in Italy’s Trofeo Topolino di Sci Alpino.

She also won the ‘US Alpine Championships’ combined title (downhill and slalom) in 2008.

At the 2009 ‘World Championships’ held in Val-d’Isere, France, Lindsey became the first woman to win the world super-G title. In the super combined event, she won the downhill round and almost finished second with a remarkable slalom performance. However, she was later disqualified for splitting a gate.

Here are some of the best highlights of Lindsey Vonn’s career:

“People get nervous driving around corners, thinking they’re going to tip over. But you can go soooo much faster through the curves than you realize.” – Lindsey Vonn

“I always ate healthily, but it wasn’t scientific. Now it’s a high-protein diet and no carbohydrates. I have more consistent energy, and I don’t get tired after a meal. It does take a very detailed meal plan.” – Lindsey Vonn

“Life’s short, you know? Especially as an athlete. Your career is very short, and you use the opportunities that you have because you’re not going to have them again.” – Lindsey Vonn

“I went from being married to living on my own in L.A., to having a new boyfriend and just being totally self-sufficient and super independent. It’s awesome. I love it!” – Lindsey Vonn

“When you’re young, you develop ways to win, and you think they will always work, but then you get to the top, competing against the other top athletes, and sometimes things don’t work.” – Lindsey Vonn

“Facebook and Twitter have changed how people follow ski racing. In past Olympics, you couldn’t stay in touch with the fan base that followed you during the Olympics. They thought they had to wait four years to reconnect.” – Lindsey Vonn

Now that you know all about Lindsey Vonn’s net worth, and how she achieved success; let’s take a look at some of the strongest lessons we can learn from her:

1. Be In Control Of Yourself

Vonn decided that she pushed herself too hard in the first 10 months of recovery. She was in charge of her own body and she had to make the call if she was ready or not.

2. If You Want It, You Have To Work Hard

There’s no substitute for hard work. You are the sum of all your training. Grinding is every day, 24/7 thing. The Gold is glamorous. Work hard.

Lindsey always talks about having a goal for her recovery.

Her first 10 months were solely focused on Sochi. When she knew she wouldn’t be able to compete in Sochi 2014, she switched gears and her mindset to the next competition. Keep a calendar and timeline to keep yourself moving ahead.

How much is Lindsey Vonn worth?

Lindsey Vonn’s net worth is estimated to be $12 Million.

How old is Lindsey Vonn?

How tall is Lindsey Vonn?

Lindsey Vonn is a world-renowned American alpine ski racer on the US ski team. She is one of the six women to have won ‘World Cup’ races in all five disciplines of alpine skiing, namely, downhill, super-G, slalom, giant slalom, and super combined.

She has also won eight ‘World Cup’ season titles in the downhill discipline, five super-G titles, and three consecutive titles in the super combined (2010 to 2012).

As of November 2022, Lindsey Vonn’s net worth is approximately $12 Million.

What do you think about Lindsey Vonn’s net worth? Leave a comment below.