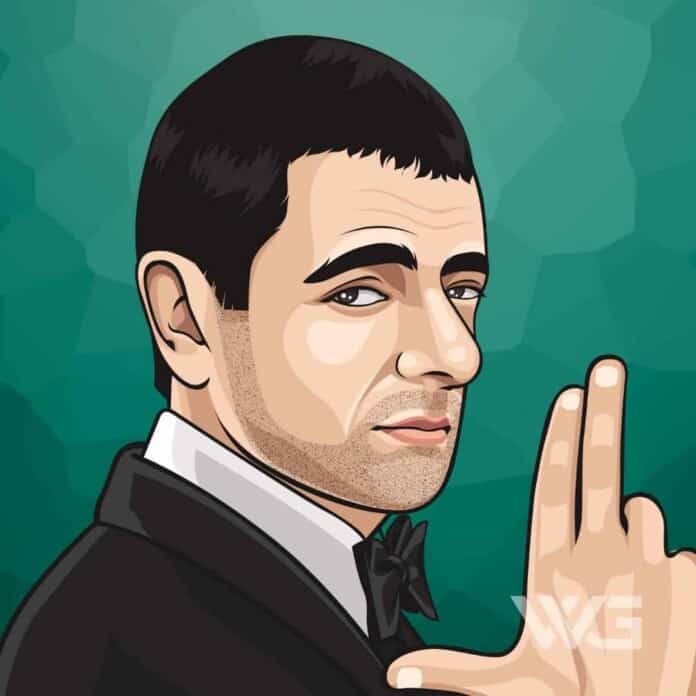 What is Rowan Atkinson’s net worth?

As of February 2023, Rowan Atkinson’s net worth is estimated to be $150 Million.

Rowan Atkinson is an English actor, screenwriter, and comedian, most popularly known for being Mr. Bean, the character that’s blessed our TV screens with comedy for decades.

Atkinson is one of the most legendary figures in English comedy and has also become one of the richest comedians in the world.

Rowan Atkinson was born on the 6th January 1955, in County Durham, England. He is the youngest of four brothers, however, his oldest brother Paul passed away when he was an infant.

Atkinson attended Durham Choristers School, St. Bees School, and graduated from Newcastle University with a degree in Engineering. He then went on to further his education and receive, specifically, an Electrical Engineering degree from Oxford.

However, this wasn’t where Atkinson’s passion lied, and at around the same time, we would write and perform comedy sketches for several Oxford-based shows.

Rowan Atkinson’s career as a performer and comedy sketch writer began in 1979, when he starred in his own comedy shows for BBC Radio 3.

From here, he turned his focus onto Television, and his first big success was with the ‘Not the Nine O’Clock News’ show. This led to ‘The Black Adder’, which remains one of the best British comedy shows of its era.

Black Adder controlled the 1980’s, but the character we all recognize Atkinson for, Mr. Bean, first appeared in 1990. Mr. Bean went on to be an enormous success and is the show that Rowan Atkinson is most known for.

Alongside this, Atkinson also starred in The Thin Blue Line, and several movies, including Johnny English, Love Actually, Rat Race, and Four Weddings & A Funeral.

As of February 2023, Rowan Atkinson’s net worth is estimated to be $150 Million.

Here are some of the best highlights from Rowan Atkinson’s career:

“The older you get, the more you realise how happenstance… has helped to determine your path through life.” – Rowan Atkinson

“I mean I can do it when I’m very relaxed, and with good friends, then I think I can be amusing.” – Rowan Atkinson

“When I was doing Bean more than I’ve done him in the last few years, I did strange things – like appearing on chat shows in character as Mr. Bean.” – Rowan Atkinson

“No, no, I was only funny on stage, really. I, I, think I was funny as a person toward my classmates when I was very young. You know, when I was a child, up to about the age of 12.” – Rowan Atkinson

View our larger collection of the best Rowan Atkinson quotes!

How much is Rowan Atkinson worth?

Rowan Atkinson’s net worth is estimated to be $150 Million.

How old is Rowan Atkinson?

How tall is Rowan Atkinson?

Millions of people around the world, majorly in England, loved Mr. Bean. The character revolutionized English comedy and made Rowan Atkinson a very rich man.

What do you think about Rowan Atkinson’s net worth? Leave a comment below.