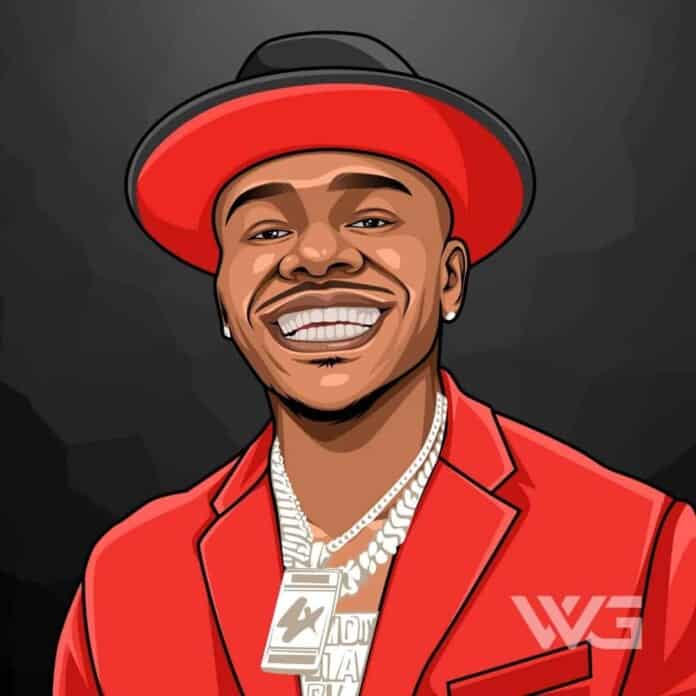 What is DaBaby’s net worth?

DaBaby is an American rapper, songwriter, and singer from North Carolina. He rose to fame after the release of his mixtapes between 2014 and 2018. His first album entitled ‘Baby on Baby’ was dropped in 2019 and it peaked at the 7th spot on the Billboard 200.

His third studio album, ‘Blame It on Baby’, included his highest-charting song, ‘Rockstar’ which spent seven weeks at number one on the Billboard Hot 100.

Jonathan Lyndale Kirk was born on the 22nd of December, 1991, in Ohio. Kirk is the youngest child in the family and he grew up with his two brothers. When he grew up he listened to artists such as Kanye West, 50 Cent, Eminem, and Lil Wayne.

His family moved to North Carolina when he was 6 years old and DaBaby found himself amidst the bad elements from the streets. He indulged in crimes when he was younger.

DaBaby dropped his debut album ‘Nonfiction’ in 2015. The same year, he moved to Austin, Texas to join in the ‘South by Southwest Music Festival’. He started to get noticed when he performed live at the festival.

He gained a good response when he released his new mixtape in 2016, named ‘God’s Work’: Resurrected’. Beginning of his next mixtape he began using the moniker ‘DaBaby’.

The mixtape ‘God’s Work: Resurrected’ worked better than his debut mixtape and earned a lot of attention. DaBaby started to release his tracks and albums on online platforms such as SoundCloud,’ where he developed a significant fan base over the years.

He released ‘Baby Talk 5,’ in 2018. The same year, he released another mixtape, ‘Blank Blank,’ which was successful.

Here are the best highlights of DaBaby’s career:

“It’s just the risk that I take and the sacrifice that I make: Putting myself, my career, my family’s peace of mind on the line just to do right by my fans. It ain’t no gray area: You’re either with that and willing to go out of your way to make people who contribute to your dreams coming true happy or you aren’t. ” – DaBaby

“I didn’t know of any rappers in Charlotte. Not to sound like I’m bragging, but I brought the music scene alive and shed the proper light on it. I took it to a whole other level when I started rapping.” – DaBaby

“My name was originally Da Baby Jesus, but I changed it like two years into my career because I didn’t want to offend anyone; although I feel like my purpose in the game is related and still is, I didn’t want my name to be a distraction from the music.”  – DaBaby

“There was so much music growing up. But definitely Lil Wayne was a big influence because I had more of an understanding of what I was listening to when I was getting older. ” – DaBaby

View our larger collection of the best DaBaby quotes!

Now that you know all about DaBaby’s net worth, and how he achieved success; let’s take a look at one of his of his lesson that we can learn from him:

You can’t cheat the game and the grind. You get out what you put in at the end of the day.

How much is DaBaby worth?

DaBaby’s net worth is estimated to be $5 Million.

How old is DaBaby?

How tall is DaBaby?

DaBaby is best known for his successful debut album titled ‘Baby on Baby’. He was raised in North Carolina and he has been interested in music since he was very young. His single ‘Light Show’ has received millions of hits on online platforms.

What do you think about DaBaby’s net worth? Leave a comment below.