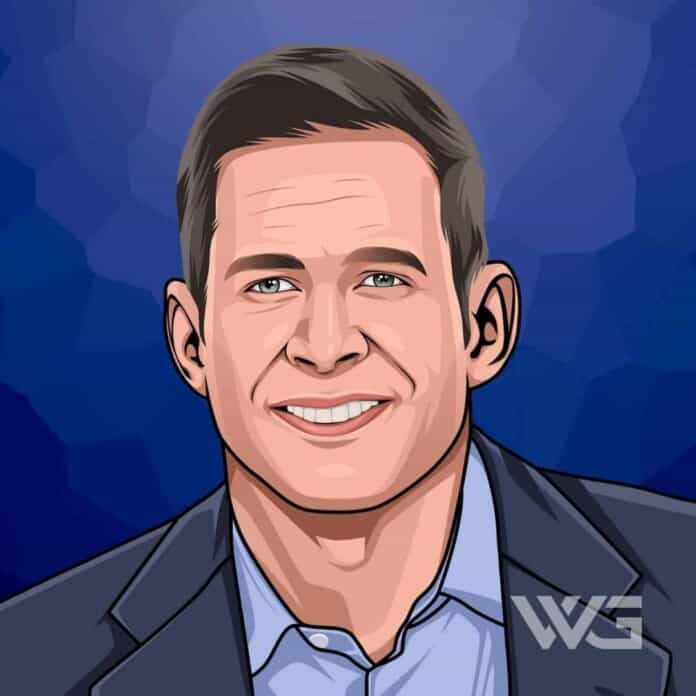 What is Tarek El Moussa’s net worth?

Tarek El Moussa is a real estate investor and television personality and he is best known for being one of the hosts of the TV series ‘Flip or Flop’.

His ex-wife, Christina El Moussa is also a real estate shark. The couple has been involved in renovating and finding homes and they also run the ‘Tarek and Christina: The El Moussa Group’.

He was born to a Moroccan father. In 2009, he got married to Christina El Moussa, and the couple has two children, Taylor and Brayden. In 2016, the couple got divorced.

At the age of 21, Tarek El Moussa earned his real estate license. He and his ex-wife began flipping homes in Orange County and in 2011, they recorded an audition tape that was sent to HGTV. The following year, HFTV signed the couple with a weekly program.

They hosted ‘Flip and Flop’ and the first episode aired on the 16th of April, in 2013. They also run a real estate agency by the name of ‘The El Moussa Group’ in California.

California is one of the biggest foreclosure rates in the United States. Their first profit was gained by buying an investment house in Santa Ana for 115 thousand dollars and selling it for the profit of thirty-four thousand dollars.

Tarek, Christina, and Pete De Best split the money and continued to flip houses. They have also expanded their real estate investing business into Arizona and Nevada.

Here are the best highlights of Tarek El Moussa’s career:

“For most fans, I think it’s more than just a real estate show. We’ve been doing this for so long. People have watched kids born, people have watched us raise kids, they watched us get divorced, they know us. They’ve been following our lives for almost 10 years. They feel like they’re a part of it, which makes sense.” – Tarek El Moussa

“We had our biggest project of the season—over the 5,000-square-foot house and we spent more than $300,000 on the remodel. Bigger projects, bigger budgets, bigger design, more profit: It’s going to be a good season.” – Tarek El Moussa

“I’m so grateful for my life. I’m healthier than I’ve ever been. I survived cancer twice. My divorce almost killed me and for five or six years of my life, I was a really sick guy and today, I’m just grateful to live and be alive and beat cancer and thrive.” – Tarek El Moussa

“We’ve been spending a lot of time together…and we just have so much fun. After all the hardships that I’ve experienced, and there are so many ups and downs in life, sometimes having fun is like the best medicine.” – Tarek El Moussa

Now that you know all about Tarek El Moussa’s net worth, and how he achieved success; let’s take a look at some of the lessons we can learn from him:

The secret of getting ahead is getting started.

The hard days are what make you stronger.

How much is Tarek El Moussa worth?

Tarek El Moussa’s net worth is estimated to be $15 Million.

How old is Tarek El Moussa?

How tall is Tarek El Moussa?

Tarek El Moussa is an American reality television star and real estate agent who is best known for his HGTV show ‘Flip or Flop’. El Moussa is known for his success at buying homes at auctions, renovating, and selling them for a profit.

As of December 2022, Tarek El Moussa’s net worth is estimated to be roughly $15 Million.

What do you think about Tarek El Moussa’s net worth? Leave a comment below.

Find out how talented DJ, music journalist, record producer, and actor Questlove rose to fame and earned his fortune.