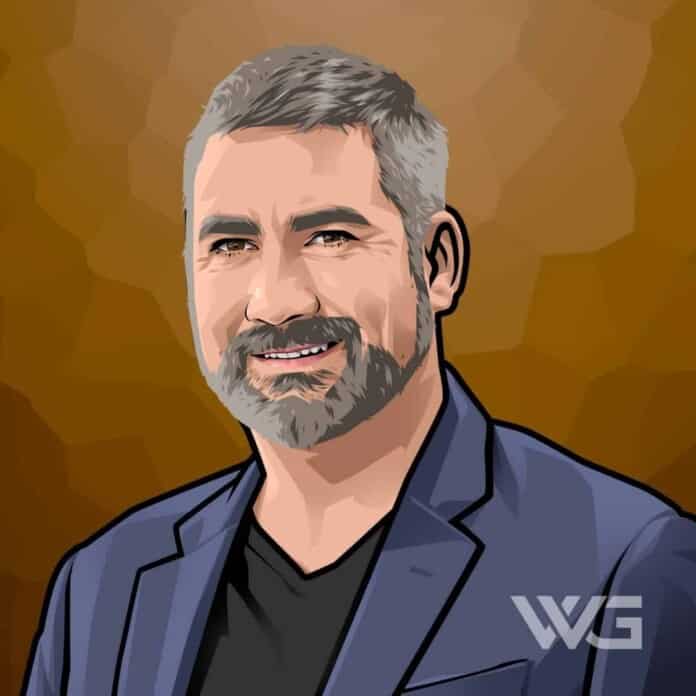 What is Taylor Hicks’ net worth?

Taylor Hicks is an American singer. Hicks won the fifth season of American Idol in 2006.

Hicks rose to fame in his late teens and performed around the Southeastern United States for well over the span of a decade, during which he also released two independent albums. After winning Idol, he signed to Arista Records.

Taylor Reuben Hicks was born on the 7th of October, 1976, in Birmingham, Alabama.

Hicks is the son of Bradley Hicks and Pamela Dickinson. He and his family moved to the suburb of Hoover when he was 8 years old.

When he was 14 years old, his parents divorced, and stepmother Linda shared custody of their son until he came of age. Hicks has suggested his difficult childhood as the reason for his turning to soul and blues music for solace.

When Hicks was part of a band called Passing Through, in 1997, he recorded ‘In Your Time,’ an album that included both studio and live tracks.

In 2000, he moved to pursue a music career in Nashville, Tennessee, where he worked with Nashville veterans Billy Earl McClelland and Percy Sledge.

Hicks left Nashville after a year. He then returned and launched a professional music career. He performed at various venues and parties mostly around the Southeastern United States, including The War Eagle Supper Club.

Hicks recorded and produced a second album, ‘Under the Radar’ in 2005. He auditioned for American Idol the same year. He passed the audition with the approval of judges Randy Jackson and Paula Abdul, but not Simon Cowell, who said that Hicks would never make it to the final round.

The following year, he was named the new American Idol. With his win at age 29, Hicks became the oldest contestant to win American Idol.

Here are some of the best highlights of Taylor Hicks’ career:

“I’m not at the hoarder stage, but there are two or three storage units here and there. I have things that a lot of people put a lot of heart and soul into, a lot of mental energy. I’m good at keeping those things. When it comes to pop culture, as you move through this fast lane, you wonder where it all goes and how you can hold onto it.” – Taylor Hicks

“A lot of my music is very roots-oriented, and that’s country and soul. I’ve been in every roadhouse in the South, soaking in all of that… Nashville is like a second home to me, and I’m just gravitating toward the songs.” – Taylor Hicks

“I like breakfast sandwiches, and the Krystal Sunriser might be the best breakfast sandwich on Earth. It has a really soft bun and sausage, eggs, and cheese on it. It’s great if you’re out until 5 or 6 in the morning and you happen to catch the 5:30 first shift. That’s what I used to do when I played clubs; I would almost stay out until they opened.” – Taylor Hicks

“I’m not afraid to eat breakfast at three in the morning. As a kid, I used to go to bed at 8 P.M., wake up at 1 A.M. when my grandma would cook me breakfast, and then I’d pass out again.” – Taylor Hicks

“I had to deal with being somewhat of an outcast because it’s not socially acceptable to be a struggling musician. There have been times where I’ve felt sorry for the person I was dating. I felt she deserved better.” – Taylor Hicks

Now that you know all about Taylor Hicks’ net worth and how he achieved success; let’s take a look at some of the lessons we can learn from him:

Life throws many curveballs, and if you don’t swing… you’re never going to hit any!

My career had a lot to do with 80 percent of my breakups. It’s very tough to date a struggling musician. The idea of it is enticing and fun, and mysterious. But the reality is long hours and hard work.

People will not always be empathic to you, be tough.

How much is Taylor Hicks worth?

Taylor Hicks’ net worth is estimated to be $1 Million.

How old is Taylor Hicks?

How tall is Taylor Hicks?

Taylor Hicks is an American singer, actor, and reality television contestant. Hicks was best known for winning the fifth season of ‘American Idol.’

The southern star began playing music in high school and eventually dropped out of Auburn University following his junior year to pursue his entertainment career.

What do you think about Taylor Hicks’ net worth? Leave a comment below.