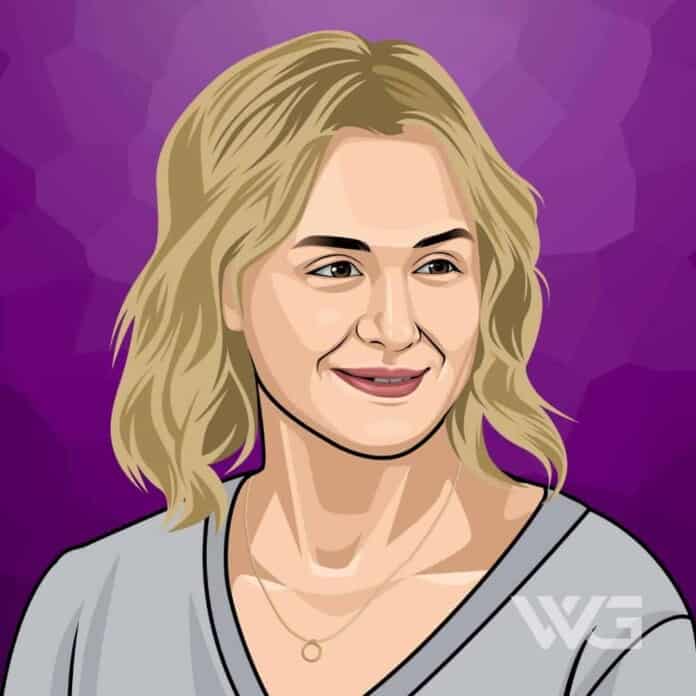 What is Taylor Schilling’s net worth?

As of December 2022, Taylor Schilling’s net worth is approximately $6 Million.

Taylor Schilling is an American actress from Boston. Schilling is best known for her role as Piper Chapman on the Netflix original comedy-drama series ‘Orange Is the New Black’.

Taylor Jane Schilling was born on the 27th of July, 1984, in Boston, Massachusetts. She grew up in West Roxbury and Wayland, splitting time between her divorced parents.

Schilling began acting at a young age. She became active in her middle school’s theatre program when she appeared in a stage production of Fiddler on the Roof.

Schilling made her feature film debut with a supporting role in the independent film ‘Dark Matter’ in 2007. In 2009, she starred in the NBC medical drama ‘Mercy’, as a tough Iraq War veteran and former military nurse-turned-medical practitioner.

Schilling portrayed Dagny Taggart in the film ‘Atlas Shrugged: Part I’ in 2011,  and co-starred with Zac Efron in the romantic drama film The Lucky One in 2012.

For the show, Schilling was nominated for the Golden Globe Award for Best Actress in a Television Series – Drama and the Primetime Emmy Award for Outstanding Lead Actress in a Comedy Series in 2014.

As of December 2022, Taylor Schilling’s net worth is $6 Million.

Here are some of the best highlights of Taylor Schilling’s career:

“I had an unorthodox high-school experience; I shifted around to different schools. When I got to college and met Larry Sacharow, who ran the theatre department [at Fordham University in NYC], he was the first person to say ‘I believe in you.’ At that point, I just needed someone to say ‘I see you, I get you, let’s go.’ It’s an amazing thing to borrow someone else’s confidence in you; it can change your life.” – Taylor Schilling

“I try not to eat too many raw vegetables. I only have one raw meal a day. At night I eat warm, cooked foods. I like to drink lots of tea, but no coffee. Not drinking coffee has changed my game for the better.” – Taylor Schilling

“I definitely felt by the time I got to grad school – which was a great experience – I was like, What’s the difference between the teachers and the students? Why are the teachers if they want to be acting? It didn’t make sense to me anymore. It’s not like you learn how to set a broken bone and you get the stamp of approval.” – Taylor Schilling

“There is something so sad about going online and seeing almost everyone shouting ‘Notice me, notice me!’ Which is such a human desire—to be acknowledged? But me responding to that with some sort of ‘You’re noticed, you’re seen’ only perpetuates the loneliness. Because I’m not seeing you; I’m not noticing you. And whoever you are, you so deserve to be noticed and valued. I feel lucky to have not grown up with the Internet because it forced me to get out, struggle and be so messy.” – Taylor Schilling

“I started doing yoga in college, so that has just become a staple of a self-care routine for my mind and my body. My body craves it at this point, so I do it two to three times a week, sometimes more. I practice Vinyasa style yoga and sometimes mix it up.” – Taylor Schilling

Now that you know all about Taylor Schilling’s net worth, and how she achieved success; let’s take a look at some of the strongest lessons we can learn from her:

You know, the mind is a remarkable thing. Just because you can’t see the wound doesn’t mean it isn’t hurting. It scars all the time, but it heals.

Do not let your negative thoughts have power over you because those thoughts will end up controlling your life. No one can live a positive life with a negative mind.

Be where you are, stop over-thinking, and focus on what you are doing.

How much is Taylor Schilling worth?

Taylor Schilling’s net worth is estimated to be $6 Million.

How old is Taylor Schilling?

How tall is Taylor Schilling?

Taylor Schilling is an American actress who is probably best known for her role as “Piper Chapman” in Orange Is the New Black, and has also starred in the NBC medical drama, Mercy.

As of December 2022, Taylor Schilling’s net worth is estimated to be $6 Million.

What do you think about Taylor Schilling’s net worth? Leave a comment below.