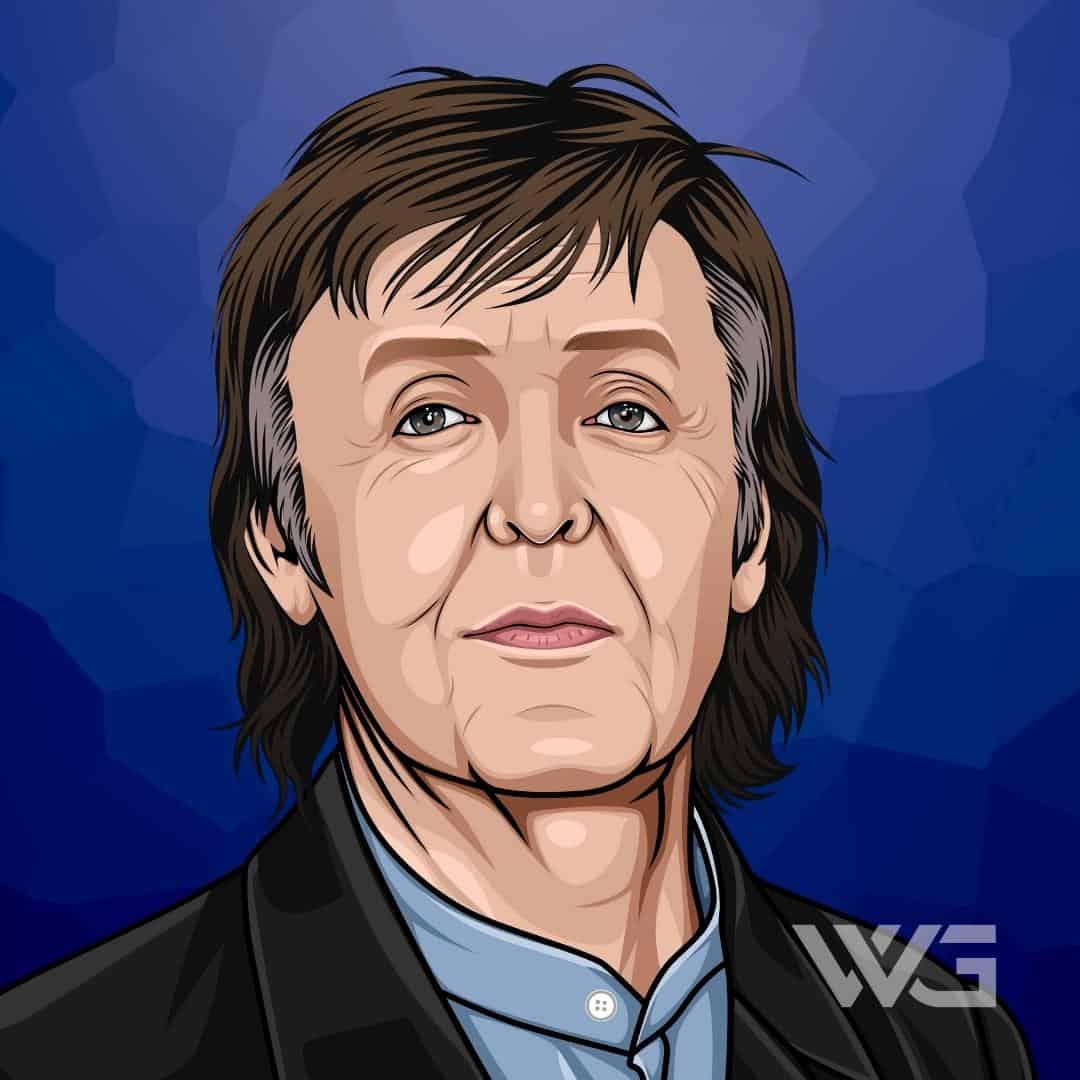 What is Paul McCartney’s net worth?

Paul McCartney is an English singer-songwriter and musician best known as the vocalist and bass guitarist for the Beatles.

One of the world’s most successful musicians, he followed his time with the Beatles with a lucrative career as a solo artist, selling millions of copies of his albums and singles.

As of February 2023, Paul McCartney’s net worth is estimated to be $1.2 Billion.

James Paul McCartney was born 18 June 1942 in the Walton area of Liverpool to parents James and Mary Patricia, who were of Irish descent.

Growing up as a working-class boy, he attended Stockton Wood Road Primary School in Speke, and he later attended Liverpool Institute, where he met future Beatles band member George Harrison.

As a teenager, he learned to play the trumpet and piano, trading the trumpet for an electric guitar and reversing the strings to play left-handed.

Paul McCartney’s professional career as a musician began in 1957 when he met John Lennon, forming the Quarrymen band to play rock and roll and skiffle music.

After changing their name to the Beatles in 1960, the band found huge success with their first hit, Love Me Do, following this with several number one hits.

With the Beatles, McCartney became an international sensation with albums such as Revolver, Sgt. Pepper’s Lonely Hearts Club Band, and Yellow Submarine reaching the top of the charts around the world.

Many of these releases would go on to be listed among the most expensive vinyl records in the world, selling for tens of thousands of dollars.

Following the breakup of the Beatles, McCartney would continue to perform both as a solo artist and with his new band, Wings.

Additional work saw him collaborating with music’s most iconic stars, including Stevie Wonder, on the huge hit Ebony and Ivory.

He has also appeared on Broadway with Bob Geldof and David Bowie for the musical Give My Regards To Broad Street.

In 2022, his Got Back Tour concluded with McCartney headlining at the Glastonbury Festival, with Bruce Springsteen among the special guests joining him on the stage.

Paul McCartney’s career earnings have seen considerable increases over the years, with each new album released adding to his annual income from royalties.

Additional work in movies and collaborations with artists such as Kanye West further add to his vast annual salary.

As one of the richest singers in the world, Paul McCartney has seen his net worth grow exponentially over the course of his career.

The huge success of the Beatles made him incredibly wealthy early on, while a prolific solo career saw McCartney enjoy continuing success later in life.

With the ability to earn upwards of $50 million per tour, Paul McCartney’s net worth will continue to increase moving forwards.

Paul McCartney has been involved in several high-profile relationships in his life, notable with actress Jane Asher and former model Heather Mills.

Perhaps his most publicized relationship was with Linda McCartney, whom McCartney married in 1968.

Through his official Instagram account, McCartney keeps his fans up to date on his latest tour dates and other media appearances.

With millions of copies of his singles and albums sold worldwide, Paul McCartney’s career has seen him nominated and awarded many accolades and honors.

As well as being one of the richest rockstars in the world, he’s also one of the most celebrated, as his list of awards demonstrates.

Here are some of the world-class accolades and awards from Paul McCartney’s career:

With Paul McCartney continuing to write and perform new music, his list of accolades will likely grow as his career continues.

How Does Paul McCartney Spend His Money?

With his vast net worth and income, Paul McCartney has accumulated a real estate portfolio including some of the most expensive houses in the world, totaling at least $100 million in value.

He’s also known for wearing some of the most expensive watches in the world, including a Patek Philippe Aquanaut and a Max Bill.

He has also donated huge sums of money to various charities, including in support of animal rights supporting the Make Poverty History campaign.

One of the most prolific and best-known singer-songwriters of all time, Paul McCartney has enjoyed a continuous streak of high points and successes

His work with the Beatles made him a household name, and his popularity continued with his work in the band Wings and as a solo artist.

Here are some of the best highlights of Paul McCartney’s career:

McCartney’s consistent prolific output has secured his place in the annals of music history, with future releases and tours promising more highlights to come.

Paul McCartney has conducted many interviews throughout his career, sharing his insights on everything from musical compositions to charitable causes close to his heart.

Here are our favorite quotes from Paul McCartney:

Now that you know all about Paul McCartney’s net worth, we’ll examine how his life and career can help us unleash our creativity to its full potential.

Here are some of the best success lessons to learn from Paul McCartney:

One of Paul McCartney’s most popular songs, Yesterday, came to him out of the blue when he was least expecting it.

Moments of inspiration can’t be forced, so if you’re suffering from a creative block, take some time out to relax.

2. Bring Talented People On Board To Get Great Results

Some of the success of the Beatles can be attributed to the exceptional production and arrangement of George Martin.

Seek out talented individuals capable of bringing something new and interesting to the table to get the best results.

3. Take Care Of Your Diet And Exercise Regularly

McCartney has been outspoken about his vegan lifestyle and the importance of sticking to a workout routine.

He practices yoga on a daily basis to increase his flexibility, even learning how to perform a headstand.

So there you have it, our complete guide to iconic rock star Paul McCartney’s net worth and his exceptional career and charitable work.

With McCartney’s career showing no signs of slowing down, he continues to tour the globe and earn millions of dollars from his music royalties.

Make sure you check back on this article in the future, as we’ll update it with the latest data about his net worth and financial status.

As of February 2023, Paul McCartney’s net worth is estimated to be $1.2 Billion.

What do you think about Paul McCartney’s net worth? Leave a comment below.