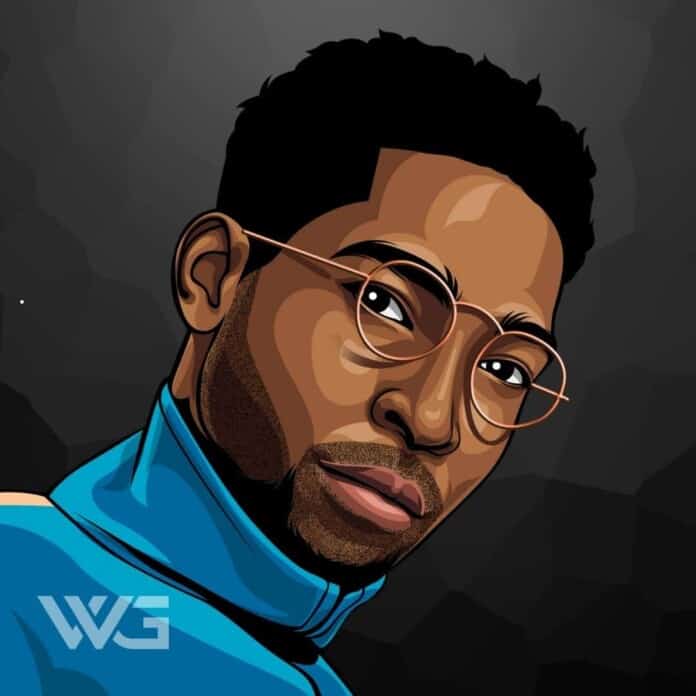 What is Tinie Tempah’s net worth?

As of November 2022, Tinie Tempah’s net worth is roughly $3 Million.

Tinie Tempah is an English rapper, singer, and songwriter from London.

He has been signed to Parlophone Records since 2009, a subsidiary of Warner Music Group. He created his own record and fashion label Disturbing London in 2006 along with his cousin, Dumi Oburota.

Tempah is the eldest of the four children born to his Nigerian Catholic immigrant parents. His father initially worked as a barber and later became a social worker.

Tempah’s middle name “Chukwuemeka” means “God has done more” in Igbo. His family lived at the ‘Aylesbury Estate’ in South East London. They moved from Peckham to Plumstead when Tempah was 12 years old.

In 2005, he released his first mixtape, ‘Chapter 1: Verse 22,’ through ‘Aftershock Records.’ His songs ‘Tears’ and ‘Wifey’ gained popularity on the music TV channel ‘Channel AKA’.

In 2009, he signed a deal with ‘Parlophone Records,’ a subsidiary of ‘Warner Music Group.’ He released his debut single, ‘Pass Out,’ in February 2010.

His much-awaited debut album, ‘Disc-Overy,’ which included all his previous charted singles, was released on October 4, 2010. It attained the number one position in the UK and was certified “double platinum” by the ‘British Phonographic Industry’.

He released singles such as ‘Lover Not A Fighter,’ featuring Labrinth, and ‘5 Minutes,’ produced by ‘BBC Radio in 2014.’ He featured with Cheryl Cole in ‘Crazy Stupid Love,’ which was number one on the ‘UK Singles Chart.’

In 2017, his third album, ‘Youth,’ was released by ‘Parlophone’ and ‘Disturbing London Records.’ The album reached number nine on the ‘UK Official Chart.’ Thus, all of Tempah’s three albums became “top ten” hits.

Here are some of the best highlights of Tinie Tempah’s career:

“I’m just a young person trying to fulfill his potential and be the best he can be at what he wants to do… I guess that’s why people connect with the music.” – Tinie Tempah

“When I was about 14 I remember thinking when it came to proposing to my future girlfriend, I’d make a CD with all her favorite songs and a message that said, ‘Will you marry me?’ Shows you what a romantic I was. No one listens to CDs anymore. It’s all about iTunes.” – Tinie Tempah

“Coming from an African background, obviously the foundation of the family home is education, probably because my parents had to work a lot harder for everything that they’ve got in this country.” – Tinie Tempah

“This is the kind of fashion I grew up on – a good pair of trainers, great denim – and I will always love high-end streetwear.” – Tinie Tempah

“Dizzee’s just my childhood hero. He was the first person who made the rest of Britain realize it wasn’t just a one-album-type situation. You’ve got to take your hat off to somebody like that.” – Tinie Tempah

Now that you know all about Tinie Tempah’s net worth, and how he achieved success; let’s take a look at some of the best lessons we can learn from him:

1. No Collar Is the New Collar

For those warmer days, be sure to pick up a collarless shirt. It’s a style that will add an element of contemporary cool to pretty much any outfit—whether worn in the office or to some ritzy garden party with foosball on the lawn.

The tonal sneakers get this outfit off to a very good start, but it’s the green bomber that should be top of your wish-list. Verdant shades are set to be big for the spring and summer months, but the added bonus of a bomber in a military hue is that it’s adaptable enough to be worn year-round.

Don’t let a spike in the mercury deter you from dressing up for a big occasion.

As shown here, a white T-shirt underneath a finely cut linen suit is both sharp and seasonally appropriate, but bear in mind that a poorly-fitting double-breasted jacket will make you look significantly heavier. We don’t want all that hard work in the gym going to waste.

How much is Tinie Tempah worth?

Tinie Tempah’s net worth is estimated to be $3 Million.

How old is Tinie Tempah?

How tall is Tinie Tempah?

Tinie Tempah has been featured in a number of singles with many noted artists. He has won a number of awards, such as the ‘MOBO Awards’ and the ‘Brit Awards.’ All three of his studio albums have made it to various “top ten” charts.

As of November 2022, Tinie Tempah’s net worth is roughly $3 Million.

What do you think about Tinie Tempah’s net worth? Leave a comment below.