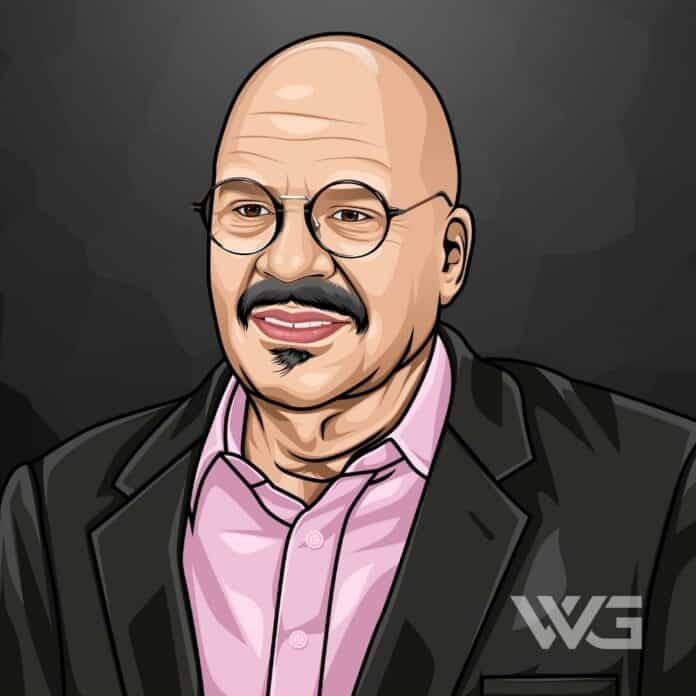 What is Tom Joyner’s net worth?

Tom Joyner, also known as “The Fly Jock”, is an incredibly talented radio host. He’s been referred to as one of the hardest-working men on radio and his comedic presence and upbeat attitude have earned him a huge worldwide audience.

Not only has he enjoyed a successful career in television and radio, but he has also taken a liking to writing, releasing a variety of books over the years.

His parents, Hercules and Frances Joyner, ensured that he got a good education, sending him to attend Tuskegee University.

There he joined the Omega Psi Phi fraternity and discovered a love for music. It wasn’t long before he joined a band called the Commodores, with an eye to becoming a full-time musician.

His first career choice was to become a musician, but his parents advised him to choose a different career path as the band was not making money.

After graduating with a degree in sociology, Tom decided to go into broadcasting, specifically radio.

At the beginning of his career, he worked for Memphis and St Louis radio stations. He decided to move to Chicago in 1978 and started work at WVON during the morning show.

With his obvious talent for radio, he accepted two job offers in 1985, working one show in the morning and the other show during the evening.

The back and forth between these two jobs went on for eight years, with Joyner taking a plane ride to make the commute on time.

His determination and hard work got him an opportunity to work for the BBC in 1994.

Later, he worked for the ABC Radio Network, which decided to give him his own show called The Tom Joyner Morning Show, in 2005.

This show gained him instant popularity with the listeners and the show’s sponsors, Southwest Airlines and Walmart, were ecstatic about his results.

The show developed quite a following and was loved by people everywhere, including the critics, who gave Joyner rave reviews. The show made Tom one of the richest DJs in the world, as well as making him one of the most influential broadcasters on radio.

During his successful broadcasting career, Tom has also released multiple books, such as “I’m Just a DJ but…”, and “Tom Joyner Presents How to Prepare for College”.

He has dabbled in acting, having appeared in films such as “Madea Goes to Jail” and “The Gospel”. Joyner also hosted and appeared in multiple TV programs, such as the “Ebony/Jet Showcase”, and “The Tom Joyner Sky Show”.

After 25 years of bringing the world smiles and laughter, he decided to retire in 2019 following a stroke during a boxing session.

Other radio personalities like Howard Stern, Mark Simone, and Dave Ramsey have influenced their audience in one way or another, but Tom Joyner will have a special place in the hearts and minds of his fans forever.

Tom Joyner came from a highly educated family, with his grandfather being one of only 3,000 African/American physicians in America at the time.

It was expected by his family that he did well at school and university and then went on to a well-paying job.

While Joyner may not be working in radio any longer, he finds time to write and receives royalties from his many books written over the years.

Tom Joyner was particularly interested in helping others in his community, specifically youngsters who showed promise at school.

To this end, he established a foundation using his own considerable wealth, to provide scholarships for those in need.

Here’s a breakdown of Tom Joyner’s annual net worth:

Now that he is retired, he spends a great deal of time making sure that his foundation continues to help and support those in desperate need.

Joyner married his wife Dora and had two sons named Thomas Jr and Oscar, whom he gave the nicknames “Thriller” and “Killer”.

The couple decided to divorce shortly before Tom began a relationship with Donna Richardson. He then married the famous aerobics instructor and fitness expert in 2000. The marriage lasted 12 years, with the couple divorcing in 2012 for unknown reasons.

Tom suffered a stroke in 2019 after trying out some boxing training with his therapist, which resulted in him retiring from his highly successful radio career.

Tom Joyner was always a high achiever, so it came as no surprise that he put so much effort into being the best radio personality he could be.

The awards and accolades followed shortly after he got his own show and followed him throughout his career.

Here are some of the more memorable moments from Tom Joyner’s career:

Tom Joyner was not only famous as a radio host but also for his philanthropic work.

He took his role as a mentor and advisor seriously, making sure that his foundation was able to look after those children who really needed a hand-up.

How Does Tom Joyner Spend His Money?

Joyner is a well-known philanthropist and has been funding the Tom Joyner Foundation since 1998.

He has also personally taken the time to raise awareness and donate toward the 2011 Alzheimer’s Association Walk.

To get to his studio on time, Tom purchased one of the most expensive private jets in the world, a Gulfstream Aerospace G-1159A Gulfstream III.

While he enjoys luxury cars, owning the most expensive cars in the world is not really his scene.

He prefers the finer things in life and his private art collection includes some of the most expensive paintings in the world with works by Picasso, Robert Pruitt, and Ernie Barnes gracing his home’s walls.

He’s also a huge boxing fan with a boxing ring in his house where the garage used to be.

With each career move he made, Tom Joyner improved his reputation and stature within the broadcasting world.

He is a talented individual with a wide range of interests and the ability to tell a great story through his books and articles.

Here are some of the best highlights of Tom Joyner’s career:

Now that Joyner has retired, he is no longer producing quality radio shows for his fans. However, re-runs of the shows are audio-streamed for all to enjoy.

For a celebrity with so much to give and a platform on which to broadcast, Tom Joyner has enjoyed a broad appeal for his advice and mentorship.

He preaches a universal message of responsibility and hard work, not forgetting to add in a small dose of accountability too.

Here are our favorite quotes from Tom Joyner:

Tom Joyner has lived an amazing life, meeting people who have had the opportunity to make a difference in other people’s lives.

He never missed an opportunity to do some good and spread a message of hope to those who listened to him.

Now that you know all about Tom Joyner’s net worth, here are some of the best success lessons to learn from Tom Joyner:

Don’t waste your time trying to compete with others. You’re the one who sets your standard of living when it comes to your career and your personal life.

2. With Hard Work And Determination, You Can Achieve Your Goals

During the early part of Joyner’s career, he worked two jobs and commuted via plane. He was determined to make it work, and this was the reason behind his career success.

3. Don’t Let Others’ Opinions Stop You From Achieving Your Dreams

Starting a radio and TV career is difficult, and people will say you won’t make it. But so long as you believe you can do it, then you can achieve whatever your heart desires.

Tom Joyner made a memorable comedic presence on both TV and radio. He will be remembered by his audience for influencing them in the best way possible for his example of what hard work and determination can get you.

The most hardworking man in radio has finally decided to retire and take a break from the intense life of broadcasting. Despite his medical condition, he can finally enjoy the luxurious life he worked so hard for.

What do you think about Tom Joyner’s net worth? Leave a comment below.

Retired hockey player Brian Rafalski has earned a considerable net worth during his time on the ice and left a lasting impact on the sport.