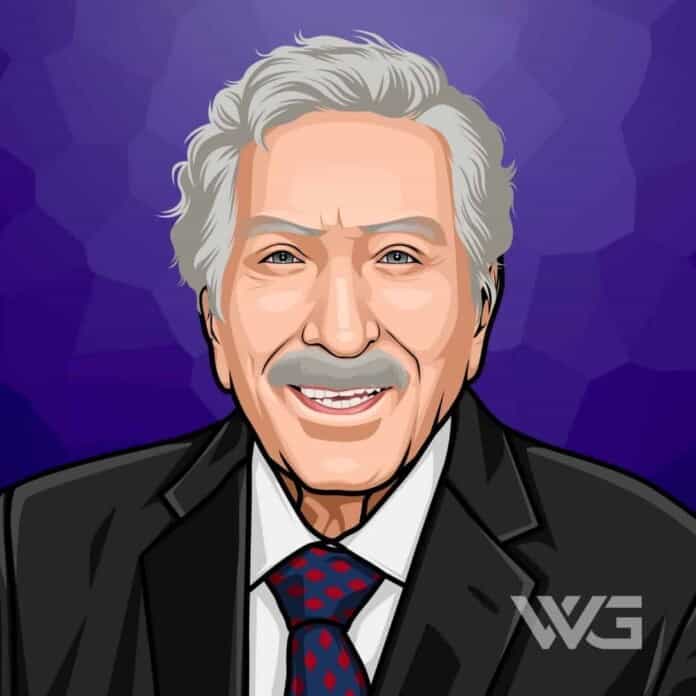 What is Tony Bennett’s net worth?

Tony Bennett is an American singer.

Bennett is also a painter and has created works under his birth name that are on permanent public display in several institutions. Bennett is the founder of the Frank Sinatra School of the Arts in Queens, New York. He began singing from an early age. After he fought in the final stages of World War II, he developed his singing technique.

Anthony Dominick Benedetto was born on the 3rd of August, 1926, in Queens. Benedetto is the son of John Benedetto and Anna Suraci. In 1906, his father emigrated fromPodàrgoni.

Bennett grew up with an older sister and an older brother. His father died when Tony was 10 years old. The experience of growing up in the Great Depression and distaste for the effects of the Hoover Administration would make Bennet a lifelong Democrat.

Bennett started his career singing pop and jazz tunes. His first hit was ‘Because of You,’ and it reached number one on the pop charts in 1951. The same year, he recorded a rendition of ‘Cold, Cold, Heart,’ a country song, which introduced him to a broader, more national audience.

He remained successful, and he placed eight of his songs on the Billboard Top 40 during the 1950s. He released his first full-length album ‘Cloud 7’ in 1955. In 1957, he dropped the popular and praised album ‘The Beat of My Heart’.

He retained his nightclub act’s reputation, and in 1962 he staged a promoted concert at Carnegie Hall. The concert featured 44 songs and was a huge success.

During the 1970s, Bennett developed a drug addiction. After a near overdose, he called his son for help. His son was a musician himself who decided to become his father’s manager. He booked many tours for his father. In 1986, Bennett signed with Columbia Records and released ‘The Art of Excellence’.

In 2011, Bennett dropped ‘Duets II,’ a collection of jazz standards sung with singers such as Aretha Franklin, Lady Gaga, and Amy Winehouse. The album debuted at the first spot on the Billboard 200. This made Bennett the oldest living artist to have reached that spot.

How Does Tony Bennett Spend His Money?

Bennett has lived many years in an incredible mansion in California. The 8,600 square-foot, 7-bedroom mansion has picture-perfect views from almost every room.

Here are some of the best highlights of Tony Bennett’s career:

“It’s the kind of turn that happened to the great country of Germany when Nazis came over and created tragic things, and they had to be told off. And if we continue this kind of violence and accept it in our country, the rest of the world’s going to really take care of us, in a very bad way.” – Tony Bennett

“I think there’s an opportunity for a couple of them for sure, maybe more depending upon the situation, but it’s too early to say which ones. It’s a pretty competitive fight. And that doesn’t mean the older guys are just going to walk into spots. I remind them all the time – you got to earn everything you get.” – Tony Bennett

“I’d like to have every gentleman and the lady in this room commit themselves to get our government to legalize drugs, so they have to get it through a doctor, not just some gangsters who sell it under the table. Let’s legalize drugs as they did in Amsterdam. No one’s hiding or sneaking around corners to get it. They go to a doctor to get it.” – Tony Bennett

“The biggest message I’ve given our team, and I think it’s really important, is, first of all, no one can take away what happened last year. It’s obviously a fun year, a terrific year. But I think a big mistake would be to try to compare themselves or ourselves to last year’s team. I think the key really is, and I told them this: for you as a group, you’re a different team.” – Tony Bennett

“I left my heart in San Francisco, high on a hill, it calls to me. To be where little cable cars climb halfway to the stars, the morning fog may chill the air, I don’t care. My love waits there in San Francisco, above the blue and windy sea, when I come home to you, San Francisco, your golden sun will shine for me.” – Tony Bennett

Now that you know all about Tony Bennett’s net worth and how he achieved success; let’s take a look at some of the lessons we can learn from him:

Life is a gift, and it’s a blessing to be alive. And each person should learn what a gift it is to be alive no matter how tough things get.

It sounds so simple, but if you just be yourself, you’re different than anyone else.

No matter what age you are, there’s a lot of room for learning.

How much is Tony Bennett worth?

Tony Bennett’s net worth is estimated to be $200 Million.

How old is Tony Bennett?

How tall is Tony Bennett?

Tony Bennett is an American singer, performer, and international icon who has won 20 Grammy Awards, including a Grammy Lifetime Achievement Award. Bennett has maintained an illustrious career. He has sold more than $50 million records worldwide.

What do you think about Tony Bennett’s net worth? Leave a comment below.

German professional golfer Martin Kaymer has earned a substantial net worth as one of the top competitive golfers in the world.