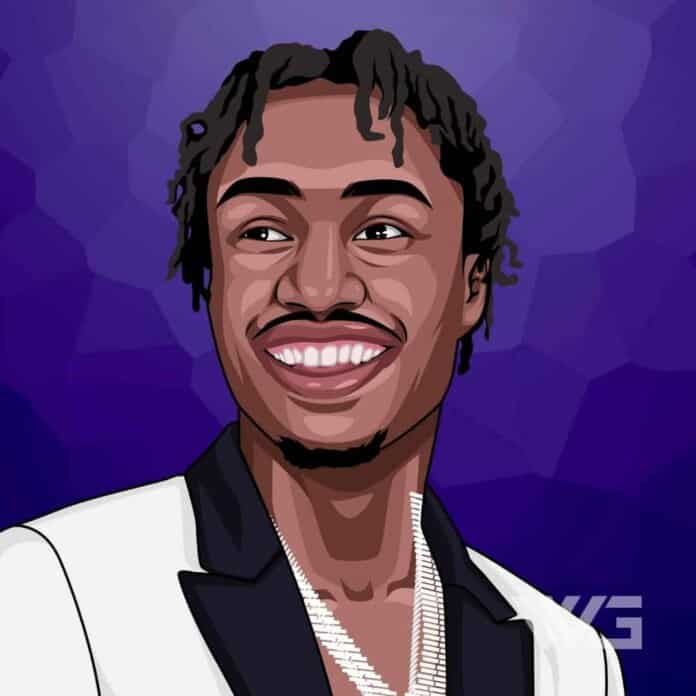 What is Lil Tjay’s net worth?

Lil Tjay is an American rapper, singer, and songwriter from the Bronx, New York. He is best known for his collaboration with Polo G, “Pop Out”, peaking at 11 on the Billboard Hot 100 as well as ‘Resume’, ‘Brothers’, and Leaked’ with the latter receiving 44.4 million plays on SoundCloud.

Tione Jayden Merritt was born on the 30th of April, 2001, in the South Bronx area of New York City with his mother and siblings. Lil Tjay attended Bronx Dance Academy in The Bronx.

In middle school, Lil Tjay began to get into fights. In 2016, at the age of 15, he was sentenced to one year in a youth detention center.

In 2017, Lil Tjay began releasing music on SoundCloud, including the singles “Resume” and “Brothers. “Resume” was released while Tjay was still 16 years old, and was paired with a homemade video of Tjay hanging out in a small apartment, which soon began to spread online.

The following year, Tjay competed and placed first at the Coast 2 Coast LIVE NYC All Ages Edition, where his performance gained the attention of a record label A&R who was in attendance to judge the showcase.

In July 2018, Lil Tjay worked with producer Cash Money AP to release “None of Your Love”, which amassed 18.2 million plays in eight months.

In 2019, Lil Tjay was featured on a single with Polo G titled “Pop Out”, which has 140 million views on YouTube. When the artist released “Leaked” in September 2018, the song gained over 600,000 plays in less than a week on SoundCloud.

Here are some of the best highlights of Lil Tjay’s career:

“I don’t want to be true to anybody else. I want to follow my dreams.” – Lil Tjay

“I didn’t know who the fuck was leaking my songs. My songs were just popping up on everything and everybody was laughing about it like, “Yo, I got the unreleased Lil Tjay.” – Lil Tjay

“The song “F.N” is just me talking about my feelings toward snitches and rats. The music video just shows me being with my friends, chilling outside. Something goes down, and everybody gets locked, up so there’s only one person who is going to hold it down. At the end of the video, I go home and a person dies, but that’s how I wanted the video.” – Lil Tjay

“There’s no reason to really talk about that stuff. It just came from thinking about trying to be mature and putting myself in a better headspace. People look up to me, so if they feel like that’s what I think is cool, they’ll think it’s cool. There’s no reason to preach it like it’s cool because I know it’s not cool.” – Lil Tjay

Now that you know all about Lil Tjay’s net worth, and how he achieved success; let’s take a look at some of the best lessons we can learn from him:

1. Our Lives Begin When

Our lives begin to end the day we become silent about things that matter.

3. Our Time Is Limited

Your time is limited, so don’t waste it living someone else’s life.

How much is Lil Tjay worth?

Lil Tjay’s net worth is estimated to be $600 Thousand.

How old is Lil Tjay?

How tall is Lil Tjay?

Lil Tjay is an American rapper, singer, and songwriter who released his debut extended play No Comparison in 2018 on Columbia records.

He has collaborated with other artists including Tory Lanez, French Montana, Blueface, PrettyMuch, Don Q, and Yung Bans.

What do you think about Lil Tjay’s net worth? Leave a comment below.

What is Jason Statham's net worth? Introduction As of ,...