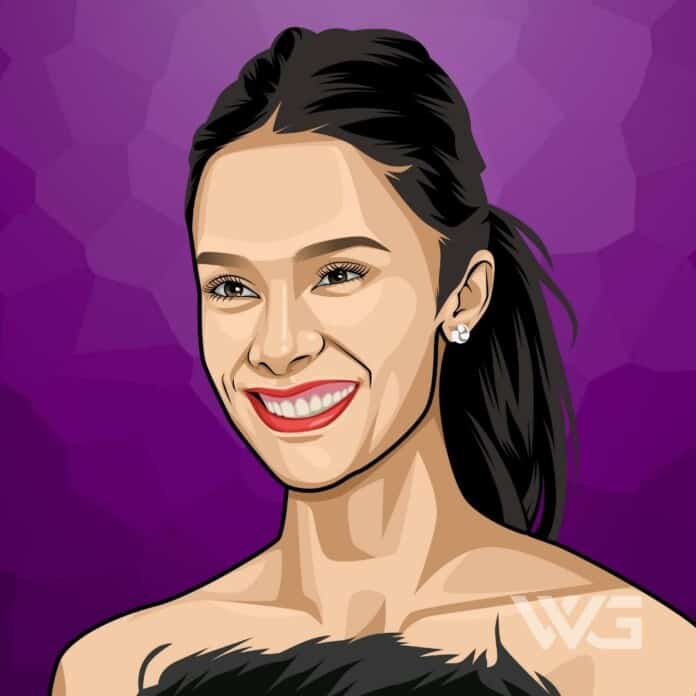 What is Abigail Spencer’s net worth?

As of February 2023, Abigail Spencer’s net worth is roughly $3 Million.

Abigail Spencer is an American actress from Florida.

Spencer began her career playing Rebecca Tyree on the ABC daytime television soap opera ‘All My Children’, before going on to star in the Lifetime crime drama series ‘Angela’s Eyes’.

Abigail Leigh Spencer was born on the 4th of August, 1981, in Florida. Spencer is the daughter of Lydia Ann Brown and surfer Yancy Spencer III.

She has two brothers, Yancy Spencer IV and Sterling Spencer. Spencer has claimed that she is part Cherokee.

Spencer made her acting debut in 1999, in the soap opera ‘All My Children’. She played the role of Becca for nearly two years. Her performance won her the ‘Soap Opera Digest Award’ for Outstanding Newcomer. She made her film debut in 2001 in the movie ‘Campfire Stories’.

Over the next few years, she appeared in some other movies, as well as played guest roles in TV shows such as ‘CSI: Crime Scene Investigation’ and ‘Killer Instinct.’

In 2013, she started appearing in the main role in the American drama series ‘Rectify’. The series received critical acclaim and got her nominated for two awards as well.

Spencer appeared in the second season of the crime drama series ‘True Detective’. The series, which has been airing since 2014, is a huge success and has won multiple Emmy Awards. It has also been positively received by critics.

Since 2016, she has been playing the lead role in the sci-fi TV series ‘Timeless’. It has been positively received by critics and has been nominated for several awards out of which it has won a ‘Rocky Award’.

Here are some of the best highlights of Abigail Spencer’s career:

” I get my steps, I eat whatever I want, I go to France and put on my bread-and-butter suit. Then I’ll be balanced like I’m going to eat my salads for a few days. But I just try to be really balanced with my body. And that has been a good pact for me so far.” – Abigail Spencer

“I love photography. Photographers and photos. I took a ton of pictures in Paris, and I find that I’m most inspired by following other photographers on Instagram.” – Abigail Spencer

“My father loved biographies. He loved the true tales of interesting people that were shaping our culture. I get why he dug Vanity Fair. You feel smarter, somehow, for reading it.” – Abigail Spencer

“It’s all about how can you take care of yourself when furthering your life’s goals and ambitions, and purpose and whatever you choose – family, career – to maintain a really balanced, whole, healthy outlook.” – Abigail Spencer

“I definitely gravitate towards things like vegetables, chicken, brown rice, but I don’t deprive myself of anything. If I want a Sprinkles cupcake, I’m having a Sprinkles cupcake. But I’m not going to have one every day… you just have to have a sensible outlook on all of it.” – Abigail Spencer

Now that you know all about Abigail Spencer’s net worth, and how she achieved success; let’s take a look at some of the lessons we can learn from her:

Waiting for something good to happen requires a lot of patience and positivity. Each long moment brings a lot of negative thoughts to give you. But do not lose hope and never give up until the circumstances do not change.

Pursue not a life of pleasure, pursue a life of meaning and contentment.

Intuition is like a compass that guides your decision-making process when answers are not readily available.

How much is Abigail Spencer worth?

Abigail Spencer’s net worth is estimated to be $3 Million.

How old is Abigail Spencer?

How tall is Abigail Spencer?

Abigail Spencer is an American actress who became popular with her roles in the drama series ‘Rectify’ as well as the sci-fi series ‘Timeless’.

Over the next few years, she mostly played guest roles in several TV shows. She earned appreciation for her role of Dr. Erin Jameson in the television series ‘Hawthorne’.

What do you think about Abigail Spencer’s net worth? Leave a comment below.