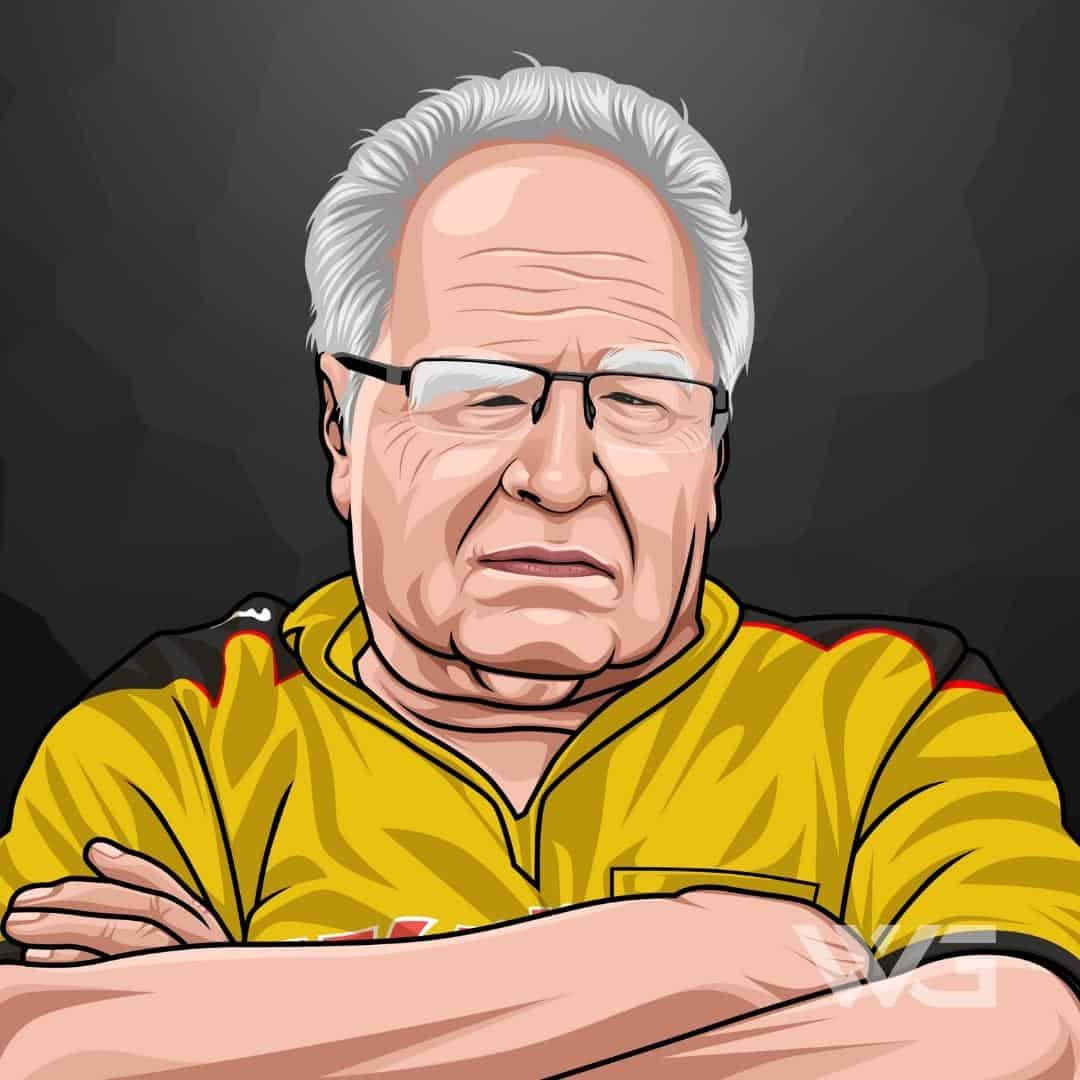 What is Connie Kalitta’s net worth?

Conrad “Connie” Kalitta may have his fair share of being a race car driver, but can also be looked at as a businessman. He owns his own airline, Kalitta Air, as well as a racing team, Kalitta Motorsports.

Connie had been racing since the 1950s all through until the 1990s. He was the first race car driver to hit 200 miles per hour for a Top Fuel dragster in a National Hot Rod Association in 1964.

As of February 2023, Connie Kalitta’s net worth is estimated to be $200 Million.

Conrad Kalitta was born on 24 February 1938, in Michigan. Since his childhood, Connie has taken an interest in cars, having raced while still in high school.

Before graduating, Connie was the first driver to hit 200 miles per hour in an NHRA-sanctioned event. In 1957, Conrad graduated from Mount Clemens High School and shortly after dived straight into his passion for car racing by going pro.

Right from the start of his racing career, Connie made a name for himself as a hard-charging, ambitious driver. He had the raw talent seen in other racing drivers, like John Force, Rick Hendrick and Danica Patrick, the most successful women in American open-wheel car racing.

He teamed up with Shirley Muldowney and, in true Kalitta style, the pair drove matching Ford Mustangs.

In 1971, Conrad took a break from racing to focus on growing his airline.

On his return to racing, Connie won the NHRA Winternatonals in 1989 with a stellar performance. A large part of his success was due to his achievement of being the first driver to hit 290 miles per hour.

Since then, Connie has gone on to win a total of 10 NHRA national events.

With his impressive contribution to the world of motorsport, Conrad was inducted into the “Motorsports Hall of Fame America” in 1992.

There is a biography film about him titled, Heart Like a Wheel, which was released in 1983. And on the list of the National Hot Rod Association’s Top 50 Drivers, Conrad has been ranked #21 for the years 1951 to 2000.

By 2000, Kalitta Air was doing well, with three Boeing 747 aircraft. The company continues to grow, with a current total of twenty-four B747-400 freighters and eight B767-399 freighters.

It was with his winnings from drag racing that he purchased his first Cessna 310. And from those humble beginnings, he built his successful airline business. Kalitta’s official Facebook account has more info on his cargo and freight company.

Connie Kalitta earned his money through his success on the racing circuit. His income is made up of earnings from his airline as well as his substantial real estate portfolio and other investments.

With his diverse sources of income, it’s difficult to assess just how much he earns. But Conrad Kalitta’s earns a salary of at least $20 million per year.

Connie has amassed his wealth through a mixture of talent, true grit, and the drive to be the best. He’s been careful with the money he has made, investing it in his business ventures and ensuring that he never over-extended himself.

His old-fashioned approach to money management is what has helped make him the rich man that he is today.

Here’s a breakdown of Connie Kalitta’s annual net worth:

Connie is very private about his personal life, which is understandable given his celebrity status.

Connie was first married to Mariana McGee, but there is not much information about their marriage available. They had a son, Scott Kalitta, who followed in his father’s footsteps by becoming involved in motor car racing.

An unfortunate accident took place on the 21st of June 2008, when Scott Kalitta was involved in a fire at the “Old Bridge Township Raceway Park”. This accident, unfortunately, took Scott Kalitta’s life.

His engine exploded due to a defective fuel additive, just as Scott was nearing the finish line during the last qualifying lap of the Lucas Oil NHRA Super Nationals.

Connie is currently 84 years old and has announced that he is not looking at retiring any time soon. He is slowly losing hearing in his left ear from his many years of being around cars and airplanes.

For 60 years, Connie Kalitta has fought his way to the top of two incredibly competitive industries. Despite losing his son to the sport he loved so dearly, he continued to compete, becoming a legend in his own lifetime.

His drive and ambition ensured that he would take the top spot on the podium many times throughout his professional life.

Here are some of the more notable achievements of Connie Kalitta’s career:

How Does Connie Kalitta Spend His Money?

It will come as no surprise that Connie enjoys spending money on fast cars. He has a collection of the most expensive cars in the world with four of his racing cars valued at over $3 million each.

However, he is extremely careful with his money, investing in his business and ensuring that what money he has is well spent. For each one of his racing cars, Connie also invests a substantial amount in support equipment. Each transporter rig costs more than $1 million.

Property investments are a major store of Kalitta’s wealth, and he has reportedly purchased a property in Chicago that is worth more than $30 million. He also owns many more properties in Chicago.

As a motor racing driver, Connie reached the pinnacle of drag racing, becoming a legend amongst the ranks of these daredevils.

After exchanging the hot seat of a racing car to take the helm of a nascent airline, he proved that he was more than capable of building a profitable business too.

Here are some of the best highlights of Connie Kalitta’s career:

Connie Kalitta has taken his drive and ambition to be the best, from racing into the aviation industry.

The lessons he learned behind the wheel have served him well in the cutthroat business of building an airline. Despite his drive, he values his employees and their loyalty to him and his business is a testament to his leadership abilities.

Here are our favorite quotes from Connie Kalitta:

Living on the edge of danger can create a devil-may-care attitude that does not mix well with business. Connie has managed to control his daredevil streak, turning his ability to withstand stress and pressure into a powerful force that helped him become one of the richest racing drivers in the world and build a highly successful air freight business.

Despite some traumatic times in his career, Connie never gave up. He went on to pursue his motor racing career, knowing that it was what Scott would’ve wanted for him.

You should start small and grow your passion over time. Connie began with a single aircraft and ended with a total of 35 aircraft in his fleet.

The most important thing after getting thrown by a horse is to get back in the saddle. There were times when Connie was badly injured due to racing crashes, but it never stopped him from getting back in the car.

With an impressive career in the airline business as well as racing, Connie has made a great success of his life. He started with nothing but was able to achieve success through hard work and dedication.

He started at a very young age in racing, surprising the world with his ability in controlling a racing car.

He was inducted into the racing Hall of Fame for his exceptional ability and the same attention to detail that saw him succeed as a businessperson. He is not thinking of retiring any time soon and continues to pursue his multiple passions.

As of February 2023, Connie Kalitta’s net worth is estimated to be $200 Million.

What do you think about Connie Kalitta’s net worth? Leave a comment below.