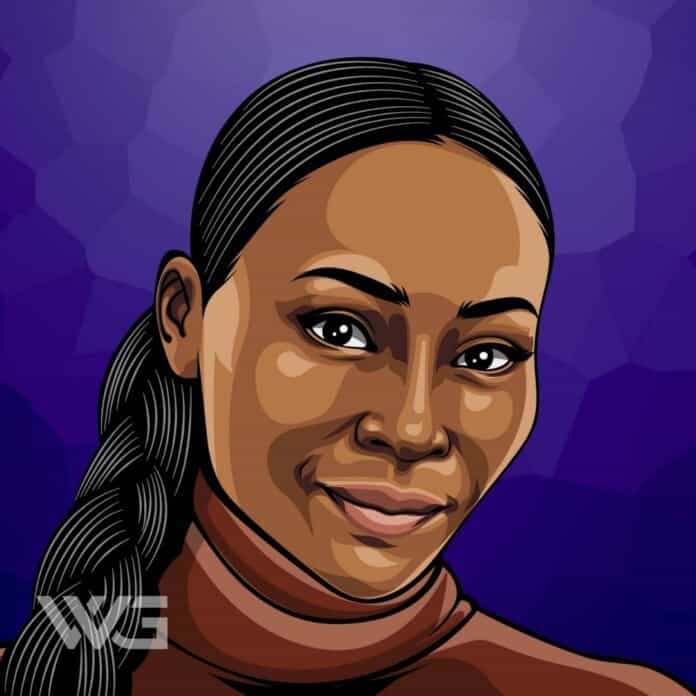 What is Cynthia Bailey’s net worth?

Cynthia Bailey is an American model, reality television personality, and actress from Alabama.

She moved to New York City at the age of 18 to pursue a modeling career. There, she signed a five-year contract with Wilhelmina Models and subsequently appeared as a model in various magazines.

Cynthia Bailey was born on the 19th of February, 1967, in Decatur, Alabama. Her father, Elijah, worked at an auto factory and her mother, Barbara, worked at a sewing factory. Barbara was 18 when she was pregnant with Cynthia.

While growing up, Bailey was inspired by her grandmother, Mae Frankie Ford. who worked in a sewing factory, sold hotdogs and hamburgers, cleaned houses, and volunteered to care for an elderly woman.

Bailey was into modeling from an early age. During her high school days, she had won the Homecoming Queen Crown. Her career in modeling began when she moved to New York and started her modeling journey with Wilhelmina Models.

Bailey has appeared not just on fashion shows and fashion magazines, but also on music videos. In 1989, she appeared in the music video for the album ‘Technique’. She was seen in New Order’s video ‘Round and Round’.

She came to limelight in October 2010 when she became a part of the reality show ‘The Real Housewives of Atlanta’. She joined the cast for the third season and instantly gained fame. Following this, in February 2016, Bailey appeared on the show ‘The Next: 15’ as a guest star.

The same year, she was seen in the television film ‘Sharknado: The 4th Awakens’.

Moreover, she was also a guest judge in the preliminary and finals competition of the 65th Miss Universe, held at the Mall of Asia Arena, Pasay, Metro Manila, the Philippines on January 29, 2017.

Here are some of the best highlights of Cynthia Bailey’s career:

“I still pray for them. In terms of our friendship, I don’t ever see us being the way it was, but I definitely — I love her. I definitely would love to be cordial, we roll in the same circle, and to have a good time.” – Cynthia Bailey

“I’ve been in many rooms with all of these girls, with people that I do not care for and people I do not get along with. But if I’m coming to celebrate them and lift them up in a blaze of glory, I am happy to come and stand on the other side of the room and sip my peach bellini.” – Cynthia Bailey

“I even get insults, like being called NeNe’s lapdog, I’m so supportive … everyone’s always telling me I’m too loyal to NeNe, but ain’t nobody telling NeNe she’s too loyal to me!” – Cynthia Bailey

Now that you know all about Cynthia Bailey’s net worth, and how she achieved success; let’s take a look at some of the strongest lessons we can learn from her:

Cynthia Bailey chose a gorgeous location for her wedding: the Fernbank museum, whose dinosaurs added a unique touch to her nuptials.

However, at the moment this level of “creativity” and “uniqueness” became too expensive to launch, she could have scaled back to another creative, unique idea that would have cost significantly less and may have been even more magnificent.

Ladies, get in the habit of writing down game plans with your mate. Think of yourselves as a team. When you see you’re losing score, you need to blow the whistle, convene and discuss, discuss, discuss–before getting back out there in the wedding-planning field.

When you invest in anything: your husband’s business, your own business, you need to know your risk appetite. If you can’t handle the idea that you might lose all 10 of your thousands of dollars, then maybe you shouldn’t invest.

Not all investments yield return. That said, Peter Thomas, you better give that woman her money back.

How much is Cynthia Bailey worth?

Cynthia Bailey’s net worth is estimated to be $2.5 Million.

How old is Cynthia Bailey?

How tall is Cynthia Bailey?

Cynthia Bailey is a model and reality star on the television show Real Housewives of Atlanta who earned her net worth through her career as a professional model with Wilhelmina modeling agency. The cover of Essence Magazine was her first booking.

What do you think about Cynthia Bailey’s net worth? Leave a comment below.