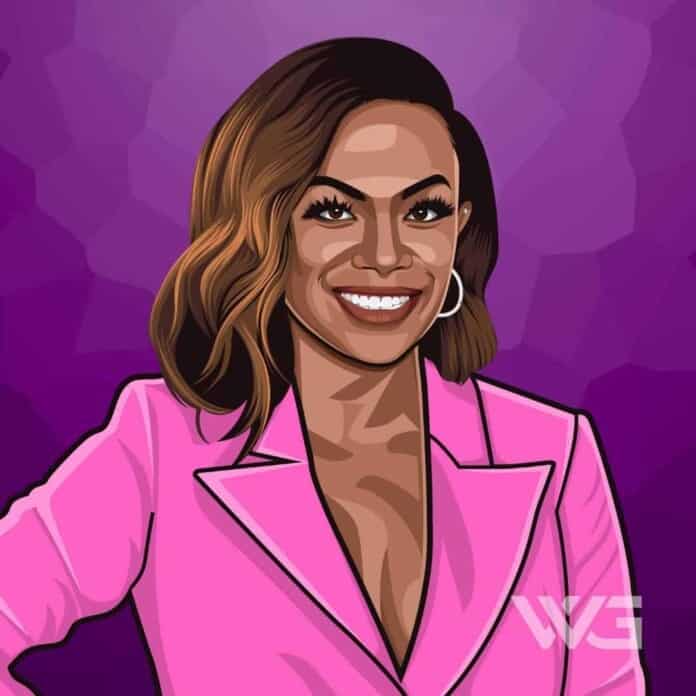 What is Kandi Burruss’ net worth?

Kandi Burruss is an American singer, television personality, and actress.

Burruss first gained attention for being a member of the vocal group Xscape. She won a Grammy Award for Best R&B Song for her work on the TLC hit song ‘No Scrubs’ in 2000.

She has appeared in five Real Housewives spinoffs As of 2022.

Kandi Burruss was born on the 17th of May, 1976, in Georgia. Burruss is the daughter of  Joyce Jones and Titus Burruss Jr. She had an older brother who died in a car crash at the age of 22.

She attended Tri-Cities High School in Georgia, where she graduated in 1994. When she turned 15 years old, she began appearing on the BET series, Teen Summit.

In 1993, Burruss was a senior in high school, and Xscape released ‘Hummin’ Comin’ At ‘Cha,’ which was their debut album. The album peaked at number three on the R&B charts. Their second album, ‘Off the Hook,’ was released in 1995.

Not long after the release of their third album, LaTocha left the group to pursue a solo career. Burruss then went to become a successful songwriter. She wrote TLC’s hit song ‘No Scrubs,’ Destiny’s Childs’ songs ‘Bug a Boo,’ ‘Bills, Bills, Bills’ and ‘The Writings on the Wall.

Buruss has written songs for stars such as Whitney Houston, Mariah Carey, Alicia Keys, Pink, and Usher. In 2000, she released her first solo album ‘Hey Kandi.’ She went on to found her own record label and is also the CEO of Kandi Koated Entertainment.

In 2019, she was a houseguest in the second season of ‘Celebrity Big Brother.’ She appeared as a guest judge on the ‘From Farm to Runway’ episode of season 11 of RuPaul’s Drag Race alongside Amber Valletta.

How Does Kandi Burruss Spend Her Money?

Kandi Burruss is a well-known singer and actress who has spent her fortune on many different things. Two of her most notable purchases feature her amazing mansion in Atlanta and her $100,000 expensive Mercedes CL63 AMG car.

Kandi Burruss is a proud owner of a beautiful mansion in Atlanta. She purchased the mansion for $1.7 million, and it features ten baths, 7 bedrooms, 9,5 bathrooms, and a red crocodile piano room.

Kandi Burruss can often be seen driving in fancy cars. One of her most notable purchases is her Mercedes CL63 AMG, which has a starting price of $100,000.

Here are some of the best highlights of Kandi Burruss career:

“I didn’t want to put myself in a position where I was living so expensively that if something happened next year or two years from now and I wasn’t making the same money, I couldn’t afford my lifestyle.” – Kandi Burruss

“When Xscape came back together for a tour in 2017, and all of our shows were selling out, it made me miss being on stage and producing music regularly. That’s what I did for most of my life.” – Kandi Burruss

“The music industry is up and down. Sometimes people love you, and sometimes they don’t. I wanted to be the owner of multiple businesses that were financially profitable and sustainable.” – Kandi Burruss

“When you’re in a situation where somebody puts something on you that you don’t even know how to defend because it’s not true… how do you defend that? It’s just like, ‘You know what? I’m going to take what you said about me, flip it, and make it lucrative.” – Kandi Burruss

“I definitely feel like she is a major part of this show. It would suck if she decided not to come back. I feel like why wouldn’t she come back, but I feel like ultimately that is up to her, so we’ll see…. I have not talked to Nene either, and I do not know what her plans are, so I don’t know and honestly.” – Kandi Burruss

“I like to consider myself a problem solver. I wouldn’t say I like to spend a lot of time talking about the problem, stressing out, or being dramatic about it. Try and figure out how I can fix it.” – Kandi Burruss

Now that you know all about Kandi Burruss’ net worth and how she achieved success; let’s take a look at some of the best lessons we can learn from her:

Most of us talk ourselves out of our own ideas because we’re our own worst enemy.

You get different respect when you can handle things behind the end of the scene and in front of the camera or front of the mic. Make sure that you will get the respect that you deserve.

Burruss means when you’re in a situation where somebody puts something on you that you don’t even know how to defend because it’s not true… how do you defend that? It’s just like, ‘You know what? I’m going to take what you said about me, flip it, and make it lucrative.’

How much is Kandi Burruss worth?

Kandi Burruss’ net worth is estimated to be $30 Million.

How old is Kandi Burruss?

How tall is Kandi Burruss?

Kandi Burruss is a well-established record producer, singer, actress who first become famous as a member of the vocal group Xscape.

Burruss then went on the have successful songwriting and record producing career. She has been on bravo’s The Real Housewives of Atlanta since 2009.

As of December 2022, Kandi Burruss’ net worth is estimated to be roughly $30 Million.

What do you think about Kandi Burruss’ net worth? Leave a comment below.