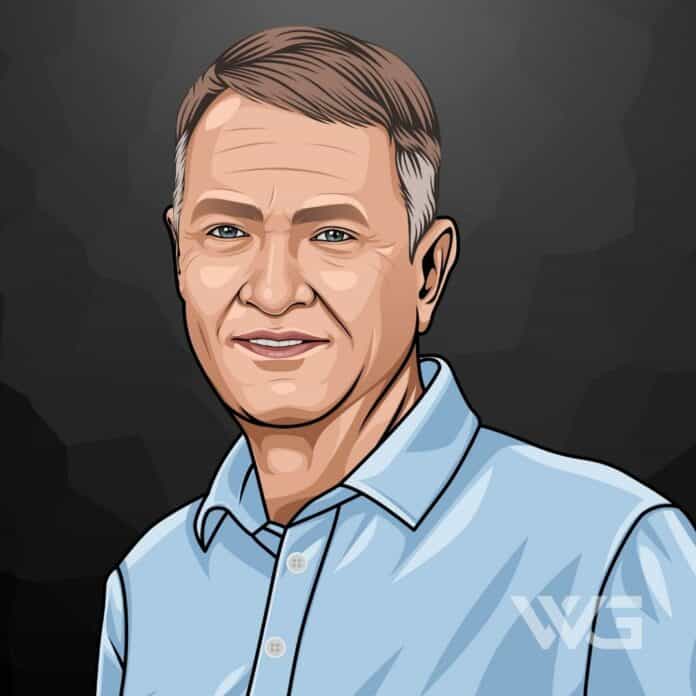 What is Davis Love’s net worth?

Davis Love is an American professional golfer who has many tournament wins under his belt.

Although he has been golfing for decades, Love hasn’t talked about retiring, and we expect to see him on the green for many more years to come as his net worth increases.

Davis Milton Love III was born April 13, 1964, in Charlotte, North Carolina, to Helen and Davis Love Jr, just a day after his father competed in the Masters Tournament.

As the son of a professional golfer, Davis was introduced to the sport by his dad, though his mother also enjoyed casual golfing.

Davis attended High School in Brunswick, Georgia, graduating from Glynn Academy in 1982 before enrolling at the University of North Carolina, where he played golf.

During his collegiate career, Davis won six titles and was a three-time All-American, even winning the ACC Tournament championship in 1984.

In 1985, Davis went professional, earning his PGA Tour card and his first tour event in 1987 at the MCI Heritage Golf Classic.

Unfortunately, just when Davis was hitting his stride on the PGA Tour, he lost his father in a devastating plane crash in 1988.

Despite his personal loss, Love quickly became a strong contender on the PGA Tour throughout the 1990s and 2000s, even winning the PGA Championship in 1997.

The same year, Love published his book Every Shot I Take, which recounts his father’s golf lessons and life advice.

Love has also captained the U.S. team at the Ryder Cup, and while the team lost in 2012, they won under his guidance in 2016.

In 2017, after failing to qualify for the U.S. Open, Love opted to caddy for his son Davis IV, better known as Dru, who made his professional debut that year.

Love and his son Dru teamed up the following year for the Father/Son Challenge, which the pair won at the Ritz-Carlton Golf Club in Orlando.

By 2020, Love has stepped back from golf for a brief break, taking a full-time position at CBS as an analyst.

However, this job only lasted a few months before Love left to spend time with his family and return to competing.

As one of the richest golfers in the world, Davis Love has earned quite a bit of money throughout the course of his career.

While his decades of tournaments make it impossible to cover all of his gains, we can give you some of his important earnings.

Although Davis Love isn’t as wealthy as Jack Nicklaus, he has still secured a solid net worth that has made him one of the richest players in the PGA.

Davis Love III married his wife Robin in 1986, and the pair have remained together for the entirety of his professional golf career.

Together they have two children, Alexia (Lexie), a competitive equestrian, and Davis Love IV (Dru), a professional golfer.

Love and his wife lived on St. Simons Island in Georgia since the early 90s, but in 2020 a fire destroyed their home, though no one was hurt.

With his wife, Love hosts the RSM Classic on the PGA Tour, with all proceeds going to charity.

Davis Love has won many championships throughout his professional golf career.

While all of his wins have helped him grow his net worth, some stand out more than others.

Here are some of Davis Love’s most important victories:

Davis Love III has won more than his fair share of tournaments, and he’s shown no signs of stopping anytime soon.

How Does Davis Love Spend His Money?

Although we don’t know much about how Davis Love spends his money, we know about one of his homes that he’d previously listed for sale.

In 2016, it was reported that Davis was putting his St. Simons Island home on the market for $5.1 million.

This home, which Davis bought in the early 90s, sits on five acres and comes with five bedrooms, a pool, a spa, a wine cellar, a gun room, a workout area, and a seven-stall horse barn.

Despite the home being listed for sale, Davis was still living there with his wife in 2020 when it, unfortunately, burned down, leaving absolutely nothing left.

Aside from his home, we can imagine he spends quite a bit on the most expensive golf balls in the world, but that’s just par for the course in his line of work.

Davis Love has reached many important milestones during his decades as a professional golfer.

Although he has enjoyed many successes, some of his career’s highest points have helped generously increase his net worth and fame.

Here are some of the best highlights of Davis Love’s career:

While these are only a handful of things Love has done during his career, they are arguably his most important.

Davis Love often speaks about his professional golf career and how he approaches every game.

He certainly has provided fans with considerable insight into how he plays and his own personal character.

Here are our favorite quotes from Davis Love:

There are many great lessons to be learned about success from Davis Love.

Now that you know all about Davis Love’s net worth, we can look closely at what he can teach us about finding our own success.

Here are some of the best success lessons to learn from Davis Love:

Overthinking things can sometimes be a blessing, but more often than not, it is a curse that can hold you back.

If you spend too much time overthinking the things you are doing or thinking about what you could have done differently, you will only drive yourself crazy and slow yourself down.

2. Don’t Shy Away From Competition

Healthy competition can be a great motivator that can push you to reach new heights.

However, too often, people shy away from competition, hindering their progress in order to avoid confrontation.

While you shouldn’t let the competition go to your head, it certainly can be a necessary push to help you up your game.

Without making connections, you can limit the opportunities available to you.

No matter what industry you’re in, connecting with the people around you can be invaluable for helping yourself get ahead.

Davis Love is a highly accomplished professional golfer who has earned millions by winning some prestigious competitions.

While he may not be the wealthiest pro golfer in the world, he is still going strong, and we’re sure to see his net worth continue to increase as he wins more tournaments.

Make sure to check back regularly to stay up-to-date on all of David Love’s earnings.

What do you think about Davis Love’s net worth? Leave a comment below.

Maryse Ouellet is one of the most iconic Divas in the WWE, and she has made millions kicking ass in the ring.