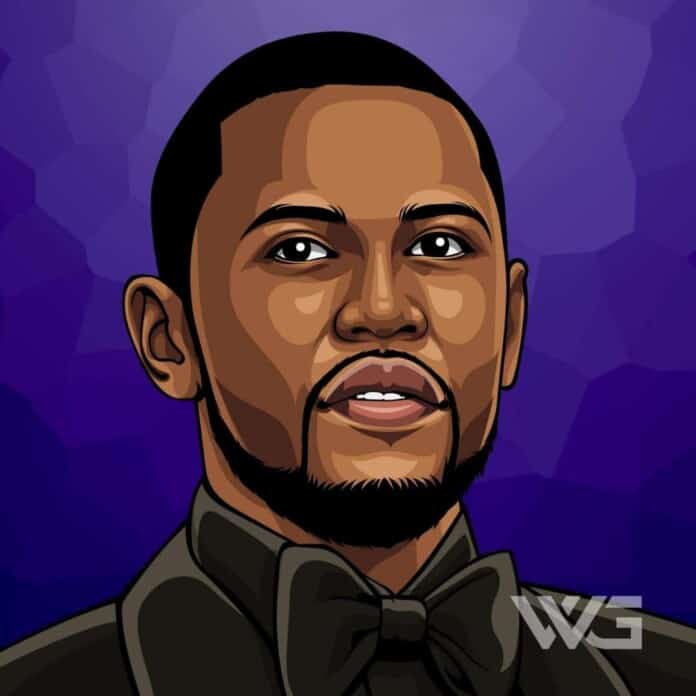 What is Fabolous’ net worth?

As of January 2023, Fabolous’ net worth is estimated to be roughly $8 Million.

He is best known for his songs ‘Can’t Deny it’ and ‘Young’n Holly Back’. His second release was 2003’s Street Dreams, which was supported by two Top 10 singles “Can’t Let You Go” and “Into You”.

John David Jackson was born on the 18th of November, 1977, in New York City. Jackson is of Dominican and African-American descent.

Jackson began his career in hip hop while he was still in high school. He performed on the New York City radio station ‘Hot 97’. He was eventually signed by DJ Clue to his record label ‘Desert Storm Records,’ following which he was featured on several of their mixtapes.

Fabolous began his career in 2001 when he dropped his debut album ‘Ghetto Fabolous’. The album found commercial success and sold 140,000 copies in the first week. It also debuted at the fourth position on the US Billboard 200.

He released his second studio album ‘Street Dreams’ in 2003 which also was a success commercially. It reached the third position on the US Billboard 200, with sales of 185,000 copies in the first week. Its most successful singles were ‘Can’t Let You Go’ and ‘Into You,’ both peaking on the US Hot 100 at the 4th position.

His third studio album ‘Real Talk’ was released in 2004, and like his previous albums, it was a commercial success. It had sold more than 550,000 copies by the end of the year.

His album ‘The Young OG Project’ was released in 2014. With singles, such as ‘Lituation’, ‘We Good’ and ‘You Made Me’, the album reached the 12th position on the US Billboard 200.

Here are some of the best highlights of Fabolous’ career:

“I’m so devoted to my music and becoming the best artist I can be. I don’t want to devote too much time to anything else before I say I’ve conquered that. I just wanna become bigger and I’m never satisfied with just what I am today, I just always want to be bigger. If I was Bill Gates, I would double Bill Gates. That’s the mindstate you should keep in any profession, just keep striking iron and trying to get bigger and better.” – Fabolous

“I hate to see somebody get locked up, especially someone as talented as Lil Wayne. You know Wayne is a strong figure in the hip-hop marketplace, and for him to go away for 8 months, you know it’s sad for hip-hop as a whole.” – Fabolous

“Everybody’s not always open to everything. People have biased feelings about certain things, especially in the hip-hop world. The hip-hop world hates homosexuality.” – Fabolous

“I’ve been around for almost 10 years in the game but somehow I still look like I’m like on my second or third album or something. So it’s good cause it doesn’t blow up my age.” – Fabolous

“I try to do stuff that I’m more passionate about, more than just like being all over the place doing different sneakers.” – Fabolous

Let’s take a look at some of the strongest lessons we can learn from Fabolous:

1. Know Your Worth, Ain’t No Discounts

Pretty self-explanatory, but let’s unpack this for a moment. How many of you will admit that you were/are afraid to charge what you’re worth because people will say “you’re too expensive”?

The truth is that many entrepreneurs have felt this way at some point during their career. You don’t feel you are worth it, so you charge less money for your products and time because, at the end of the day, you just want to make money.

One of your main objectives as a boss is to make money, right?

There has never been a better time to understand how you add value and impact to the world around you. Social media has turned everyone into a business owner – being an entrepreneur is the hottest trend right now. It may be easy to jump on the success of another and follow trends in order to make money.

How much is Fabolous worth?

Fabolous’ net worth is estimated to be $8 Million.

How old is Fabolous?

How tall is Fabolous?

Fabolous has released six albums and sold over three million copies in the US. He has had multiple hit singles, one chart-topping album, and all of his albums have charted on the Billboard 20.

As of January 2023, Fabolous’ net worth is estimated to be roughly $8 Million.

What do you think about Fabolous’ net worth? Leave a comment below.