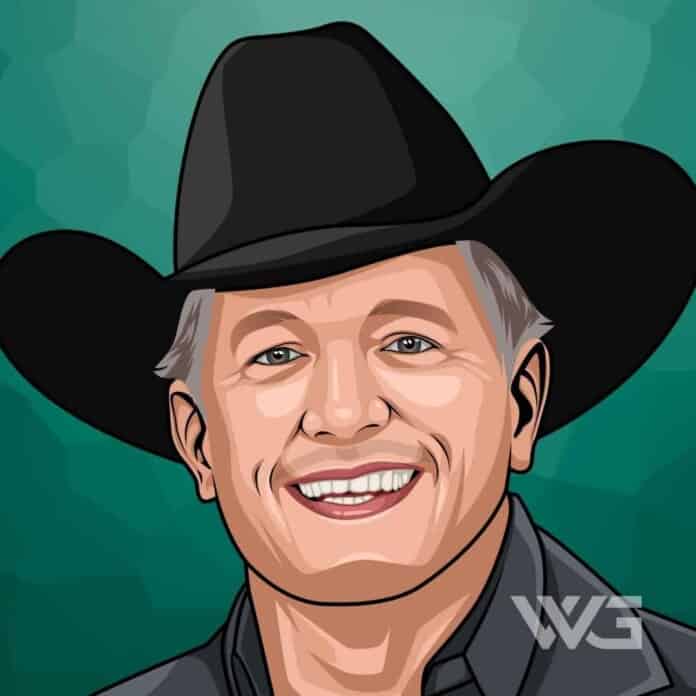 What is George Strait’s net worth?

As of October 2022, George Strait’s net worth is estimated to be roughly $300 Million.

George Strait is an American country music singer, songwriter, actor, and music producer from Texas. George Strait is known as the “King of Country” and is considered one of the most influential recording artists of all time.

George Harvey Strait Sr. was born on the 18th of May, 1952, in Texas. His father owned a two-thousand acre cattle ranch where the family worked at on the weekends.

He attended Pearsall High school where he played in a rock and roll garage band. His interest soon shifted to country music which was often performed live in Texas.

While serving in the army, stationed at Hawaii, Strait began performing with an army sponsored band “Rambling Country” which also performed off-base under the name of “Santee.” Later on, while pursuing his college degree, he joined the country band “Stoney Ridge” as a vocalist.

His band performed all around south and central Texas and gained local followers. Soon Strait got the opportunity to record many of the songs he had written, but these songs could not achieve wide recognition.

In the same year he released his first single “Unwound” which climbed on to become the top ten Hot Country Songs. The song was included in his debut album “Strait Country.”

In 2000, he released a self titled album ‘George Strait’ and followed it with the critically acclaimed ‘The Road Less Traveled’ in 2001.

The year 2006 marked Strait’s 30th year in the music industry which he celebrated with the release of a new album titled ‘It Just Comes natural’ which featured 15 new songs.

Here are some of the best highlights of George Strait’s career:

“I always enjoy it when I walk on stage. There were some times when I was working so much in the ’80s, and I felt really burnt-out. But I’d be up there singing and not be 10,000 million miles away, you know, just opening my mouth and the words coming out.” – George Strait

“I love to fish offshore for billfish, and have fished all over for them from the Bahamas, St. Thomas, Venezuela, Panama, Costa Rica, Mexico to the Texas gulf. I haven’t made it to Australia yet, but someday I’m going.” – George Strait

“Even though I’ve been doing it for so long, I still feel fresh. Even when I walk out on stage, I still feel pretty much the same as I’ve always felt.” – George Strait

“You know, legends are people like Haggard and Jones and Wills and Sinatra. Those people are legends. I’m just a young buck out here trying to keep in that same circle with the rest of ’em.” – George Strait

“I get asked sometimes ‘What’s the highlight of my career?’ because I’ve been doing it for so long, and I always have a hard time coming up with something, because so many good things have happened.” – George Strait

Now that you know all about George Strait’s net worth, and how he achieved success; let’s take a look at some of the lessons we can learn from him:

1. Always Have a Backup Plan

Expect the best and prepare for the worst. When things don’t go the way you hope, and you find yourself facing “rainy days;” then you better be prepared.

Heartbreak can make you cynical; even make you believe that true love is a lie a myth that other people believe in because it helps them sleep at night. Sometimes love finds you, so just relax.

Long distance relationships take a lot of work, but when two people commit to love each other, the miles between them don’t have to weaken their love for one another.

You don’t put love on hold until you’re back again; you carry it with you.

How much is George Strait worth?

George Strait’s net worth is estimated to be $300 Million.

How old is George Strait?

How tall is George Strait?

George Strait has sold more than 70 million albums in the US and holds the world record for having the maximum number-one hit singles in the history of music.

As of October 2022, George Strait’s net worth is approximately $300 Million.

What do you think about George Strait’s net worth? Leave a comment below.