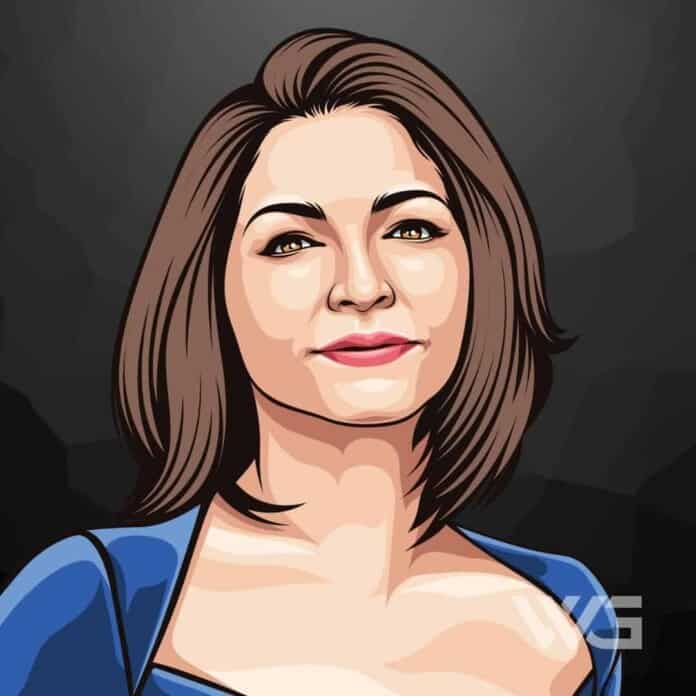 What is Gloria Estefan’s net worth?

Attention: The internal data of table “587” is corrupted!

Gloria Estefan is a Cuban-American singer, songwriter, actress, and businesswoman.

Estefan started her career as the lead singer in the group “Miami Latin Boys”, which later became known as Miami Sound Machine. She experienced worldwide success with “Conga” in 1985.

Gloria Estefan was born on the 1st of September, 1957, in Havana. Estefan is the daughter of Jose and Gloria Fajardo. Her father, a Cuban soldier was forced to move his family to the U.S. due to political unrest during the Cuban Revolution.

She was raised as a Catholic and studied at the St. Michael-Archangel School and later attended Our Lady of Lourdes Academy in Miami. She earned a B.A. in psychology from the University of Miami. She is well versed in English, Spanish, and French.

Estefan met Emilio Estefan, the leader of the band ‘Miami Latin Boys’ while she was still a student. He invited her to sing for his band, and later asked her to join the band and renamed the band as ‘Miami Sound Machine’. The band started recording and releasing albums in 1977.

The self-titled album, ‘Miami Sound Machine’ was released in 1980, and the band went on to release more albums during the decade which made them very popular on an international level. Gloria rose to fame with the band’s 1987 album ‘Let it Loose’ for which she got top billing.

She released her first studio album as a solo artist, ‘Cuts Both Ways’ in 1989. The album became a best seller cementing her reputation as a solo singer.

Her first concept album, ‘Into the Light’ was brought out in 1991. The album dealt with the theme of overcoming life’s challenges to get back to the desired life.

In an attempt to keep up with the times, she released a hip and groovy album, ‘gloria!’ in 1998. The songs were full of dance rhythms and aimed at a younger audience.

Here are some of the best highlights of Gloria Estefan’s career:

“The music is one of the beautiful things that has survived the Castro regime. I have played for audiences all over the world but I’ve never played for a Cuban audience. For [husband] Emilio and me, the music is the one tie to our homeland.” – Gloria Estefan

“For the rest of my life, the one song that people will remember — regardless — is “Conga” . . . I never get tired of singing it. It never gets old for me.” – Gloria Estefan

“When you sing in English and Spanish, it’s two completely different forms of expression and . . . even the people who don’t speak Spanish love to hear me sing in Spanish.” – Gloria Estefan

“Esperando (Cuando Cuba Sea Libre) is probably one of the most personal songs from the new 90 Millas” . . . as it really speaks about the celebration, nostalgia, and emotion that will happen the day Cuba is free. If we’re to move forward in Cuba, we really have to have a lot of forgiveness for each other and look towards the future.” – Gloria Estefan

“I doubt that Fidel will ever come back to power. I think he is slowly going to the great beyond. Too slowly . . . he could have gone a long time ago.” – Gloria Estefan

Now that you know all about Gloria Estefan’s net worth, and how she achieved success; let’s take a look at some of the best lessons we can learn from her:

When you’re confident, you project it onto others and it makes them more comfortable to work with you. It also makes them feel confident that you will get the job done.

2. Success is NOT a Straight Line

There were points in my life when I thought the world was going to end because of my failure. Big shocker, it didn’t, and I emerged from every missed success stronger. Success takes time, it’s a process.

On their death bed, no one ever said that they wished they worked more hours. What they do say is that they wish they had spent more time with their friends and loved ones. Always remember your loved ones and be loving to them.

How much is Gloria Estefan worth?

Gloria Estefan’s net worth is estimated to be $500 Million.

How old is Gloria Estefan?

How tall is Gloria Estefan?

Gloria Estefan is a Grammy award-winning singer who is considered to be the most successful ever crossover performer in Latin music, this talented singer is counted among the 100 best-selling music artists with an estimated worldwide sales of over 100 million records.

As of February 2023, Gloria Estefan’s net worth is estimated to be roughly $500 Million.

What do you think about Gloria Estefan’s net worth? Leave a comment below.