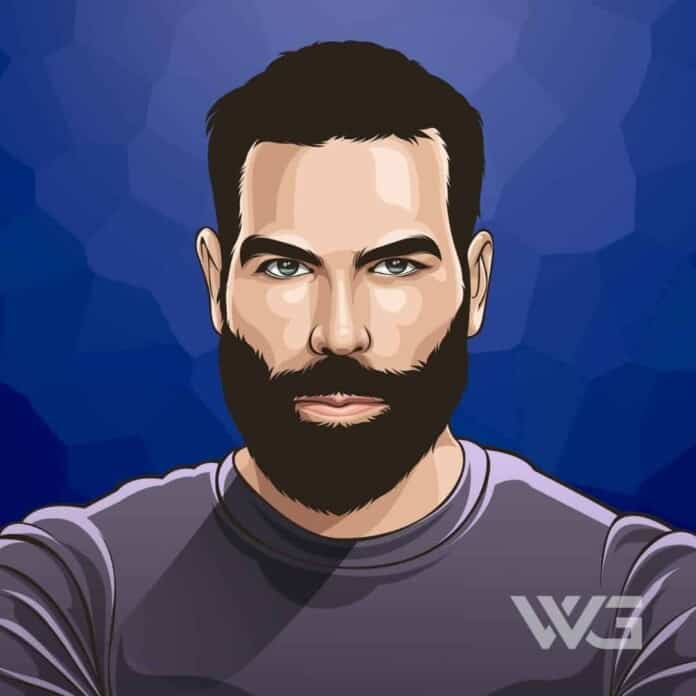 What is Dan Bilzerian’s net worth?

As of December 2022, Dan Bilzerian‘s net worth is estimated to be $200 Million. Dan Brandon Bilzerian, also known as the “Instagram King”, is an American gambler and internet personality from Tampa. Bilzerian started his career by playing poker in a World Series of Poker Main Event. He is mostly known for his lavish lifestyle.

Bilzerian was voted as one of the funniest poker players by Bluff Magazine which gave him a lot of attention in the media.

Dan Bilzerian was born in Tampa, Florida on the 7th of December, 1980. He is the son of Terri Steffen and Paul Bilzerian. He has Armenian descent from his father. Dan was introduced to poker by his brother Adam who is also a poker player.

Bilzerian tried to attend several schools, but he never graduated. He later enrolled at the University of Florida, majoring in Business and Criminology.

Bilzerian started his poker career in 2009 in a World Series Poker Event, he finished in 180th place. The following year he was voted as one of the funniest poker players on Twitter by Bluff Magazine.

Alongside actors including Tobey Maguire, Gabe Kaplan, and Nick Cassavetes, he was asked to pay back winnings that they had won in poker games against Ponzi scheme operator Bradley Ruderman.

The same year Bilzerian was defending Alex Rodriguez publicly against rumors that he had played poker illegally. Rodriguez claimed that he was present when the gambling event had taken place. In 2013 Bilzerian posted that he won $10.8 million from one night playing poker.

In 2014, he won over $50 million in one year. He sued the producers of the film Lone Survivor the following year. Bilzerian announced his bid to run for the President of United States in 2016 which gave him a lot of attention. Although, he later stopped his run for the presidency and endorsed Donald Trump.

Since then, Bilzerian has become known as the “Instagram King”. He is a highly successful poker player and has received millions out of his gambling career.

How Does Dan Bilzerian Spend His Money?

Dan Bilzerian, the King Of Instagram, has a lifestyle as controversial as it is enticing. He’s a playboy and a professional poker player, he hangs out with the likes of Floyd Mayweather and DJ Steve Aoki.

According to Luxury Architecture, Dan Bilzerian’s 12-bedroom house in the Los Angeles neighborhood of Bel-Air is said to be reminiscent of a nightclub. Taking a look at this rooftop outdoor area; he has a $1.5 million Brabus, Mercedes G63, and also a $250.000 Rolls Royce.

He also spends money on having different pets: he has two goats named Beatrice and Zeus. In his home, he has a massive swimming pool and jacuzzi.

He owns a bunch of cars, he also has a military truck. Dan Bilzerian is in really good shape, and he has an indoor gym. There is no doubt that he can spend money on whatever he wants.

Here are some of the best highlights of Dan Bilzerian’s career:

“I think having personal freedom and not being politically correct and not playing the game is a good message in our f****ng pussified situation that we’re in now. They asked me what I wanted on my campaign flyer, I said I don’t care as long as I’m riding a tortoise with a machine gun “ – Dan Bilzerian

“In poker, it’s tough, it’s tough to manage your money. Because you don’t know. You can go out and play great and still lose. You can get your money in with the best hand and still get unlucky.” – Dan Bilzerian

“I remember distinctly having eighteen million in front of me and we’re playing no-limit hold ’em and heads up and the blinds were $10,000 – $25,000. So it’s a real big game. At any given point, if this guy says all-in, I’ve got to make a decision for eighteen million dollars.” – Dan Bilzerian

“The reason why drugs are such a problem is that they’re illegal, and so you’ve got people killing each other. How many legal businesses going on do you have people mowing each other down in the street, and chopping off heads and shit? If you made it legal you can regulate it, you can tax it; you’re not throwing everybody in jail.” – Dan Bilzerian

“Climbing the mountain is always more fun than sitting at the top. It’s just that you have to find different mountains to climb, people are going to love you, people are going to hate you. When you’re in the public eye, it’s just something that comes with the territory.” – Dan Bilzerian

Now that you know all about Dan Bilzerian’s net worth, and how he achieved success; let’s take a look at some of the lessons we can learn from him:

1. Poker Is So Much More Than Just A Game

Bilzerian stated that he started from the bottom, from being in school to poker events. It’s all about hard work. Stay hungry and be focused on your work.

How much is Dan Bilzerian worth?

Dan Bilzerian’s net worth is estimated to be $200 Million.

How old is Dan Bilzerian?

How tall is Dan Bilzerian?

Dan Bilzerian is a really successful gambler. He has become an internet phenomenon on the internet because of his lavish lifestyle, but there is no doubt that his net worth will continue to increase in his future.

As of December 2022, Dan Bilzerian’s net worth is estimated to be $200 Million, and he has over 20 million followers on Instagram.

What do you think about Dan Bilzerian’s net worth? Leave a comment below.