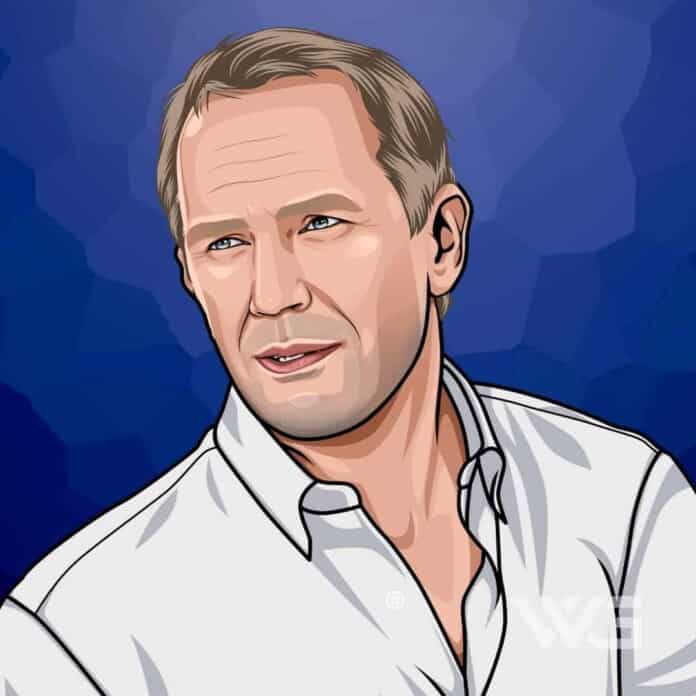 What is Kevin Costner’s net worth?

Kevin Costner is an American actor, film director, and entrepreneur with extensive filmography and a list of awards to his credit.

His film Dances with Wolves paved the way for a series of box office hits, helping him to become one of the highest-paid actors in the world.

Frequently moving due to his father’s career as a utility executive, Costner eventually moved to Orange County, California, where he graduated from Villa Park High School.

Costner’s big break in Hollywood came with his starring role in the gangster movie, The Untouchables, in which he co-starred with Sean Connery and was directed by Brian De Palma.

Effortlessly switching from in front of and behind the camera, Kevin Costner directed and starred in the hit movie Dances with Wolves, becoming one of the richest directors in the world and picking up a long list of awards.

He enjoyed critical acclaim for his role in the Clint Eastwood movie, A Perfect World, which is widely considered today to be among Clint Eastwood’s finest movies.

Outside of the film industry, Costner has opened an attraction called Tatanka: The Story of the Bison, teaching the history of America’s Western expansion.

With his long and successful career as a film director and star, Kevin Costner has maintained consistently high earnings.

As one of the richest actors in the world, Kevin Costner’s net worth has continued to climb over the years.

Hit movies such as Dances With Wolves and JFK have considerably boosted this net worth.

Here’s a breakdown of Kevin Costner’s annual net worth:

Kevin Costner has been married twice throughout his life, with his first marriage to Cindy Silva in 1978 producing three children, Annie, Lily, and Joe.

Their divorce in 1994 is one of the most expensive divorces in the world, costing Costner an estimated $80 million.

After briefly dating Elle McPhearson, one of the richest models in the world, Costner then married Christine Baumgartner, with whom he has three children.

Kevin Costner’s movies have enjoyed huge success and earned the actor and director a long list of awards, nominations, and victories.

Here are some highlights from Kevin Costner’s career:

How Does Kevin Costner Spend His Money?

Kevin Costner is known for his impressive wealth, which he uses to invest in multiple business ventures ranging from CBD oil to casinos.

In April 2006, he spent $28.5 million on an oceanfront ranch in Santa Barbara County, California, a price comparable to some of the most expensive houses in the world.

Contrary to the lifestyle of many rich and famous actors who are known for driving some of the most expensive cars in the world, Costner has been seen driving a Toyota pickup truck to get around his ranch.

Here are some of the best highlights of Kevin Costner’s career:

Over the course of his illustrious career, Kevin Costner has conducted hundreds of interviews to discuss his work in the film industry.

He’s also shared some unique insights into his philosophy on life that can help us to navigate our own life issues more effectively.

Here are our favorite quotes from Kevin Costner:

Now that you know all about Kevin Costner’s net worth, it’s time to explore some of the incredible lessons we can learn from his experiences.

Here are some of the best success lessons to learn from Kevin Costner:

1. If You Have The Chance To Learn From The Best, Take It

Early in his career, Kevin Costner was fortunate enough to have a chance encounter with the iconic British actor Richard Burton.

If you want to be successful in any domain and have the opportunity to learn from a veteran, embrace it with everything you have.

While Costner was enjoying huge success as an actor and earning critical acclaim for movies such as The Untouchables, he didn’t let this box him in.

When the chance to direct Dances with Wolves came up, he took on the new challenge and earned a reputation as a great director.

3. Always Make Sure You Learn From Your Mistakes

As a young boy, Kevin Costner landed himself in trouble when he stole some candy from a store.

When his father asked him why he took it he replied, “because I’m hungry”, but his father made sure he understood that it wasn’t his to take.

That wraps up this guide to Kevin Costner’s net worth and the starring roles and directing accomplishments that have secured his reputation as one of Hollywood’s most successful men.

Since his career is far from over and he continues to appear in movies, his net worth will change over time, so be sure to return to this article for the latest updates.

What do you think about Kevin Costner’s net worth? Leave a comment below.