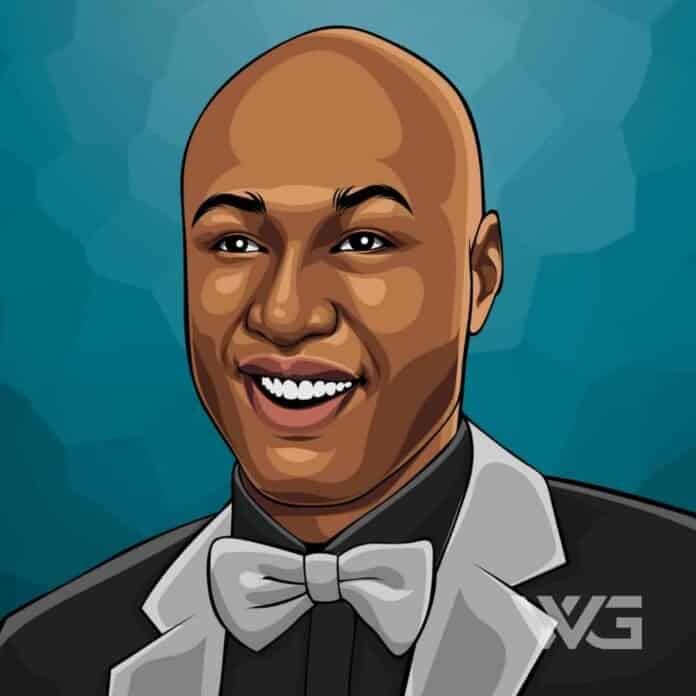 What is Lamar Odom’s net worth?

Lamar Joseph Odom was born on the 6th of November, 1979, in South Jamaica.

Odom is the son of Joe Odom and Cathy Mercer. He grew up in his maternal grandmother Mildred Mercer’s household as his mother passed away due to colon cancer when he was 12 and his father was a heroin addict.

Odom was transferred from one school to another because of his poor grades. He studied at the ‘Christ The King Regional High School’ in Middle Village, Queens and ‘Redemption Christian Academy’ in Troy.

Odom was chosen by Los Angeles Clippers in the 1999 NBA Draft. He played only the 2003-04 season for the ‘Miami Heat’ as a starting forward. He scored 13.1 per game with 9.7 points on rebounds in the Heat’s 4th seed finish in the playoffs.

Although he suffered a left shoulder injury at the end of his first season with the Lakers, he put up an impressive 15.2 points per game average. He showed consistency in the following three seasons, including posting consecutive triple-doubles against the ‘Golden State Warriors’ and ‘Portland Trail Blazers’.

Odom was benched for the most part of the 2008-09 season as the Lakers’ sixth man after he came out of the pre-season training camp out of shape. Despite the initial misgivings, he embraced his new role in the team. After the season, he refused an offer from Miami and remained with the Lakers.

The years 2008 until 2010 proved to be the best ones in his career. He was instrumental in the Lakers’ consecutive ‘NBA Championships’ wins, averaging 11.3 and 10.8 points respectively.

He had represented his country at the ‘2004 Summer Olympics’ and ‘2010 FIBA World Championships’, winning bronze and gold medals respectively.

Odom had made regular appearances in E!’s reality TV show ‘Keeping Up with the Kardashians’ as the husband of Khloé Kardashian. They got their own show ‘Khloé & Lamar’ which premiered in 2011.

Here are some of the best highlights of Lamar Odom’s career:

“I got home, and my son told me how much he loved watching Kobe. We’re playing with somebody who’s making history as he goes along. It’s like traveling with a rock star.” – Lamar Odom

“This was not like having a cold or the flu, this was a complicated surgery. Some people lose their lives, not just their career. When you figure he’s been able to play for us and even to be effective for us, anybody has to be inspired. He’s defeated some long odds to be here and now he’s an emotional part of this team.” – Lamar Odom

“We’ve got to make every game a defensive game. … When you play the worst defensive game of the year, you get beat. Point blank.” – Lamar Odom

“He was a good dude before. He’s an even better dude now. This is a guy who’s been through a lot. He’s one guy who knows how fragile life can be.” – Lamar Odom

let’s take a look at some of the strongest lessons we can learn from him:

Life’s short. Do you really want to spend 23.8% of your life working at a job that you hate? Didn’t think so. Do what you love.

2. Focus on Making an Impact

Don’t do work for the sake of looking busy or only because someone told you to. Think about the impact. And if it’s not impactful, have the courage to say so. Challenge yourself to do great work that makes an impact.

3. Lead With or Without the Title

You don’t need a big title to make a difference at your company. You can lead by driving a new initiative, coming up with an awesome idea, or by coaching and encouraging your teammates to be at their best.

How much is Lamar Odom worth?

Lamar Odom’s net worth is estimated to be $30 Million.

How old is Lamar Odom?

How tall is Lamar Odom?

Lamar Odom is an American former basketball player who spent most of his professional career with the ‘National Basketball Association’ (NBA) team ‘Los Angeles Lakers’. He was one of the key figures in the team’s consecutive ‘NBA Championship’ victories in 2009 and 2010.

What do you think about Lamar Odom’s net worth? Leave a comment below.