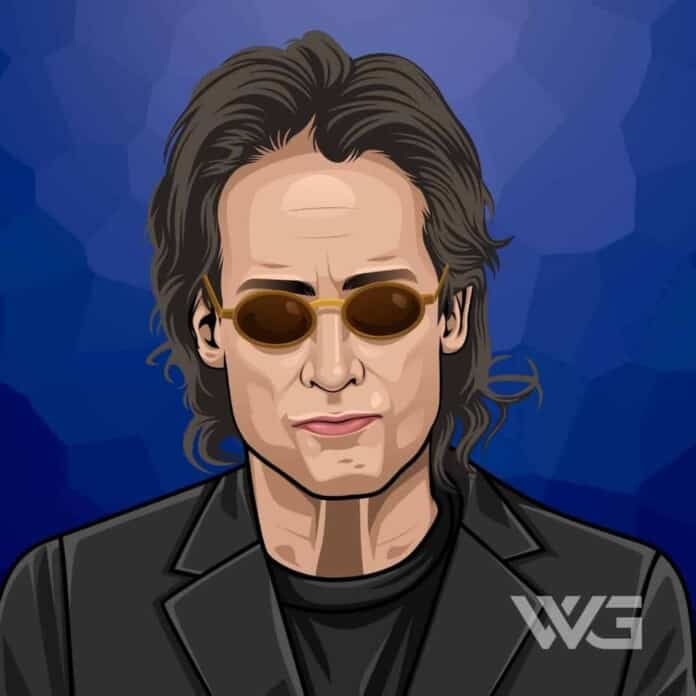 What is Richard Lewis’ net worth?

Richard Lewis is an American comedian and actor.

Lewis rose to fame in the 1980s as a comedian specializing in self-deprecating humor before turning to acting.

Lewis is also best known for co-starring in the comedy series ‘Anything but Love’ and for his recurring and semi-autobiographical role in HBO’s ‘Curb Your Enthusiasm’.

Lewis was raised in Englewood, New Jersey. He graduated from Dwight Morrow High School in 1965.

His father worked as a caterer, and his mother was an actress. His family is Jewish, and he recalls teachers sometimes reacted badly to his antics as a class clown. He attended Ohio State University, where he was a member of the Eta chapter of the Alpha Epsilon Pi fraternity.

Lewis started to perform stand-up comedy in the 1970s. He then worked as a copywriter for an ad agency by day while honing his stand-up act at night. The ad agency was named Contemporary Graphics.

He rose to fame in the 1980s with many appearances on ‘Late Night with David Letterman’ and his own television specials on HBO. Lewis made his screen acting debut in ‘Diary of a Young Comic,’

He has written comic articles for magazines such as Playboy and endorsed the popular early-1990s beverage Boku, as well as Snapple and Certs breath mints.

Lewis plays the lead role of Jimmy Epstein in ‘Drunks and in Game Day.’ Most of his performances are in comedy, but Lewis also appears in the dramatic films ‘Leaving Las Vegas,’ ‘Hugo Pool,’ and ‘The Maze.’

He has had a recurring role in ‘Curb Your Enthusiasm’. Larry David and Lewis met at a summer camp in New York when they were 13 years old.

How Does Richard Lewis Spend His Money?

Here are some of the best highlights of Richard Lewis’ career:

“I read somewhere that when I go on stage, people realize that they’re not me and they feel better. When I walk off the stage, people know who I really am. I’m not saying it’s great comedy, cool comedy or better comedy – but that’s what I do, and I do it first for myself.” – Richard Lewis

“I’m psyched-up when I do radio. I can reach hundreds of thousands of people in a market. And way psyched-up when I’m on television. For people not to take it seriously is foolish.” – Richard Lewis

“I was 23, and all sorts of people were coming in and out and watching me, like Steve Allen and Bette Midler. David Brenner certainly took me under his wing. To drive home to my little dump in New Jersey often knowing that Steve Allen said, ‘You got it’ – that validation kept me going in a big, big way.” – Richard Lewis

“I never gave much thought to anything since I was 22 years old, when I got into the arts, so when Larry David came to my house in 2000, I didn’t even think about it – I just thought about showing up on the set.” – Richard Lewis

“I was way more comfortable in front of strangers than I was in front of relatives. So when they would laugh at my dysfunctions or my anxiety, I felt less alone, and I still do it for the same reason.” – Richard Lewis

Now that you know all about Richard Lewis’ net worth and how he achieved success; let’s take a look at some of the lessons we can learn from him:

When you’re in love it’s the most glorious two and a half days of your life.

When you do something at the moment, it may just be for that stage, that audience, that headspace that you’re in.

There’s a thin line between narcissism, even if it’s healthy narcissism and entertainment.

How much is Richard Lewis worth?

Richard Lewis’ net worth is estimated to be $7 Million.

How old is Richard Lewis?

How tall is Richard Lewis?

Richard Lewis is an American comedian and actor.

Lewis is most widely recognized for his work as a stand-up comedian in the early 80’s and for his role on the television show ‘Anything But Love.’ Lewis also appeared on a number of other shows including, ‘Rude Awakening,’ ‘Everybody Hates Chris’, ‘Curb Your Enthusiasm,’ and ‘Two and a Half Men.’

What do you think about Richard Lewis’ net worth? Leave a comment below.