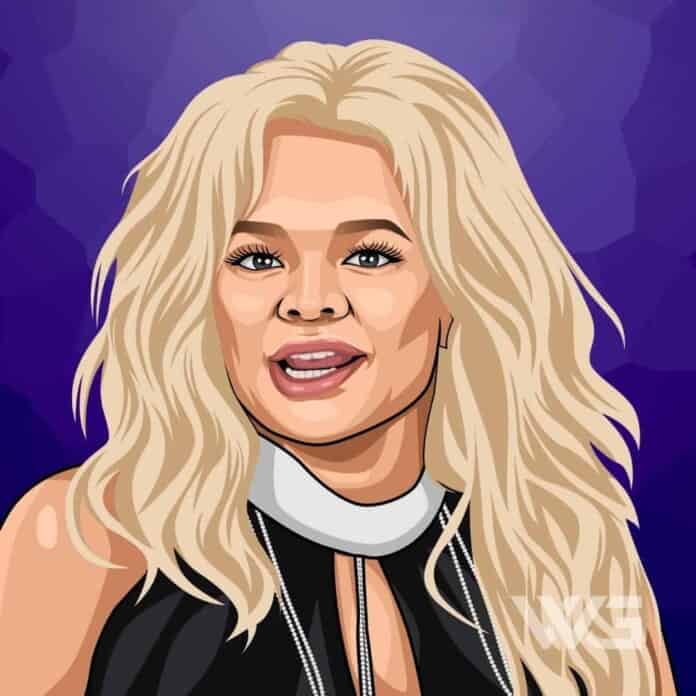 What is Trisha Paytas’ net worth?

Trisha Paytas is an American media personality, video blogger, and singer-songwriter from California. Paytas was raised in Illinois before relocating to Los Angeles in her teens.

After moving, Paytas became a stripper and began acting on the side, primarily as an extra.

Trisha Paytas was born on the 8th of May, 1988, in Riverside, California. Paytas is the daughter of Frank and Lenna. She is of Hungarian descent.

Her parents divorced when she was three years old, after which she relocated with her mother to Illinois. Paytas was raised outside Rockford, Illinois in the city of Freeport. From 1996 to 2003, she lived in Byron.

Struggling to find her feet in the industry, Trisha began working as a stripper to support herself, while signing up for minor modeling assignments and foreign commercials.

In 2006, she made her television debut as a presenter in the much-hyped yet short-lived ‘Greg Behrendt Show’. In the following year, she contested in the second season of ‘Who wants to be a Superhero?’.

A little further down the road, Trisha started vlogging proactively on YouTube. The initial V-logs consisted mostly of tributes to acclaimed filmmaker Quentin Tarantino – whom she idolized – and short, random sketches.

Well, it depends on the whims of the ever-so-volatile Trisha. From fashion and beauty tips to relationship advice; from intensely personal confessions to meltdowns; from incredibly silly bantering to naïve rants, Trisha’s channel has all the ingredients to whet the appetites of the audience.

Here are some of the best highlights of Trisha Paytas’ career:

“I’ve always wanted a penis because for me it makes dating easier. I’ve dated gay men, and this is what offended people in my video when I date gay men, a lot of gay men think I’m not man enough because I don’t have a penis.” – Trisha Paytas

“I think that’s why I wanted to share my story because I am still figuring it out. Even from a young age, I had a hormonal imbalance where I knew I wasn’t female.” – Trisha Paytas

“Everyone’s like, ‘You need to take a break. I used to do a bunch of pills and drugs, but I don’t do that anymore, so now I just do YouTube. And that’s the only thing that gets me through. And Jesus, of course.” – Trisha Paytas

Now that you know all about Trisha Paytas’ net worth, and how she achieved success; let’s take a look at some of the strongest lessons we can learn from her:

Whenever you want to achieve something, keep your eyes open, concentrate and make sure you know exactly what it is you want.

Believe in yourself. Have faith in your abilities. Without humble but reasonable confidence in your own powers you cannot be successful or happy.

What to do with a mistake – recognize it, admit it, learn from it, forget it.

How much is Trisha Paytas worth?

Trisha Paytas’ net worth is estimated to be $10 Million.

How old is Trisha Paytas?

How tall is Trisha Paytas?

Trisha Paytas is an American media personality, actress, recording artist, and entrepreneur who has appeared in several music videos including for artists like Amy Winehouse and Eminem.

What do you think about Trisha Paytas’ net worth? Leave a comment below.