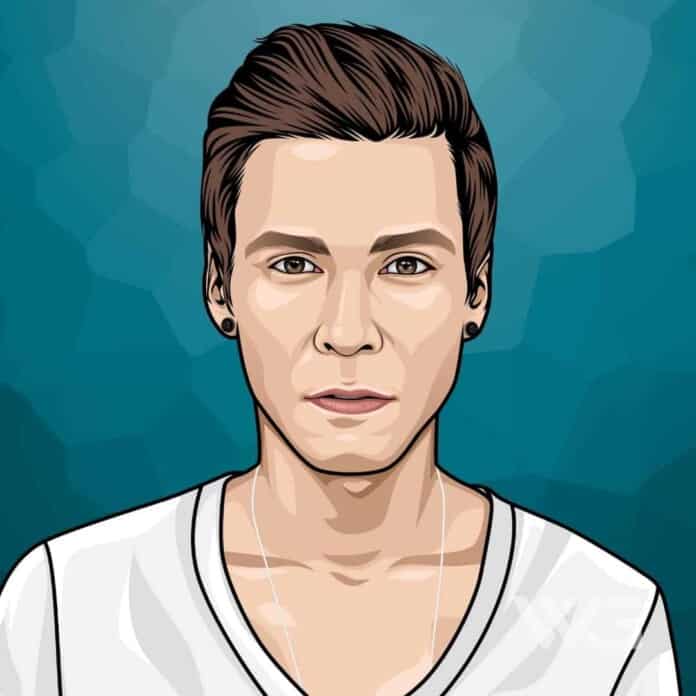 What is Matthew Koma’s net worth?

Matthew Koma is a singer, songwriter, DJ, and record producer who has created an impressive net worth by creating music and writing songs for other artists.

While his overall net worth is combined with his wife, actress Hilary Duff, Matthew Koma brings in a lot of money by himself and certainly isn’t at risk of going broke anytime soon.

As of February 2023, Matthew Koma’s net worth is estimated to be $25 Million.

Matthew Koma was born on Long Island in 1987 to Gerald and Rhonda Bair.

Growing up, Koma attended Seaford High School but always took an interest in music, composing songs by the time he was nine.

By the time he was 16, Koma was distributing his own music, first getting involved in the punk rock music scene before transitioning from pop into hip-hop and eventually EDM.

He was strongly influenced by Bruce Springsteen and Elvis Costello and made an effort to create his own musical style using a variety of genres.

Matthew Koma was first noticed by Jimmy Iovine, who signed him with Interscope Records, which enabled him to release his first EP, Parachute, in May 2012.

Since releasing his EP, Matthew Koma has collaborated with many notable artists and DJs, even taking part in the Sorry For Party Rocking world tour with LMFAO and the Far East Movement.

When Bruce Springsteen released the song “Rocky Ground,” Koma co-produced a remix with Ron Aniello that was included on Springsteen’s album Wrecking Ball.

In 2015, Matthew Koma was featured in Kia Motors’ online video series Rediscovered, where he covered “Tracks of My Tears” by The Miracles before being surprised by an appearance from Smokey Robinson.

The same year, Koma collaborated with The Knocks on their song, “I Wish (My Taylor Swift), which appeared on the group’s 2016 album.

Koma also collaborated in 2017 on Shania Twain‘s fifth album, Now, including on her lead single “Life’s About to Get Good,” and in 2020, Matthew Koma also co-produced and co-wrote the single “Change Your Mind” by Keith Urban.

While Koma isn’t one of the richest DJs in the world, he does have a steady income.

Throughout his career, we know a couple of things about his overall career earnings, including:

Although most of his net worth comes from his combined finances with his wife, Hilary Duff, Matthew Koma has a steady income on his own, and he certainly isn’t strapped for cash.

Hilary also has a son, Luca Cruz Comrie, from her previous marriage to hockey player Mike Comrie, who is Matthew Koma’s stepson.

Early in his life, Koma struggled with anorexia, which hit him hard during the time he was releasing his first couple of hit songs.

While he has since overcome the disorder, in 2017, he released the song “Dear Ana,” confessing that he almost lost his life to the disease.

Matthew Koma is very active on his official Instagram page, often posting about his life and his music.

Similarly, his official website showcases all of his work and upcoming tours, as well as news relating to future projects.

As a singer, songwriter, DJ, and record producer, Matthew Koma has won and been nominated for a few considerable awards.

Here are some highlights from Matthew Koma’s career:

How Does Matthew Koma Spend His Money?

Although Matthew Koma and his wife Hilary tend not to flaunt their wealth, we do know a few things about how the couple spends their money.

Most notably, the couple owns a home in Los Angeles, and it was also the place where they held their low-key wedding.

The 5,260 sqft Georgian-style Beverly Hills mansion is secluded and surrounded by tall hedges that enclose the backyard, while the inside is bright with a mix of modern and vintage styles.

Although Duff first purchased the home, Koma moved in after the pair married and now lives there with his wife and children.

Matthew Koma may not have had the longest career in the industry, but he has enjoyed many important milestones that have been significant to his success.

Here are some of the best highlights of Matthew Koma’s career:

Although Matthew Koma tends to let his music speak for him, he has been known to say some pretty awesome things.

Here are our favorite quotes from Matthew Koma:

Now that you know all about Matthew Koma’s net worth, we can look at the unique lessons about success that his career can teach us.

Here are some of the best success lessons to learn from Matthew Koma:

To be successful in anything, you have to stay committed and never give up, even when giving up seems like the easiest course of action.

Accepting that things will be hard sometimes and committing yourself to work through them is one of the most important aspects of becoming successful.

Matthew Koma has collaborated with many famous artists throughout his career, enabling him to become incredibly successful.

While it may be tempting to try and handle everything on your own, collaboration can be vital for expanding your horizons and finding opportunities that would otherwise be missed.

Everyone has something they are passionate about, and finding out how to integrate that into your success can be a great way to stay motivated.

Similarly, even finding time to pursue a specific passion in your free time can go a long way toward preventing burnout so that you can stay on top of your game for as long as possible.

Matthew Koma may not be the richest DJ in the entertainment industry, but he certainly has made a name for himself.

However, he is still fairly early in his career, so we can expect to see his net worth continue to increase steadily as he continues working on projects and new collaborations.

Be sure to check back regularly to stay up-to-date on Koma’s net worth!

As of February 2023, Matthew Koma’s net worth is estimated to be $25 Million.

What do you think about Matthew Koma’s net worth? Leave a comment below.