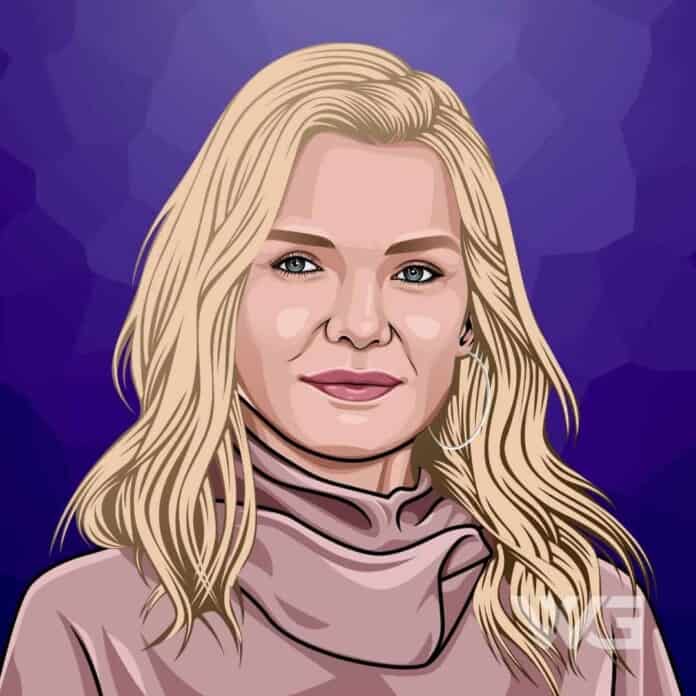 What is Michelle Pfeiffer’s net worth?

Michelle Pfeiffer is regarded as one of the most renowned actresses of the past several decades, and since 1978 she has entertained people with her incredible skills.

While she began in minor television roles, she quickly rose to become one of Hollywood’s most well-known and well-paid A-listers.

As of February 2023, Michelle Pfeiffer’s net worth is estimated to be $250 Million.

Michelle Marie Pfeiffer was born in Santa Ana, California, in 1958 as the second of four children.

While she was young, her family moved to Midway City, another Orange County community where she spent most of her childhood.

In college, she was a member of Alpha Delta Pi and spent a small amount of time training to be a court stenographer before deciding to pursue acting.

After winning the Miss Orange Country Pageant in 1978 and placing 6th at Miss California, Pfeiffer began auditioning for film and TV roles.

Michelle Pfeiffer’s debut came in 1978 in an episode of Fantasy Island. Other television roles quickly followed, including Delta House, Enos, and B.A.D. Cats.

Her first major film debut was as the female lead in Grease 2 in 1982. However, this sequel was a commercial and critical failure, unable to compete with its predecessor, and it led to Pfeiffer being refused auditions.

Fortunately, she landed a role in Scarface, playing Elvira Hancock, and things started looking up after the film’s success, enabling her to star in The Witches of Eastwick alongside Jack Nicholson, Susan Sarandon, and Cher.

In 1988, for the role of Angela de Marco in Married to the Mob, she received her first Golden Globe nomination for Best Actress, and by 1990, Pfeiffer had begun to earn $1 million per film.

In 1992, Pfeiffer took on the role of Cat Woman in Batman Returns alongside Michael Keaton, and after receiving universal acclaim, her performance in the movie is often considered to be the best portrayal of Cat Woman of all time.

Throughout the 90s, Pfeiffer starred in 14 more films and took a break in the early 2000s to focus more on her family, though her hiatus didn’t last very long, and she went on to appear in What Lies Beneath in 2000 and I Am Sam in 2001.

Pfeiffer returned to the superhero genre in 2018 as Janet Van Dyne in Ant-Man and the Wasp, briefly returning to the Marvel Cinematic Universe again in Avengers: Endgame.

More recently, Pfeiffer is slated to return in Ant-Man and the Wasp: Quantumania in 2023 and has also been cast in two additional films, Wild Four O’Clocks and Francis Ford Coppola’s Megalopolis.

While we don’t know precisely what Michelle Pfeiffer has made for every project, we do know a couple of details that help us understand how she’s come to build her net worth.

Some of her most notable career earnings include:

As one of Hollywood’s most well-known and talented actresses, it is evident that studios are willing to pay big bucks for her skills, and her net worth has certainly benefited from all of her roles.

Michelle Pfeiffer married upcoming actor Peter Horton in 1981, and during their honeymoon, she found out about her casting in Grease 2.

However, after it was discovered that Pfeiffer had an affair with John Malkovich while starring together in Dangerous Liaisons, the couple separated in 1988, divorcing two years later.

She also advertises her fragrance line, Henry Rose, which she is the founder and creative director for.

With such a prolific career, Michelle Pfeiffer has garnered many awards and nominations.

Here are some highlights from Michelle Pfeiffer’s career:

How Does Michelle Pfeiffer Spend Her Money?

In 2016, Pfeiffer bought two homes in the Pacific Palisades neighborhood in Los Angeles for $15.85 million. She bought another home, a Mediterranean-style villa, in the same neighborhood in 2020 for $22.5 million.

Pfeiffer is also known to own a property in British Columbia, where she had a $35 million cabin retreat built.

As for beauty, Pfeiffer is outspoken about her support of natural beauty, often using skincare products from Sodashi. This Australian company focuses on natural ingredients.

While not one of the most expensive makeup brands in the world, many of their products cost upwards of $100, making them something only the wealthiest buyers can purchase.

Pfeiffer also gives a lot of money to non-profit organizations, including the American Cancer Society, the Alzheimer’s Association, and the Small Steps Project.

Throughout Michelle Pfeiffer’s long career, she has hit many significant milestones that have helped her succeed.

Here are some of the best highlights of Michelle Pfeiffer’s career:

Michelle Pfeiffer has said many noteworthy things throughout her career, but some stand out more than others.

Here are our favorite quotes from Michelle Pfeiffer:

Now that you know all about Michelle Pfeiffer’s net worth, we can look at the lessons her career can teach us about how to succeed in our own goals.

Here are some of the best success lessons to learn from Michelle Pfeiffer:

1. Know What You’re Worth

Michelle Pfeiffer knows exactly how much she is worth and her net worth has steadily increased due to her incredible earnings.

No matter what industry you’re trying to succeed in, it’s important to know your value and don’t sell yourself short when it comes to negotiating your own salary.

While you may not be able to jump into a field and demand $1 million per year, you don’t want to get less than what your skill set is worth.

2. Don’t Hold Yourself Back

No matter who you are, it is easy to feel like a fraud at some point or another, and even Michelle Pfeiffer has experienced this.

However, when you start to doubt your skills, it is vital to remember that the feeling is normal and not an accurate reflection of your success.

Staying productive is easier said than done, but it is essential if you want to be successful.

No matter what you’re doing, give it your all, and if you’re having trouble finding your motivation, try taking a short break or talking to someone who can help you get back on your game.

Michelle Pfeiffer is one of the highest-paid and most well-known actresses in Hollywood, and she has the incredible net worth to prove it.

Given the amount of projects she has coming up in the future, we expect her net worth to continue increasing, so be sure to check back often for updates!

As of February 2023, Michelle Pfeiffer’s net worth is estimated to be $250 Million.

What do you think about Michelle Pfeiffer’s net worth? Leave a comment below.