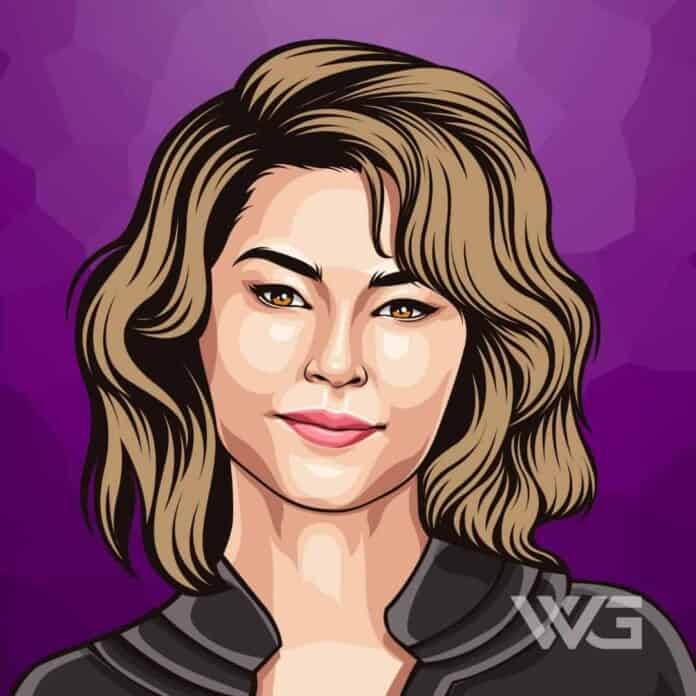 What is Shania Twain’s net worth?

Shania Twain is a Canadian singer, songwriter, and actress from Ontario.

Twain has sold over 100 million records, making her the best-selling female artist in country music history and among the best-selling music artists of all time. Her success garnered her several honorific titles including the “Queen of Country Pop”.

Eilleen Regina Edwards was born on the 28th of August, 1965, in Windsor, Ontario. Twain is the daughter of Sharon and Clarence Edwards. Her parents divorced when she was two and her mother moved to Timmins, Ontario with her daughters.

Her confirmed ancestry includes English, French, and Irish. Through a maternal great-grandmother, she is a descendant of French carpenter Zacharie Cloutier. Her Irish maternal grandmother, Eileen Pearce, emigrated from Newbridge, County Kildare.

Twain recorded a demo tape and sent them to record executives. Mercury Nashville Records recognized her potential and signed a contract with her. Her debut album, the self-titled ‘Shania Twain’ was released in 1993. The album received positive reviews, and gave two minor hits, ‘What made you say that’ and ‘Dance with the one that brought you’.

She released her second studio album, ‘The Woman in Me’ in 1995. She had written or co-written most of the songs in this album. It became a bestseller, peaking at No.1 in the U.S. Billboard Top Country Albums. Her album ‘Come on Over’ was brought out in 1997. The album became a blockbuster and went on to become one of the biggest selling albums in Canadian music history.

Three versions of her next album, ‘Up!’ were released in 2002, including a pop version, a country version, and an international version. The album went Diamond.

She released a compilation album ‘Greatest Hits’ in 2004. The album consisted of 17 hits from her previous albums and featured three new songs.

She starred in a reality show, ‘Why Not? With Shania Twain’ which premiered on Oprah Winfrey Network in 2011.

Here are some of the best highlights of Shania Twain’s career:

“I lost my sense of trust, honesty, and compassion. I crashed down and became what I consider an emotional mess. I’ve never been so miserable in my whole life. I just wanted to go to bed and never get up.” – Shania Twain

“Because I think it stifles you creatively. I don’t want to have to care too much about that. All I care about is what the fans think. It’s really all I care about, honestly.” – Shania Twain

“Yes, you can lose somebody overnight, yes, your whole life can be turned upside down. Life is short. It can come and go like a feather in the wind.” – Shania Twain

“I certainly don’t think you need to be famous to want to leave a legacy, but when you are famous, it’s even more likely that your child will get the wrong perspective on your life if you die prematurely.” – Shania Twain

“Dysphonia is not a singing problem. It’s a voice box issue in the muscle on the voice, very different from having a nodule on the vocal cords, which I’ve never had. I’m lucky that I’ve never had that. It needs a long renewal time, and even today, I am still addressing it.” – Shania Twain

Now that you know all about Shania Twain’s net worth, and how she achieved success; let’s take a look at some of the best lessons we can learn from her about life:

Twain’s biggest hit, “Man! I Feel Like a Woman!,” has also become a mantra of womanhood in general. With its catchy beat and uplifting message, girls (and women) everywhere not only embrace being a woman with this song, but they also embrace singing about it at the top of their lungs.

2. Look Towards the Future

“From this moment, as long as I live, I will love you, I promise you this…” Sure, at the outset it seems like “From This Moment On” is a regular old love song, but what we love most about it is that it taught us to forget the past, live in the present, and dream of a bright and shiny future.

“We mighta took the long way, we knew we’d get there someday. Life is a journey, not a destination — right? No one seems to hit that theme better than Twain with her lyrics in yet another smash hit, “Looks Like We Made It.”

How much is Shania Twain worth?

Shania Twain’s net worth is estimated to be $400 Million.

How old is Shania Twain?

How tall is Shania Twain?

Shania Twain is one of the top best selling singers in Canada, second only to Celine Dion. Her album ‘Come on Over’ is the best selling country album of all time. The Grammy award-winning singer is also a world-class songwriter who has won multiple BMI songwriter awards.

What do you think about Shania Twain’s net worth? Leave a comment below.

What is Michael Vicks' net worth? Introduction As of ,...